Tony Romo, as you likely know by now, is a heck of a golfer, even if he’s missed cuts in PGA Tour appearances. Romo, 41, has made four (...) 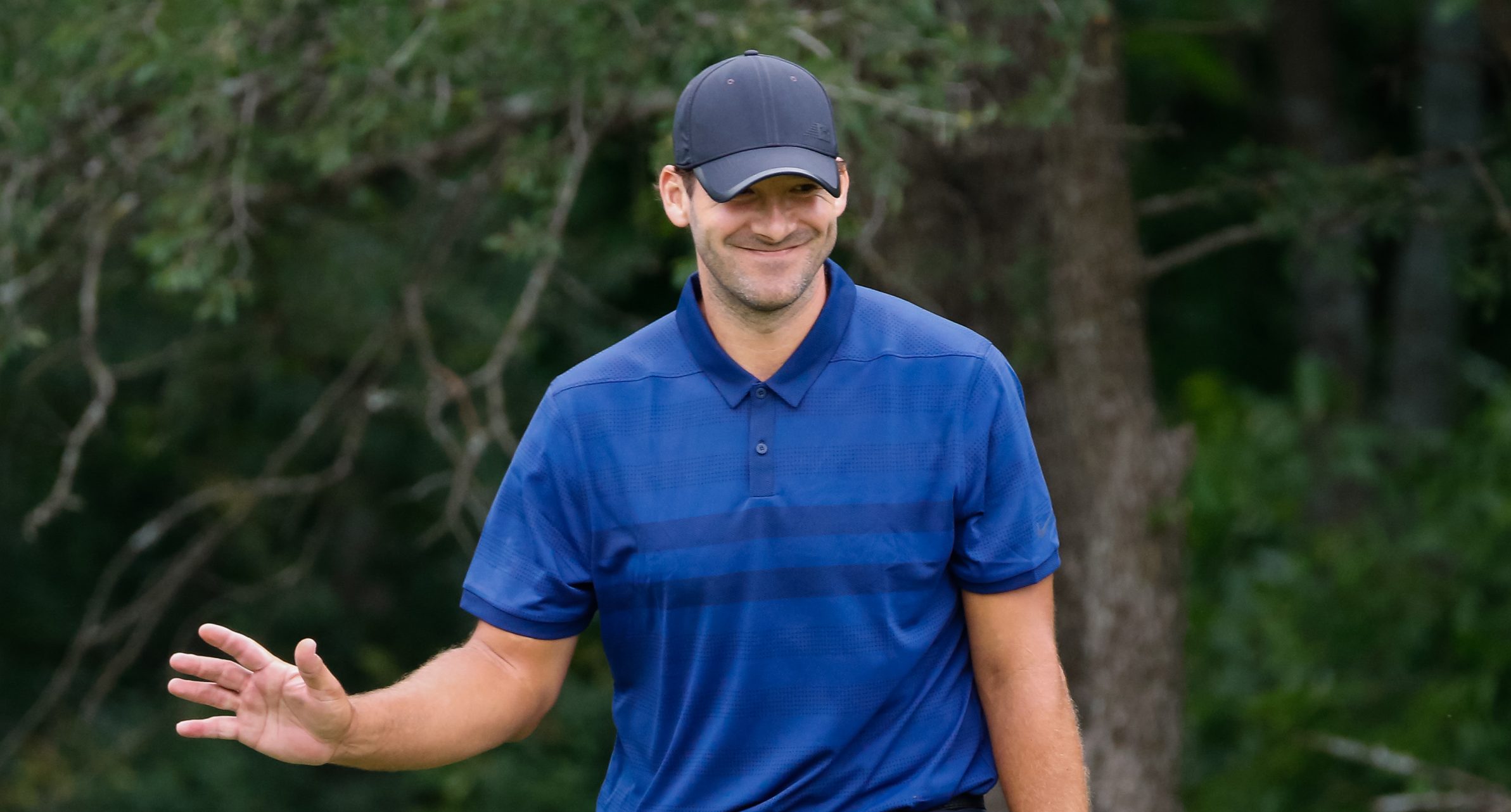 Tony Romo, as you likely know by now, is a heck of a golfer, even if he’s missed cuts in PGA Tour appearances.

Romo, 41, has made four starts on the PGA Tour since his retirement from the NFL, missing the cut and failing to break 70 in each event. His most-recent pro start was last July at the Korn Ferry Tour’s Price Cutter Charity Championship, where he withdrew with a wrist injury.

This week, he’s playing in a Korn Ferry Tour event, which means he’s still playing with some talented golfers. He got a sponsor’s exemption to play at the Veritex Bank Championship, and on his very first hole at Texas Rangers Golf Club, he managed to chip in a shot for an eagle.

Look at this shot from a couple of angles — he’s on top of a little hill and needs to put the right amount of speed on it and land it just right … and he does!

This is Tony Romo’s eagle on 10. A wonderful fan sent this to me. ⁦@andyalberth⁩ pic.twitter.com/EpagOEE6mO

'Addicted to it': Why Jordan Wilson is next in this Oklahoma State men's golf pipeline

Mike Davis is leaving the USGA to pursue lifelong passion...

Michelle Wie West has signed up for the U.S. Women's Open....

The Scottish Open looks downright miserable — but there...