We Really Dig This Adorable and Affordable Hobbit House in Wisconsin

While driving around an established neighborhood of traditional homes in Madison, WI, one residence on Stevens Street stands out. Or—doesn't stand out. The post We Really Dig This Adorable and Affordable Hobbit House in Wisconsin appeared first on Real Estate News & Insights | realtor.com®. 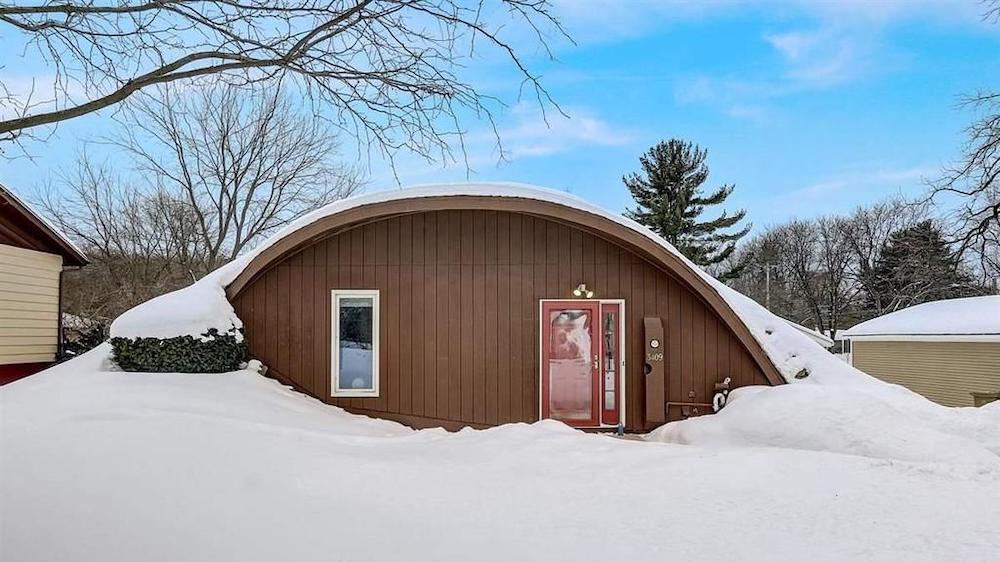 For anyone driving around an established neighborhood of traditional homes in Madison, WI, one residence on Stevens Street stands out. Or doesn’t stand out.

“It’s an earth-sheltered home. Not necessarily built into the ground, but it’s earth-covered on the roof and on a couple of sides,” explains the listing agent, Jennifer Rios. “It’s in a kind of older neighborhood, with typical midcentury homes and older.”

She says she doesn’t believe any comparable earth-covered home can be found within at least a 10-mile radius.

The style has proved popular with buyers. The home was listed for $329,900, and multiple offers above the listing price came in after just a few days on the market.

“We went into it not really knowing what to expect with the uniqueness of the home,” Rios explains. “I laid out two scenarios: In this market, we’ll either see a very quick turnaround, or we may sit awhile. We tested it and had the best outcome possible.”

The home has two bedrooms, 1.5 bathrooms, plenty of living space, and is surprisingly bright.

“It has full exposure on the back side, so there’s lots of nice natural light,” Rios says. “Because of its earth-covered roof and partially on the sides, it’s very temperate inside. The earth provides a really nice installation and flow of air.”

Which adds up to lower electricity bills—a boon in this part of the country.

Watch: Idaho Home Perched on a Lake Is a Storybook Fantasy Come to Life

Built in 1980, the home has only had two owners in the past 41 years, and the current owner has lived there for 26 years.

Rios says she feels a perfect buyer would be somebody who is environmentally conscious and appreciates the uniqueness of an earth home, and who also likes being able to walk or bike around the city.

She grew up in the neighborhood and knows this distinctive dwelling quite well.

“I would ride my bike by, and wonder who in the world lives there,” she says.

Now that Rios has been inside and scoped out the place, she says that looks are deceiving.

“When you walk in, you kind of feel like you’re entering a hobbit house,” she says. “It’s really surprising when you open the front door, and it’s an abundance of natural light. It feels like a very traditional home for the most part, except for the curved roof line.”

The curve is an interesting flourish.

“It creates such a nice sort of vaulted ceiling effect, but it’s kind of open and airy, which is what a lot of people like nowadays,” Rios adds.

Inside, the house doesn’t need require any more maintenance than any other 40-year-old home, but Rios points out that the roof does need attention and upkeep—at least after the snow melts.

“You can let it go and become real grassy, or you can mow it,” she says. “The sellers have just gone up there with a weed whacker a couple of times a year.”

Landlords and tenants need to ‘work together’ during covid...

Behind the Scenes on ‘Home Town’: A Season 4 Participant...

Keeping Germs at the Front Door