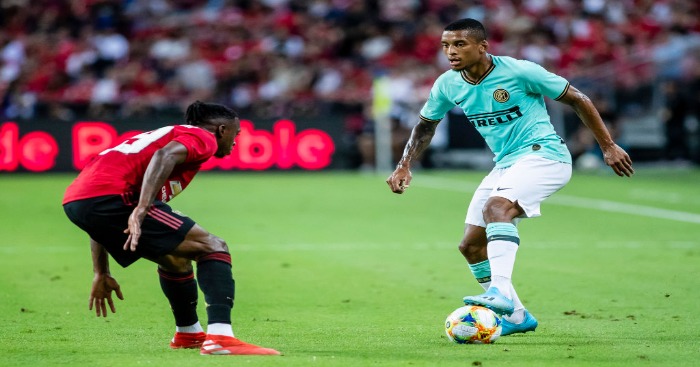 West Ham and Newcastle United are planning a move for Inter Milan left-back Dalbert Henrique, according to reports in Italy.

The 26-year-old signed for Inter from French side Nice in August 2017 on a five-year deal.

But the transfer has not gone to plan for the Brazillian. Henrique only made 24 Serie A appearances across his first two seasons at the club.

In the 2019/20 campaign, Henrique spent the year on loan with Milan’s league rivals Florentina. The full-back enjoyed a far stronger season last term with his new club.

He made 34 appearances in all competitions, and he provided nine assists as Florentina finished tenth in Serie A.

Henrique has now returned to Inter, but he is not a part of Antonio Conte’s plans and they hope to cash in on him this summer.

According to , this has alerted West Ham and Newcastle who are both keen to sign Henrique this window.

The report adds that the Hammers have already contacted the player’s agent, and Inter may demand a fee of around £18m if they are to sell their man.

West Ham seem keen to bring in a new left-back who can challenge Aaron Cresswell for a starting spot.

Tomas Soucek is the only player to join West Ham this summer. The midfielder has joined on a permanent deal worth around £15m after he spent last season on loan at the London Stadium.

But the Magpies have had a busy weekend on the transfer front. They are close to finalising three deals that will see .

Steve Bruce’s side are also close to signing Norwich full-back Jamal Lewis, after having a £13.5m bid for the youngster accepted.

Former agent of Messi names his next club after Man Utd...