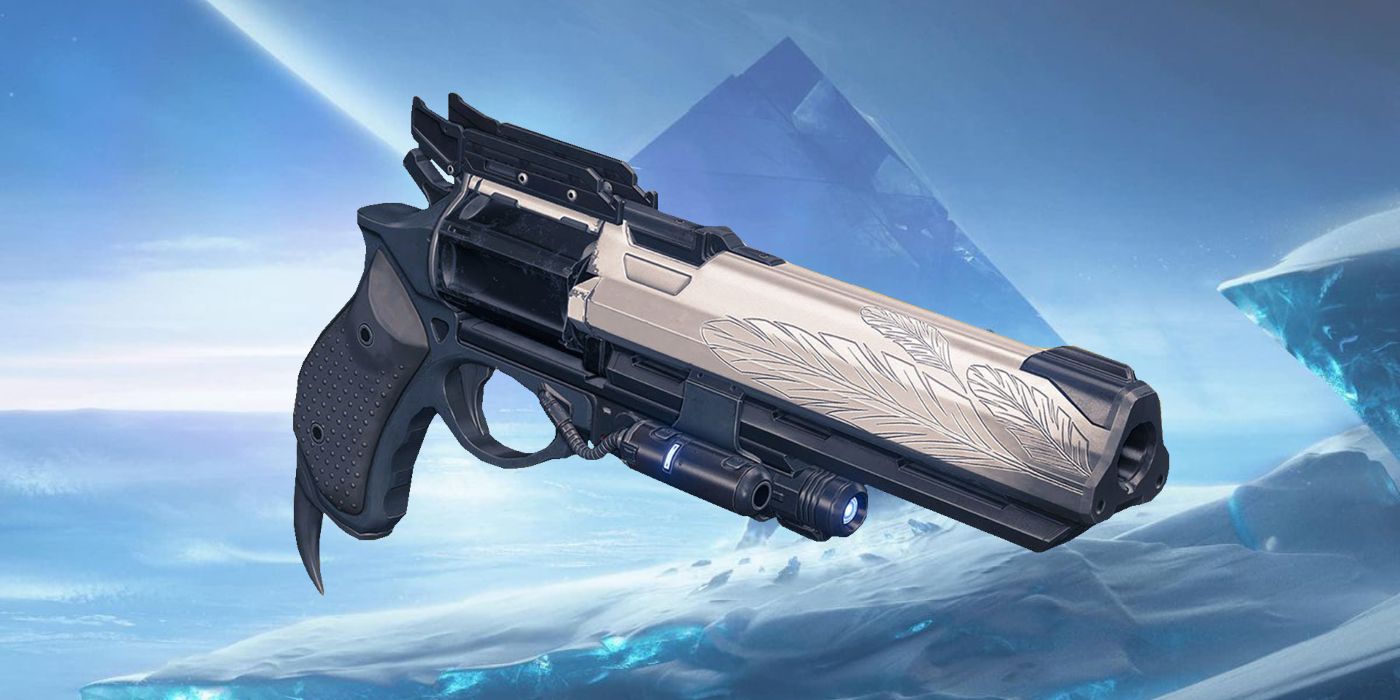 With recently releasing the quest to earn the catalyst and random rolls for Hawkmoon, an exotic hand cannon, some might wonder if Bungie has similar plans for other exotics in the future. Hawkmoon is the first exotic weapon in Destiny 2's history to give players the ability to re-roll any of its perks. This has the potential to open up future exotics, or even past ones, for re-rolling perks.

Destiny 2 is very much a game about getting loot and hoping for a specific roll on a weapon. Exotic weapons have always been a tad different, since they drop with static rolls that never change, no matter how many times a player obtains them. Given this is the way Bungie has been designing exotic weapons since launched in 2014, having something like Hawkmoon be capable of rolling with a new perk on subsequent drops is significant.

Related: How to Get the Fourth Mark Ship in Destiny 2

When , players were suddenly given the ability to get exotic armor with varying degrees of stats, providing a level of randomization and customization that wasn't there before. Weapons haven't been left completely out of updates and improvements, yet there hasn't been a similar overhaul of Destiny 2's exotic guns. Even if Hawkmoon's randomized perk isn't a hint at something more for exotics in the future, perhaps it could be a sign Bungie is working on exotic guns behind the scenes, testing different ideas with Destiny 2's audience.

Hawkmoon's randomizing perk, itself, could be the determining factor in whether Bungie plans to give other exotic weapons randomized perks. Named "Transformative," the perk states, "Future drops of this weapon will have random rolls." Normally, an exotic has an intrinsic trait and a perk that compliments that trait, but Hawkmoon's is simply this randomized perk, which gets replaced with one of the many perks from its available pool. Because Transformative is the special perk for Hawkmoon, and each exotic's special perk is unique to that exotic, it's entirely possible this characteristic will be unique to Hawkmoon alone.

Still, the idea of obtaining an exotic  is an attractive one. Being able to roll a Duality with Trench Barrel or Reconstruction, for instance, would absolutely kick up excitement for exotic weapons. Sunsetting older weapons is a common complaint among Destiny 2 players at the moment, and introducing a randomized perk on exotic weapons could be something new to cut the sting of sunsetting (as long as randomized exotics wouldn't eventually be sunset, too).

Since earning new versions of Hawkmoon is tied to a specific quest, and since the perk is technically Hawkmoon's special exotic perk, it isn't likely this will be a trend with future exotic weapons. Plenty of players would probably be concerned that randomized exotics would be far too powerful - and those concerns would be founded. But, as Bungie often takes the safe route, making Hawkmoon's randomized perk rolls the first of many like them could breath new life into  exotic weapon pool.

Next: What Destiny 2 Fans Still Don't Know About The Exo Stranger

10 Iconic Characters Who Had To Repress Their Magical Abilities

Movie Theaters May Be Acquired By Amazon | Screen Rant