What Is The Emergency Descent Mode On The Airbus A220?

Modern aircraft are fitted with new systems that give airlines another layer of safety on their services. One… 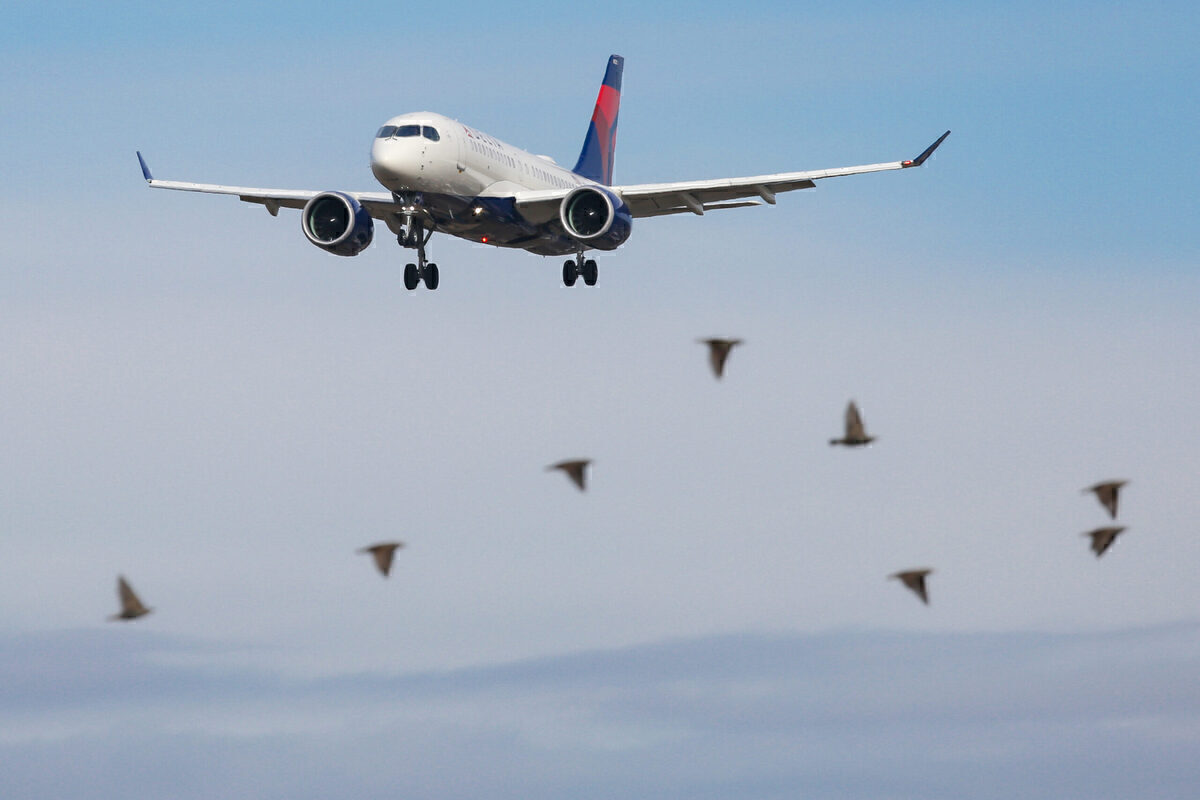 Modern aircraft are fitted with new systems that give airlines another layer of safety on their services. One such feature is the Emergency Descent Mode (EDM) that is part of the Airbus A220 Automatic Flight Control System (AFCS). This system can help the aircraft descend rapidly if there is a depressurization emergency.

The Emergency Descent Mode can be activated automatically or manually. The automatic mode initiates when the cabin altitude exceeds 14,500 feet while the plane cruises above 25,000 feet.

A220 pilot Hicham Chraibi tells Simple Flying that without any input from the flight deck crew, the system automatically carries out the following:

Actions the “EMERGENCY DESCENT” aural warning.
Deploys the autopilot if not deployed already.
Activates the auto-throttle if not engaged already.
Decreases the thrust to idle.
Sets 15,000 feet in the autopilot altitude window.
Initiates a rapid, high-speed descent
Engages the heading mode and flies the plane’s present heading
Sets the Emergency Transponder code to 7700
Sets the Seat Belt sign to ON

Altogether, the manual and automatic mode perform the same features automatically except “Sets Emergency Transponder code to 7700” and “Seat Belt sign to ON.” These factors are solely part of the automatic activation mode. Nonetheless, all these tools are conducted manually and by memory by pilots on older generation planes. Therefore, there was a previously greater risk due to pilots having to remember all these procedures effectively during a sensitive moment.

Notably, the processes are reviewed regularly during yearly simulator training. Now, with these automatic systems, there is even greater security in the cockpit.

Importantly, EDM could have been integral in preventing several previous tragedies in the skies. For instance, on August 14th, 2005, a Helios Airways Boeing 737-31S was performing flight 522 from Larnaca, Cyprus to Prague, Czech Republic, with a stopover to Athens, Greece, but the aircraft crashed amid crew incapacitation due to loss of pressurization. Had EDM been around, 121 lives could have been saved that day.

This type of system can be seen across the board with modern aircraft. For instance, the Airbus A350-1000 is equipped with a safety feature that will now be standard across all of the widebody’s models, the automated emergency descent (AED). This tool engages the plane’s autopilot function to automatically and quickly lower the aircraft in the event of cabin depressurization.

This mode is activated when the cabin pressure falls below a predetermined limit. After alerting the flight crew, the system engages the autopilot to bring the jet to a lower, safe altitude if there is no reaction from the crew members within 15 seconds.

“Depressurisation events are extremely rare,” said Yann Besse, an autopilot laboratory test team engineer for Airbus in a statement shared by the manufacturer.

“Our goal was a simple system that provides significant workload alleviation when a rapid descent is required.”

Overall, these systems highlight how far passenger aviation technology has come over the years. Even though such emergencies are rare, if they do happen, all relevant factors must be considered. So, these processes will go a long way in the mission to maintain safe operations.

What are your thoughts about the Emergency Descent Mode? Have you controlled an aircraft that holds this sort of technology? Let us know what you think of the systems in the comment section.

What Was The Vickers Vanguard Turboprop?