Discover The Best Tips For Short Guys to Attract Mega-Hot Girls (Without Spending A Single Dime)… Click Here to Discover ... Read more 513 Views The post What She REALLY Means When She Says She “Only Dates Tall Guys” (And How to Sleep With Her Even If You’re Short) appeared first on Gotham Club. 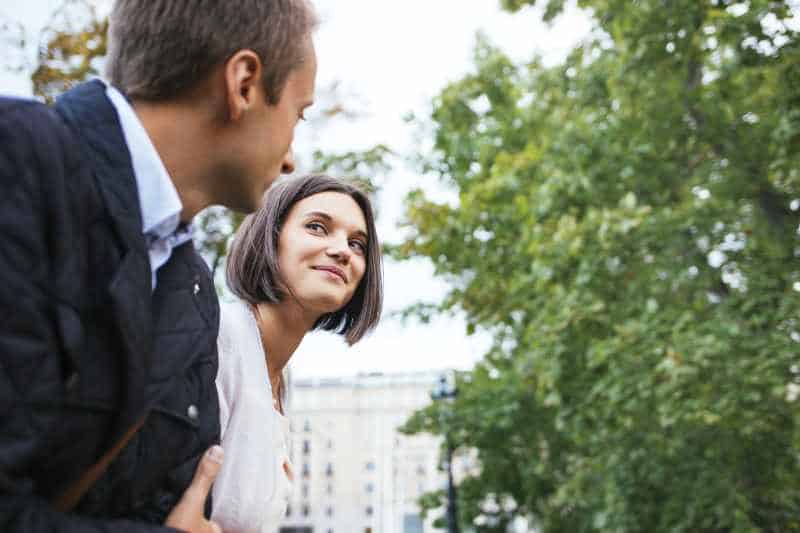 A lot of guys–my clients, and even guys who just ask me a couple questions in a seminar or out in a bar or lounge–feel that it’s easier for women than men.

“Women are the choosers,” they tell me. Guys have to work at it, while women can just say yes (or stop saying no) to one of the endless offers they’re getting.

A lot of guys feel, for example, that women prefer a taller guy. If you’re 5'5″ or below, that’s a hard stop in your mind. You can’t just be taller, can you?

But what if it doesn’t matter?

Contrary to what most guys today believe… what if a tall guy isn’t really what she wants?

What if YOU are the real chooser?

If there’s a guy with your personality, masculinity and familiarity with her–in other words she knows him as well or as little as she does you–then yes, taller you is better than shorter you.

But it’s not real.

What she thinks of as a preference for a certain height is not as real as she thinks.

And it’s not as real as you think, either.

Liking height is no different.

Find out–for the specific woman you are talking to–what she likes and why.

If the answer sounds like a physical trait, you are probably not listening. Almost certainly, what she likes about height–or anything else–is usually some feeling that it gives her.

Here’s An Example From My Personal Life…

For my tall female friend, for example, a delicate self-esteem means that she feels like if she’s with a guy less than 6’2”, she looks gigantic.

Once you know the feeling she achieves with the trait she’s looking for, you can focus on helping her achieve that feeling while being with you.

For my female friend, one of her best relationships was with a guy who was about her same height.

And that’s because he managed to produce the right feelings despite not fitting the criteria.

This is always the solution to the impossibles–whether they are looks, height, money, a house by the beach, or a full head of hair.

These types of physical things are never the actually desired thing.

They are rather means goals. They’re the means to an end. There’s a feeling that this physical thing gives her, and that’s the end goal.

How do you let your chubby body, thinning hair, small stature and gaping bank account produce the end goals that she really desires?

THIS Is What Really Gets Her In Bed (No Matter Your Height, Weight Or Hairline)…

Eventually, your self-acceptance and confidence will many times do the work for you.

Until then, though, let’s give you a plan of action.

What do you say to turn your shortcomings into her desires?

Well, first of all, that’s not what it is.

There’s no magic bullet, and to put it even more accurately, there’s no one-size-fits-all solution at this end of the problem.

What do I mean?

I mean that at the beginning, all you know is that she likes height, or money or hair, or whatever.

What you need to know, before you can hope to insert yourself into her fantasy, is why?

How can you find out?

It’s not as hard as you might think. Often, asking her is enough.

“Oh I love him … because he’s so tall and good-looking!”

“You like a tall guy! Why? What is it about tall guys that you like so much?”

Sometimes, she will just give you an answer that explains everything.

“What do you mean? I feel so protected and safe when those broad shoulders are around me!”

“Ah.. so you like the protected, safe feeling that a tall guy can give you.”

There are a few things that confirmation phrase does for you.

First, you are testing the value of her feeling words.

If you remember my conversation on looking for what lights her up, hopefully you have become better and better at paying attention.

Sometimes words will give it to you, and sometimes a direct question will elicit it.

But more often than not, the information comes unexpectedly in response to the conversation you’re having.

And usually the best–and sometimes only–way to find it is by watching her expressions and body language.

If there’s anything you and a dog or horse and a child and pretty much every human being can usually decipher pretty accurately… it’s when a person is excited, lit up, pleased as punch… positive.

Sometimes you don’t know what did it, but you usually know when she is in that zone.

Her eyes, or smile or posture or movement will usually give it away.

But rather than trying to develop a one-size-fits-all signal, if you just pay attention to people you’ll discover that it’s pretty easy to read and usually difficult to miss.

And while you may not know a woman’s individual language, you can usually tell her 3 responses apart.

So, when you confirm:

“Ah.. so you like the protected, safe feeling that a tall guy can give you.”

You are checking to see if she lights up right now when you say those words.

Because when she lights up, that's your chance to change her mind… and get her in bed.

Here’s How to Change Her Mind About You…

Like I said, if you want to get her attracted to you,

And by that I mean… ask questions!

Women love talking about themselves after all haha

Because there are you can use to make women easily open up, and tell you every detail about their lives… that you’re interested in.

And the best part is, once you know what she wants… you can use your body language, tonality, facial expressions, and other non-verbal signals to fully change her mind about you… so that she feels you’re the exact type of guy she’s looking for.

(Pro tip: This can make a woman VERY eager to spend time with you, so don’t be surprised if she asks to hang out with you somewhere more private… where things can potentially get sexual)

And women you might have once thought were “out of your league”:

The post What She REALLY Means When She Says She “Only Dates Tall Guys” (And How to Sleep With Her Even If You’re Short) appeared first on Gotham Club.

Shower Sex: How To Get Wet & Wild & Enjoy Every Minute

17 Proven Word-for-Word Texts That Get You Dates & Hookups...

Why You Should Be Having More Sex, According to Science

Is being Blunt in Your Relationships Rude?