It’s not been a good year for the A380. With the slowdown in aviation, it has been grounded… 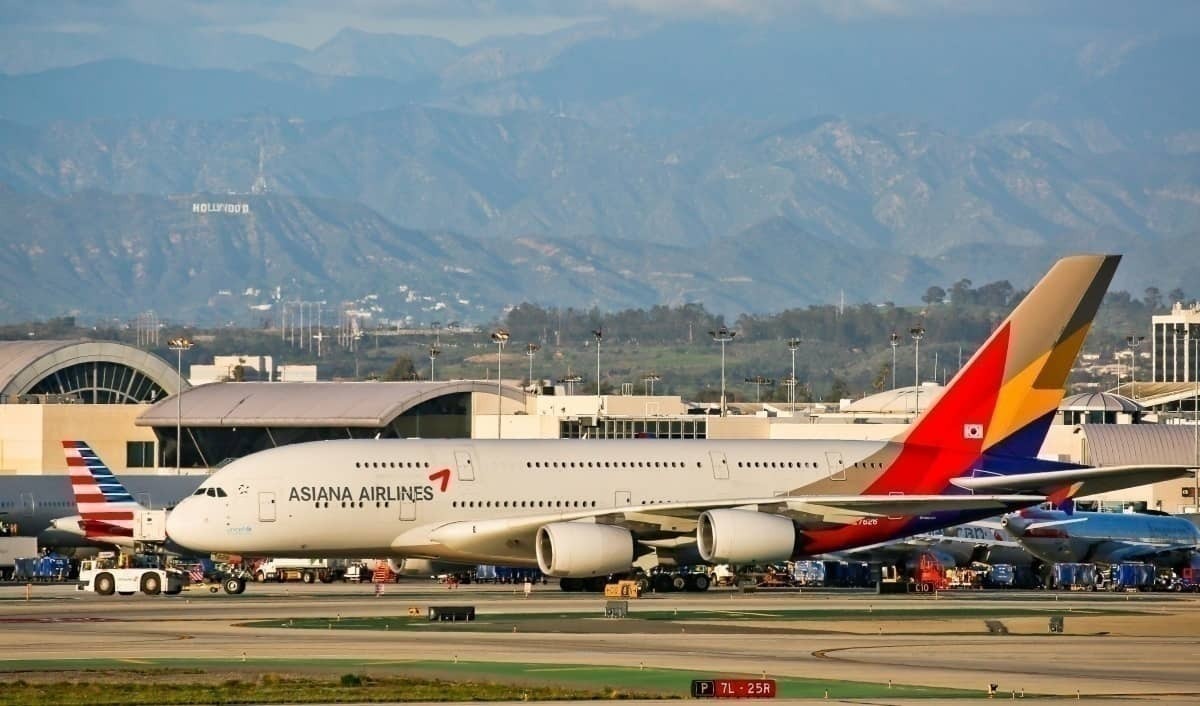 It’s not been a good year for the A380. With the slowdown in aviation, it has been grounded by most operators. Asiana Airlines is no exception here; its fleet has not seen service since March. With no resumption insight, and pilots needing to stay current, the government is helping with rules to extend licenses.

Asiana operates a fleet of six A380 aircraft. Routes flown have been a mix of long-haul and regional destinations, including Bangkok, Frankfurt, Hong Kong, Los Angeles, New York, Sydney, and Tokyo.

A380 operations started to reduce in February and were grounded by the end of March. Simple Flying looked at this previously, and reported the last flights on March 9th, 10th, and 11th, with one aircraft carrying on operating until March 30th.

The grounding of its A380 has caused more problems for Asiana than for many other airlines. One of the issues faced when an airline grounds its aircraft is keeping its pilots current. Each pilot needs to complete at least three takeoffs and landings every 90 days. These can take place in a simulator, but Asiana does not have an A380 simulator.

In the past, as noted by One Mile at a Time, it has used Thai Airway’s simulator in Bangkok, but this is not possible due to travel restrictions. It could also use Korean Air’s A380 simulator (the only one in Korea), but Korean Air pilots fully utilize this. Its fleet of 10 A380 aircraft is also grounded.

As we reported in May, one solution considered by Asiana was to fly A380 ghost flights, just to keep pilots current. This would be possible, of course, but expensive.

It seems, though, that at least for the time being, they will not have to. As reported by Korean news portal Business Korea in early June, the government is assisting by changing requirements for pilots to stay current. The Ministry of Land, Infrastructure, and Transport will allow the three takeoffs and landing required to be over 210 days, instead of 90 days.

Since May, some short A380 flights have been taking place. But with the changes in rules from the government, it seems that a significant number of ghost flights are being avoided for the moment. This minimal level of flying will keep some pilots current, but also the aircraft active and ready for service.

According to FlightRadar24.com, the following recent movements have occurred for each of the six aircraft:

And according to Business Korea, 132 out of the 143 A380 pilots have lapsed licenses. To meet ICAO guidelines, additional safety measures will be needed alongside the extension in takeoffs and landing, possibly including pairing lapsed pilots with ones that have remained current through flying.

Will the A380s return to service?

As of July 2020, there is no indication when the aircraft will resume service. Even before the slowdown in 2020, Asiana had been moving the aircraft away from the premium destinations it was used to serve. As noted in reporting by The Points Guy, Asiana has switched services to New York and Los Angeles to smaller A350 aircraft over the past year or so.

It also removed its first class product in late 2019, which was only offered on the A380. The seats have instead been sold as business class, a similar move to that made by Malaysian Airlines in recent years too.

It is too early to tell if the aircraft will return, to service or be retired. But these changes suggest that plans were not working out as well as expected for the A380 even before 2020. The aircraft are only between three and six years old, very early to retire, especially given the limited second-hand market at the moment.

What do you think about Asiana’s A380 problems? Will it return the aircraft to service? Let us know your thoughts in the comments.

Virgin Atlantic Set To Receive Another Airbus A350 Today

Delta May Have Too Many Staff As Aircraft Retirements Continue