When are more COVID vaccine doses coming to Canada?

Vaxx Populi: Justin Trudeau just promised that 20 million Canadians will be vaccinated by Canada Day. How does that fit with the distribution timetable? The post When are more COVID vaccine doses coming to Canada? appeared first on Macleans.ca. 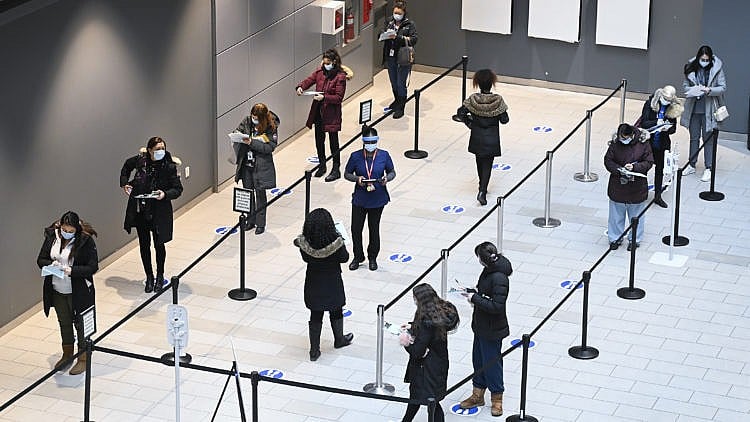 In December, Ottawa announced that it planned to have three million high-risk Canadians vaccinated by the end of March. On Jan. 8, Maj.-Gen. Dany Fortin, vice-president of logistics and operations for the Public Health Agency of Canada, reiterated that promise, though the wording is now in terms of vaccine distributed: “A total of six million doses are expected to be distributed by end of March.”

As of Jan. 11, about 360,000 doses of the Pfizer and Moderna vaccines against COVID-19 have been administered in Canada, according to data tracked by COVID-19 Canada Open Data Working Group. As these vaccines require two doses, and there are 38 million people in Canada who are eligible to get them, it’s fair to say that the mass vaccination program is off to a slow start. And while there have been concerns voiced about vaccine doses languishing in freezers, there have also been reports that some jurisdictions are running out of vaccine.

So when are more doses coming? Will there be enough to meet the targets?

A look at the numbers shows that the federal government is meeting its distribution deadlines (fingers crossed, subject to change without notice).

Now, as the graphic in this post shows, things are picking up, both in terms of distribution and administration: By the end of this week, 929,300 doses of Pfizer and Moderna vaccines are expected to have been given to the provinces and territories. According to federal data, Ottawa expects to have a cumulative total of 1.3 million doses distributed by the last week of January, with that total rising to 3.3 million by the end of February. And while fewer than 120,000 doses were administered by the end of the holidays, the provinces and territories have reported more than 241,000 doses have been injected into people’s arms from Jan. 4 until Jan. 11.

RELATED: Who is allowed to administer the COVID-19 vaccine in Canada?

“This initial phase, or phase one, is characterized by a limited and steady supply of vaccines for much of January, February, and March, before we see a significant ramp-up leading into April and the rest of the second quarter of the year,” Fortin said last week.

Today, Prime Minister Justin Trudeau announced that Canada will get an additional 20 million doses of the Pfizer vaccine in the spring. As well, he expects Canada will have enough doses on hand to immunize 20 million people, or more than half of the population, by “mid spring,” meaning April to June.

As well, the federal government has released its current forecast for specific allocations of vaccines for the provinces and territories in January and February. For instance, Nunavut is expected to receive 6,000 doses this week, then another 6,000 during the week of Feb. 1 and another 6,000 in the week of Feb. 22. Those 18,000 doses are in addition to the 6,000 already received in the territory, meaning that the territory, which has few medical resources for its population of 40,000, will have the ability to give a sizeable chunk of its residents at least one dose of the two-dose vaccine.

As Canada rolls out the country’s most complex vaccination project to date, Maclean’s presents Vaxx Populi, an ongoing series in which Patricia Treble tackles the most pressing questions related to the new COVID-19 vaccines. Send us a question you’d like answered at vaccines@macleans.ca. If you have specific questions about your own health, we recommend consulting a family doctor or the local public health authority in your area.

The post When are more COVID vaccine doses coming to Canada? appeared first on Macleans.ca.

Frustration mounts as CERB payments come quickly for some...