﻿ Why Women Act Hot and Cold… It’s Not You (And How to Change Their Behavior to Hot and Hot) ... Read more 469 Views The post When She Acts “Hold & Cold” With You… It’s a GOOD Sign (Here’s Why…) appeared first on Gotham Club. 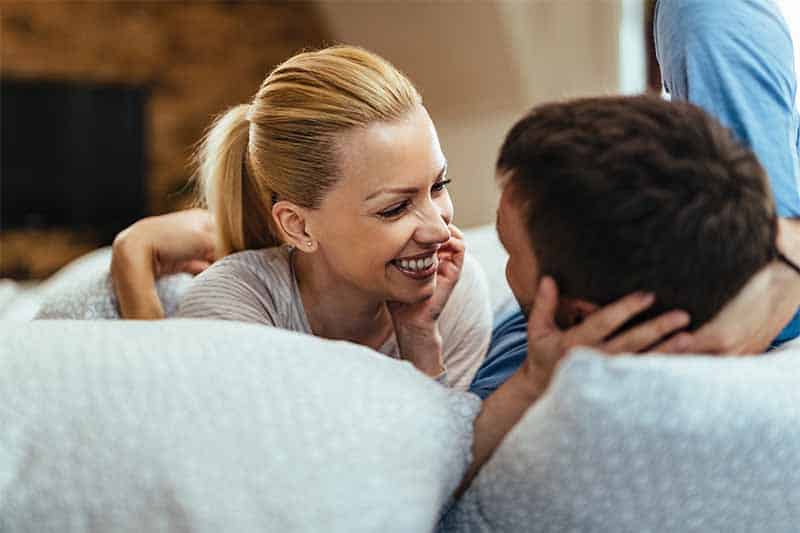 I think almost every guy has experienced this:

(I know I have — too many times to count unfortunately lol.)

You meet a hot girl and it seems like it’s going great… and then she slams the brakes.

She’s texting you back flirty texts… and then she goes totally silent for days.

Steamy hot and then icy cold.

Yes, yes yes… and then hell no.

What is going on with her? Is she crazy?

Here’s what I’ve learned…  the whole thing of going hot and then cold is normal behavior for women.

In this video, I’ll let you in on WHY women behave this way, WHY it’s actually a good thing, and exactly how to turn that behavior around:

In today's video, I want to speak about women going hot and cold.

It's a question I get a lot from guys. I think it's something that frustrates a lot of men, because men typically don't think in this way or behave in this way.

However, the whole thing of going hot and then cold and hot and cold is kind of a normal occurrence in female behavior.

There's various reasons for that…

It's really important to understand that this is not something wrong with women, it's not an error in their design.

And in fact, if you want to connect with women, it's something that you need to learn how to approve of and engage with.

How to Get Past the Cycle of Hot and Then Cold

Obviously, women have this on different levels, such as in initial interactions, early dates or when you're meeting a woman for the first time.

I'm going to share with you how to overcome that and progress things naturally, instinctively, towards physical intimacy.

I actually discussed this with one of my clients recently, and he provides a great example:

He was with a woman who is more attractive than he's used to interacting with, and it was going well.

In an effort to escalate things sexually, he invited her back to his place. He felt that this was the right time and this is what he was feeling.

However it was pretty early on in their interaction, and I think her mind probably was like, “Whoa, Like, this guy's invited me back to his place already… like this is kind of weird.”

So she simply teased him and then pulled back.

But Because He Knew What to Do, the Night Didn’t End There…

When you make a bold move like that, you're leaving yourself vulnerable for rejection.

You're leaving yourself vulnerable for her making fun of you.

And the thing that my client did really well, is that he did not get affected.

A lot of guys, when they get rejected, or they experience coldness from a woman that they're with, they will make it about them.

They think: “Oh, she didn't respond positively, I must have done something wrong. I made a wrong move and this interaction is totally ruined.”

That's not true with women.

In fact, this is part of the dance in the human mating ritual.

Especially with high self esteem women, women who've been hit on a ton since they were young.

Women who are constantly getting attention from men have developed this as a defense mechanism.

They're not going to welcome every bit of sexual attention, because they don't know what the guy is going to do when they let them in.

They don't necessarily want to be vulnerable with everyone.

In Order to Score, You Gotta Take a Shot

In the beginning guys are typically the ones putting themselves out there in a vulnerable situation.

Everything after that is harder for the woman.  Because when she puts herself in a vulnerable situation, she could get physically hurt, as well as emotionally.

So that going cold sometimes is a very important mechanism for her safety.

The most important thing when you're dealing with a woman who is going hot and cold, is to make sure you remember what’s actually happening.

This is what we mean by being grounded. On a mental level, you need to stay grounded in the face of challenge and adversity.

So check your reality: I am okay. She's okay. The situation's okay.

Remember: The Game Isn’t Over (In Fact, It’s Just Getting Started)

Just because the other team scores (she went cold) doesn't mean the game is over.

It doesn't mean that you have to feel hurt.

It doesn't mean that you quit.

It's just something that happened.

You didn't do anything wrong.

Maybe this wasn't the thing she wanted to do at that moment.

But you can’t be ashamed, because that’s one of the worst things you can do, if what you say isn’t met positively.

You can’t be ashamed of your desire.

Just because you have a desire doesn't mean that she has the same desire at the same time.

But, you should never feel bad about expressing your desire as long as you're ok with the answer and are not violating any boundaries.

Hot/Cold Is Good.  Lukewarm/Cold Is Bad.

Women can be hard to read. She’s acting hot. Does she want you? For something to become sexual at some point, somebody has to make an explicit move.

It could be literally making a statement of intention like, “Hey, I find you attractive,” or “Hey, I want to kiss you.”

Or it might be a physical action that makes it undeniable that that's your intention: You lean in for a kiss or you touch her in a way that platonic friends don't touch each other.

That barrier has to be broken at some point.

But it's important to note, is she actually hot as if she is actually actively engaging back with me?

Or is she just tolerating me, because if that's the case, it might not be hot/cold, it might be lukewarm/cold, in which case, you're probably in the friendzone.

But remember, you’re ok, and it’s going to be ok.  You just need to decide how to act next…

Follow Her Lead… All the Way to the Bedroom

One principle to remember is that if she's feeling cold, or she's pulling away… don’t pull at her.

You're gonna come off as needy.

If she's acting hot again, and you pull away, because you're trying to make some power game, she's gonna be like, what the hell?

Why is this guy punishing me for giving him attention?

So you always want to be going in the direction that she's going:

By doing this, you are leading her in the direction that she already wants to go, which shows you’re really paying attention to her feelings.

It also makes the interaction speed up a little bit because now she's not the only one driving it.

And that way she always will feel safe, and it's also a more engaging and interesting way to interact with people.

Here’s Why Hot & Cold Is Actually a GOOD Thing…

Hot/cold behavior is something that many guys experience with women because it's totally normal behavior for women.

There are many reasons why a woman might give you this hot and cold behavior, partly because she's doing this to protect herself, partly because women are emotionally driven.

But as a man who dates women, it's really important to understand this.

Remember to stay grounded, not go on the ride of going back and forth yourself.

Maintain the reality in your mind that things are okay: I'm just stating my desire, I'm engaging.

If you ever go against the grain, she's just gonna throw things off.

You want to make sure you're always leading her in the direction that she's going because that's what's going to lead to physical intimacy.

Don’t forget: Hot & cold is good, because if she wasn’t interested in you at all, she’d be cold & cold and walk away.

The next thing you want, is for her to spend MORE time hot than cold…

3 “Shocking Touches” That Make Her Hot For You…

These “Shocking Touches” work on hot & cold girls because they take them by surprise… make them let their guard down… and force them to show their true level of interest in you.

So if she’s actually interested… then these “Shocking Touches” will make her show her hand really fast.

Just be warned: if she is secretly interested in you… then she’ll often want to hookup with you quickly after using these 3 “Shocking Touches”–like within an hour or two.

You can get all 3 Shocking Touches (and watch them in action) in this short, free video demonstration:

The post When She Acts “Hold & Cold” With You… It’s a GOOD Sign (Here’s Why…) appeared first on Gotham Club.

3 Ways to Get a Cold Girl To Drop Her Guard…AND Her Panties!

3 Toxic Words That Are Destroying Your Relationships

5 Everyday Foods That Will Make You Ejaculate More (Plus...

How to Find the Best Mattress for Sex?