It’s been nearly seven months since Mitsubishi formally paused the SpaceJet program. However, as travel demand picks up…

According to Air Insight Group, Mitsubishi is reassessing its plans for the Spacejet project and restarting operations in the fiscal year 2021. This news came as a part of the company’s FY20 results presentation yesterday and could decide the program’s future.

The SpaceJet program has been formally paused since October, although major cuts were made in May 2020. The development of the new aircraft has been a huge loss-maker for Mitsubishi Heavy Industries, driving the conglomerate into its first loss in over 20 years.

Considering the multi-billion dollar losses and low demand for new aircraft in the short term, Mitsubishi paused the program and reduced budgets. This has meant the group axing 1,500 jobs, shuffling or departing top brass, and closing overseas plants to consolidate in Nagoya.

The growing demand for regional jets might be putting the SpaceJet program back on the map. While yesterday’s announcement remains unclear, it does open the door for Mitsubishi to invest in the project once again. This would be a break from last year’s announcements, which could have meant the end of the regional jet lineup.

However, many questions remain before the conglomerate once again goes down the SpaceJet rabbit hole. Restarting the program would require millions in investments to hire staff, produce test units, and certify the aircraft for service. Seeing the $1.07bn loss in FY20 for the regional aircraft, this would be a costly exercise.

Mitsubishi expects airlines to reach pre-pandemic traffic levels by 2023, an optimistic timeline. This would coincide well with a possible first delivery of the larger M90 variant to launch customer ANA and many others.

Air Insight notes that restarting the SpaceJet program would be at odds with Mitsubishi’s goal of reducing fixed costs. Indeed, testing and certifying a new aircraft type is a lengthy and expensive task, requiring years of extensive scrutiny. With the overall aircraft business also suffering heavily due to slowing deliveries at Boeing, the investment is a difficult choice.

However, it is undoubtable that there is a market for regional jets globally, especially in SpaceJet’s home market of Asia. Putting over a decade of work and labor into action could open up several doors for the new regional jet.

What do you think about Mitsubishi’s assessment of the SpaceJet? Do you think it should continue development? Let us know in the comments!

San Francisco Was The US Airport Worst Hit By COVID-19 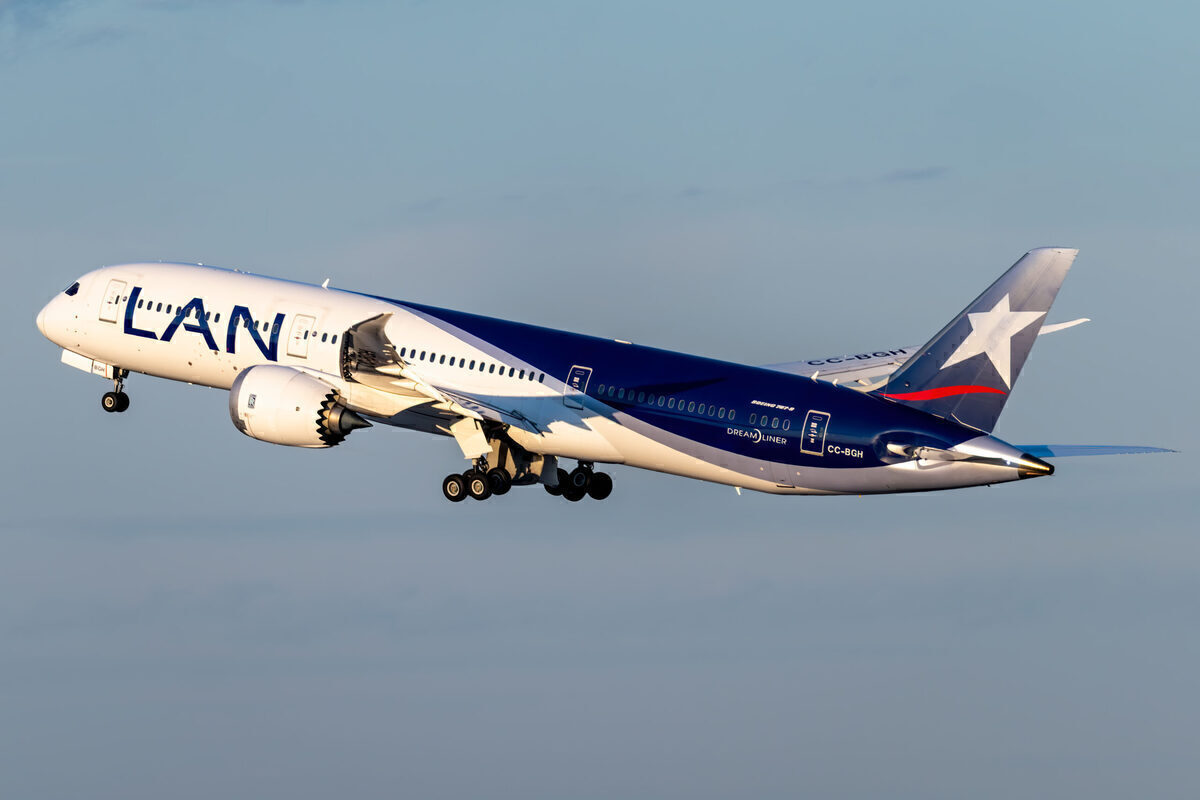 LATAM Airlines Group continues its fleet consolidation program and recently announced that it had canceled an order for four Boeing 787 and one B777F aircraft. Plus, since the start of the Chapter 11 bankruptcy process, LATAM has rejected the leasing contracts of up to 42 planes. Let’s investigate further.

Before the COVID-19 pandemic, LATAM had an unfilled order for seven Boeing units, according to Boeing’s order book. This order has been reduced by 72% now, following LATAM’s announcement. The airline said,

“On April 29, LATAM and Boeing came to an agreement regarding the acquisition of some B787 and B777 aircraft”.

The agreement effectively ends the order for four B787 and one B777F. Now LATAM only has an unfilled order for two B787-9 which should be delivered by December 2021, said the airline.

The Bankruptcy court still has to approve this latest agreement between Boeing and LATAM.

The decision to reduce its long-haul fleet by rejecting the leasing contracts of the highly effective A350s was interesting, although not surprising. LATAM is looking for airplane commonality on its long-haul fleet, and the A350 was the odd man out.

“LATAM recently announced the retirement of the A350 aircraft, in an effort to simplify its widebody fleet, composed of the Boeing types 767, 777, and 787.”

Now, LATAM will be able to obtain better results due to having a single OEM long-haul fleet. It will reduce costs in many aspects, like maintenance.

What else has LATAM done, fleet-wise?

The South American company has strongly reduced its fleet in the last year. In fact, it has rejected more leasing contracts than any other of the two Latin American carriers under Chapter 11.

Looking closely, LATAM’s passenger fleet was 320 aircraft in 2019 and now is composed of 283 units. The cargo fleet is unchanged between both years, 11 Boeing 767-300F (though it may increase in the next two years).

Most likely than not, LATAM will continue reducing its fleet. Last week, LATAM’s CEO Roberto Alvo said that the current plan is to renovate the short-haul fleet during the next decade. The airline is currently at 25% to 30% of this phase, he added. LATAM is receiving A320neo airplanes while phasing out A320-200s and A321-200s.

Therefore, LATAM had a net loss of US$430.9 million. The airline ended with total liquidity of US$2.6 billion in cash.

Also, LATAM recently launched its sustainability program for the next three decades. Among the objectives, LATAM aims to ditch single-use plastic by 2023 and landfill waste by 2027.

Did you expect LATAM to reduce its Boeing order? Let us know in the comments.