Yesterday, Air France announced that it would be retiring its Airbus A380 fleet with immediate effect. While the… 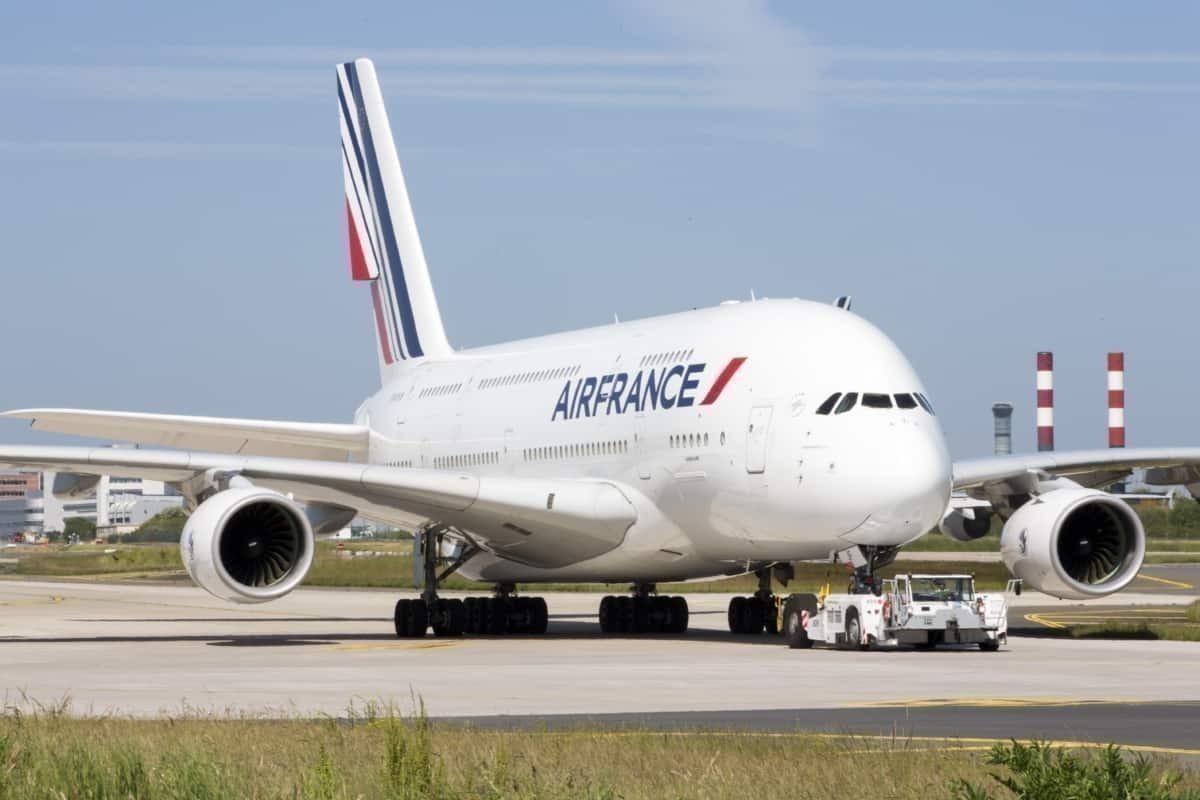 Yesterday, Air France announced that it would be retiring its Airbus A380 fleet with immediate effect. While the news was somewhat expected due to current sentiment towards the superjumbo during financially difficult times, it was the end of an era for the airline. We take a look at where Air France flew its A380s and what it plans to do next.

Over the past few months, there has been a lot of discussion about the A380. What will happen to the aircraft after the coronavirus pandemic? How will airlines manage the cost? Where are they being stored?

Just yesterday, Air France became the latest airline to sacrifice the A380 in the interest of capital gain. Although the airline indicted poor efficiency and high CO2 emissions levels for the retirement, Air France may have also just improved its financial prospects.

The carrier had nine A380s until yesterday, five of which it owned and four leased. (It had begun the year with 10 but retired its first aircraft just two days into 2020.) The aircraft operated out of Paris Charles De Gaulle Airport (CDG), which had capacity at its Satellite 4 terminal to take six A380 aircraft at a time.

According to iflyA380, this dedicated long-haul terminal saw the arrival and departure of Air France’s A380s to and from:

According to Air France, the aircraft was also scheduled to fly to:

No doubt, it will be sad for some to come to terms with the fact that they will never fly the A380 with Air France again. Air France signed as a customer back in 2001 and was the first airline in Europe to operate the superjumbo jet.

It is a very sad day for all of us who saw this bird from his birth to his death. Too young to die, but this is life. Show must go on!!! @Airbus #A380 pic.twitter.com/mGana5u44E

However, the cost of maintaining the aircraft was just too much, and Air France does have an innovative replacement imminent.

For a few years now, the airline has signaled that the A380 may not be the best choice for the carrier. In 2018, the CEO announced that a 2021 retirement was on the cards due to cost and poor efficiency. However, Air France had been hopeful at that time. It was planning to retrofit some of its A380 cabins.

Despite that, the following year, the airline revised its retirement of the A380 owing to how expensive a cabin retrofit would be. Knowing that the A380 was on its way out, Air France has been preparing to replace the aircraft with A350-900s.

With newer technology, better fuel efficiency, and an enhanced range, the A350 is a clear winner to replace the A380. They also cost significantly less to buy and less to maintain. Added to that, the financial loss from not being able to fill the aircraft is mitigated by fewer seats. The A350-900 has nearly half the capacity (315 seats) of the A380-800 (525 seats).

Before it cut a significant proportion of its services due to the coronavirus, Air France already had a summer schedule for the A350-900. It plans to fly the aircraft between:

Are you sad to see Air France’s A380 go? Did you fly the aircraft on any of these routes? Let us know in the comments. 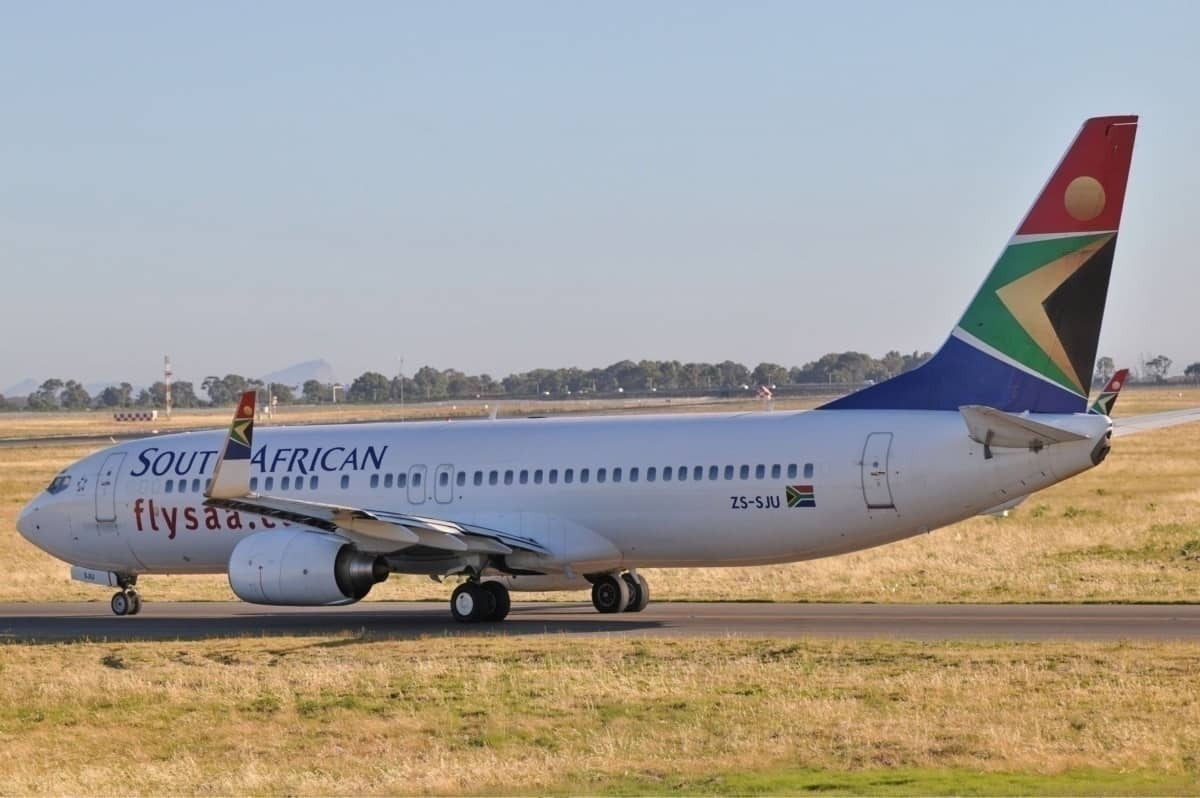 The South African Government has thrown cash-strapped South African Airways another lifeline. $212 million has been “provisionally” set aside by the government for the airline this current financial year. This comes despite earlier assurances from the government that there would be no more money for the state-owned airline.

Airline grounded, out of money, and funding halted

In April this year, the South African Government declined to provide any more funding or financial guarantees for the airline.

In March, the airline had halted its international operations in the face of the pandemic. The outlook for South African Airways was poor. Shortly afterward, domestic flight operations stopped, and the airline’s CEO, Zuks Ramasia, resigned after a short nine-month tenure.

Government frustration at the slow pace of business rescue

The pundits were writing the airline off. It had already received over $1 billion in bailouts over the past three years. But South African Airways enjoys strong government support and is like a cat with nine lives. Despite the airline undergoing restructuring, the South African Government was proving resistant to any sale of assets or talk of liquidation. This was despite them declining to continue funding the national carrier.

Amid rising frustrations at the slow pace of the restructuring process being carried out by global professional services firm Alvarez & Marsal, the South African Government last week asked for a business plan to be delivered within 25 days.

“The more they provide answers, the more questions arise. It is a case of classical musical chairs. It’s what has characterized the operation over the past five months. It’s what has landed us with a Rand 10 billion bill.”

The ongoing relationship between the minister responsible for the airline, Pravin Gordhan, and the firm restructuring South African Airways is said to be “tense.”

Now the government appears to have reversed its April stance of no more funding. Flight Global is reporting that $212 million has been set aside for South African Airways this financial year. A further $9 million has been set aside for offshoot SA Express. The South African financial year runs from March 1 to the end of February.

Deputy Director-General of the Department of Public Enterprises, Kgathatso Tlhakudi, quoted this amount when appearing before the parliamentary portfolio committee on public enterprises on Wednesday.

At first glance, that might appear to lock in South African Airways for the next few years at least. But these allocations are “provisional,” and the South African Government is notorious for promising funding that doesn’t materialize.