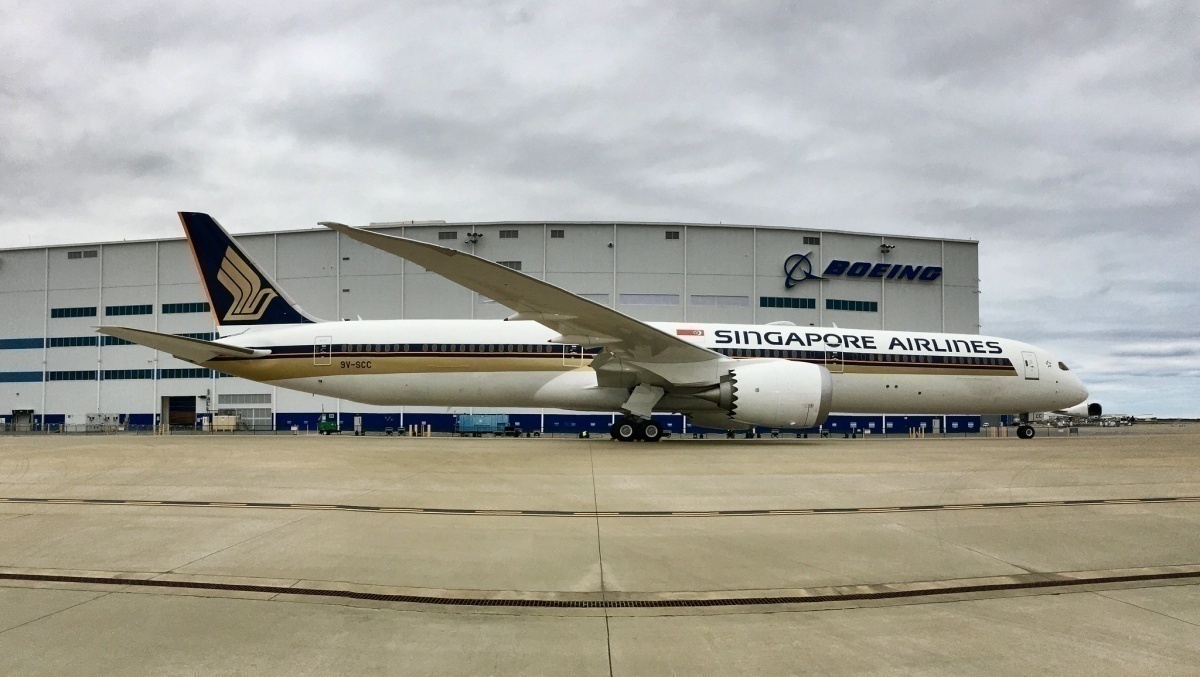 The Boeing 787-10 Dreamliner is the largest member of the Boeing 787 Dreamliner family. It was also the last of the three models to enter service, with the first delivery taking place to Singapore Airlines in March 2018. As such, the aircraft still has a relatively limited number of operators.

The Boeing 787-8 Dreamliner operated its first commercial flight back in 2011. This was followed by the longer Boeing 787-9 Dreamliner in 2014. Both aircraft proved popular with airlines, with over 1,300 orders between them.

The secret to the Boeing 787 Dreamliner’s fuel efficiency lies in its composite airframe and electrical flight systems, which extract less power from the engines.

ANA was the launch customer of the original 787 and is one of a handful of carriers that operates all three members of the aircraft family. It has so far taken delivery of two aircraft from an initial order of three placed in 2015. However, earlier this year, the airline placed an order for 11 more of the -10, alongside one more -9. While its original 787 orders were for aircraft with the Rolls-Royce Trent 1000 engine, this year’s orders are for GE engined aircraft.

British Airways is another one of the handful of carriers operating all three types of Dreamliner. It was due to receive its first 787-10 in January. However, the date kept sliding back. The airline finally took its first 787-10 on June 26th, with the second following three days later. The aircraft made their debut carrying freight due to the enormous deficit in passenger numbers. BA is expecting 12 787-10s.

Etihad has an order for 30 787-10s placed in 2013. It took its first delivery in 2018 and has so far taken eight -10s, including the special greenliner liveried aircraft in January of this year. The next aircraft to be delivered was A6-BMI in October. This aircraft made headlines as it was used in Boeing’s ecoDemonstrator program before delivery.

EVA air placed an order for four 787-9s and 14 -10s in November 2015. So far, it has taken delivery of six of the largest Dreamliner, with the first arriving in the fleet on June 19th, 2019. The most recent delivery took place on September 30th of this year.

As the world’s oldest continuous airline, KLM couldn’t miss out on the largest member of the Dreamliner family. It had intended to split its 787-10 order with sister airline Air France. However, the two agreed that KLM would take the remaining 787 deliveries, while Air France would take the entire Airbus A350 order. Out of 14 787-10s on order, KLM has so far accepted five aircraft.

Saudia is unique as the only airline to have received its entire Boeing 787-10 order. The airline placed an order for five of the aircraft in December 2008. The fifth aircraft was delivered to it on October 13th. However, it didn’t end up flying to its new home until the end of the month after a technical problem delayed its Charleston departure.

The airline chose to fit the aircraft with 301 economy seats and 36 business class seats for 337 seats. Of its initial order of 30 Boeing 787-10 Dreamliners, Singapore Airlines has currently received 15 aircraft. Indeed, the airline hasn’t received a new 787-10 for almost a year.

Third in line to receive the Boeing 787-10 Dreamliner was United Airlines. On November 5th, 2018, United received the first of a total order of 14 of the type. Six more orders were delivered in June 2013.

It now has 13 aircraft, each fitted with its Polaris business class seats. Only two have been delivered so far in 2020. Interestingly, United became the first airline in the world to operate all three of the 787 Dreamliner models when the 787-10 Dreamliner entered service with the airline before planned back in late 2018.

Last but not least is Vietnam Airlines who, according to Boeing’s most recent order book, hasn’t ordered the type. According to Planespotters.net, the airline’s four 787-10s are leased from Air Lease Corporation, meaning they were almost certainly from ALC’s order for 25 787-10s placed in September 2013.

Have you flown on the Boeing 787-10? How did you find it? Let us know what you thought and why in the comments!

Delta Thanks Employees With Two Free Travel Passes Each

Initial Memorial Day Numbers Are In– Here’s Why This Is...