Which Airlines Operate The Airbus A350? A Comprehensive List

In the five and a half years since the A350 started flying commercially, the plane has proved a… 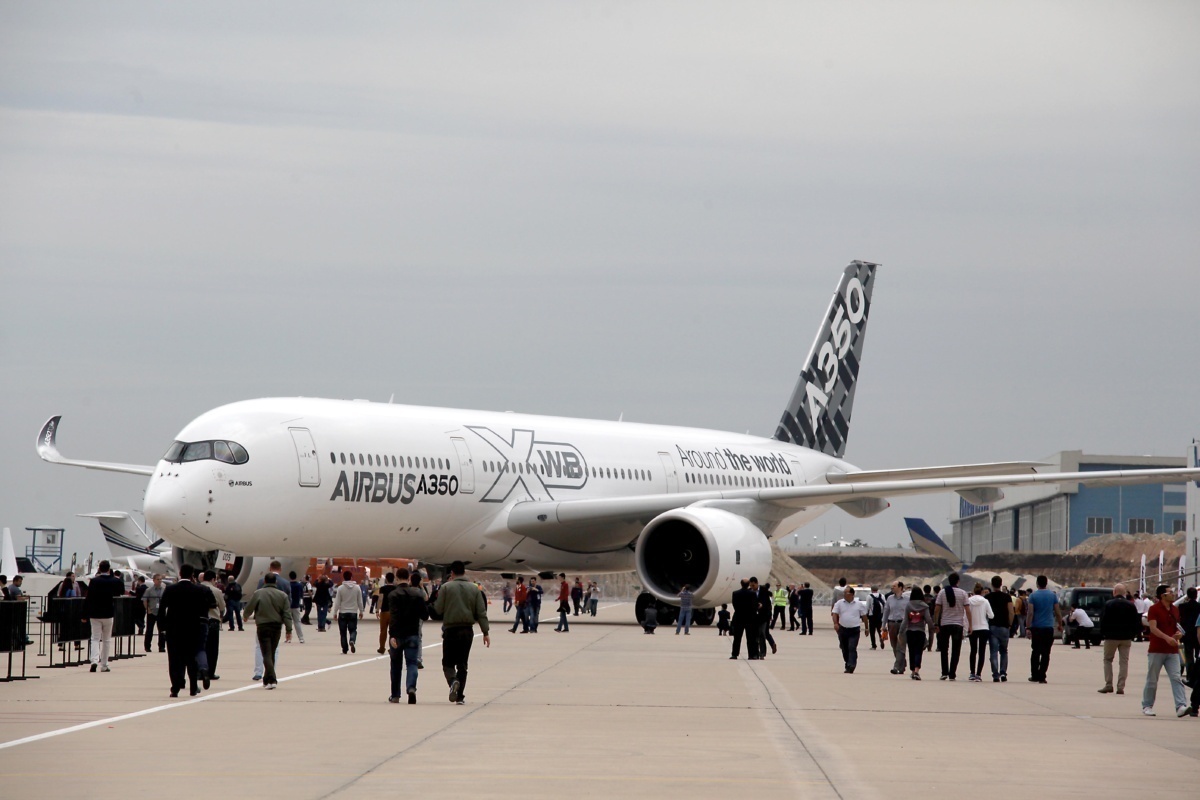 In the five and a half years since the A350 started flying commercially, the plane has proved a hit with passengers and airlines alike. Airbus has taken orders for 930 A350 aircraft, the vast majority being for the popular A350-900 model.  To date, Airbus has delivered 372 of its A350s to 30 odd airlines around the world. Here, we’ll take a dive into who’s flying one of this generation’s best planes.

The biggest operator of A350s in Asia is Singapore Airlines. It has 48 A350-900s in its fleet and another four on order. Despite a torrid year, Singapore Airlines still has 36 of its A350 planes flying. Here’s another interesting fact about Singapore Airlines’ A350s; 9V-SMF, delivered in 2016, was the 10,000th plane made by Airbus.

Fiji Airways flies the A350 flag in the Pacific

Heading southeast, the A350 is yet to make a big impact in the Pacific. While the plane flies in, it’s generally not operated by local airlines. The exception is Fiji Airways. It has a pair of A350-900s. One is parked, and one is in service.

Qantas was talking about ordering some modified A350-1000s earlier this year for its Project Sunrise fleet. But that’s all now on hold.

Qatar Airways the biggest operator of the A350

Ethiopian Airlines is the only A350 operator in Africa. South African Airways did briefly have four A350-900s. They were brought into the fleet late last year with considerable fanfare. Within nine months, they’d exited South Africa for good.

What’s interesting is that none of Qatar Airways’ local competitors, Etihad, Emirates, or Gulf Air, fly the A350 yet. That said, Emirates has a big A350 order in place.

The British airlines go their own way with the A350

There is no shortage of A350 operators in Europe. Among the airlines with A350s in their fleets are British Airways, Aeroflot, Air France, Finnair, French Bee, Iberia, Lufthansa, Scandinavian Airlines, and Virgin Atlantic.

Lufthansa and Finnair are the biggest A350s operator in Europe. Both airlines have 16 A350-900s in their fleets. Lufthansa has parked eight of its planes. Finnair has five of its A350s permanently on the ground. At the other end of the spectrum, Aeroflot has just one A350-900 so far. But it does have a further six on order.

The two British airlines, British Airways and Virgin Atlantic, both operate A350s. But in a typically contrarian move, both airlines operate A350-1000 only fleets, the only airlines in the world to do so. British Airways has six A350-1000s, all of which are in service, the first only taking to the air in July 2019. Virgin Atlantic operates five A350-1000s, four of which are in service.

The A350 a bit thin on the ground in the Americas

Hopping across to the Americas, the A350 is a little thinner on the ground. Of course, this is Boeing’s home turf. But the Seattle-based aircraft builder doesn’t get it all its own way. Delta Air Lines has 17 A350-900s in its fleet. You see the big planes on routes into Northern Asia. Destinations such as Seoul, Shanghai, Beijing, and Narita all see the Delta A350 land. You can also pick it up on flights to some European cities and down to Sydney.

Neither United Airlines nor American Airlines fly the A350. Likewise, Air Canada seems to prefer Boeing’s 787 and 777. You have to head south to find the A350 again. Air Caraïbes operates out of Guadeloupe and has four A350s. That includes three A350-900s and one A350-1000. All appear to be in service.

In South America, LATAM Brasil is single-handedly flying the flag for the A350. The troubled airline, part of the bigger LATAM Group, has 11 A350-900s. Eight of them are in long term parking.

It’s interesting how the A350 has concentrated among Asian and European airlines. That may be because it’s simply a case of first in, best dressed, and airlines from these areas ordered the plane first. Alternatively, it might be because of bias (at least among European airlines) in favor of a homegrown aircraft manufacturer.

What’s interesting is how patchy early take-up of the A350 was elsewhere. United Airlines has an A350 order in, but none delivered. When those aircraft start flowing, numbers will pick up in North America. But in the southern hemisphere – Africa, South America, and across the South Pacific, far fewer local carriers fly the airline. And there is a big hole in South Asia.

As more deliveries come through, these inconsistencies may even out. But right now, the inconsistent geographical spread of A350 operators is clearly noticeable.

What does a fee-only financial planner do, exactly?

What Happens When You Flush An Aircraft’s Toilet?

Croatia Searches For Passengers As Virus Confirmed On Frankfurt...

United’s Premium-Heavy 767 Configuration Could Be On The...