Which Character From The Rookie Is Your Soulmate, Based On Your Zodiac?

There's a whole cast of beloved characters in The Rookie, but which one would be your perfect soulmate according to your astrological sign? 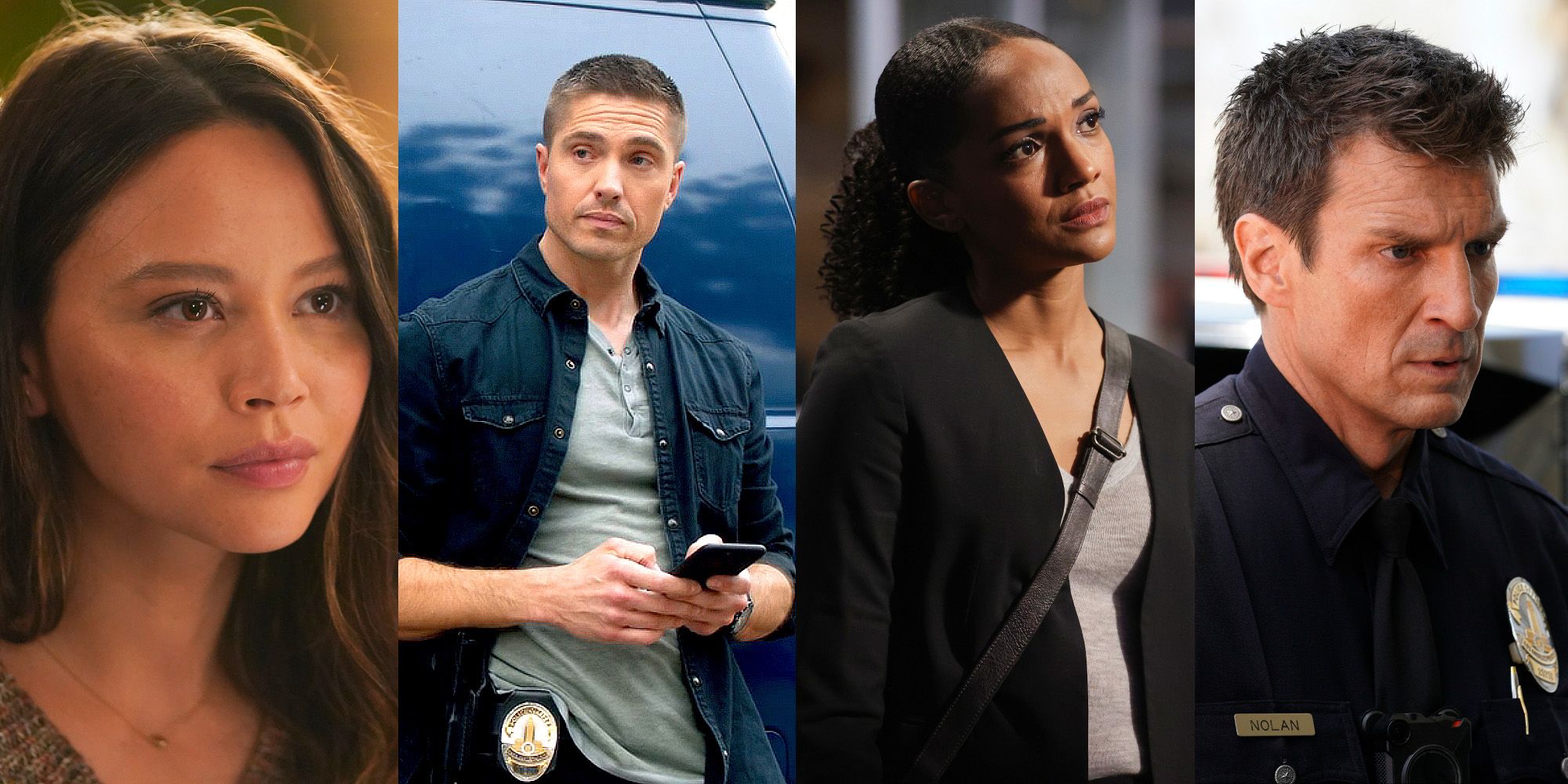 There's a whole cast of beloved characters in The Rookie that fans can't seem to get enough of. Everyone has their favorite, whether it's Nolan, the show's protagonist, Tim, the closed-off training officer, or Lucy, with her heart of gold. There's no shortage of people in the series to connect to.

When it comes to romance, certain zodiac signs are more compatible than others. With an ensemble this good, it's hard not to be curious who everyone would match with. By determining their own horoscope, fans can discover which The Rookie character is best suited for them based on their personality.

Grey is always willing to listen to what others have to say making him a good fit for an Aries. Aries are fiery and have a tendency to get easily riled up, but Grey has a calm presence and could easily help his significant other ground themself.

When it comes to romance, it can be hard for an Aries to settle down because they're always looking for excitement. Sometimes they need to stop and smell the roses, and Grey's attention to detail could help with that.

Jackson appreciates people who work hard and put a lot of effort into what they love. He'd show love and support to a Taurus, who has a tendency to overwork, while also making sure they take care of themselves. Jackson would rather get everything out in the open than sit on it and let it fester.

Honesty is very important to a Taurus, and Jackson would do his best never to keep things from someone he's seeing. They have a bit of trouble respecting authority, while Jackson fully believes in following the rules. There could be a give and take resulting in both people learning from one another.

Tim puts up a cold exterior and is keen on keeping the people around him at arm's length. It takes a dynamic personality to break down his walls, and a Gemini could do just that. Tim almost always sees the negative side of things while a Gemini is likely to see the positive.

RELATED: Which Disney's Peter Pan Character Are You Based On Your Zodiac Sign?

A Cancer doesn't want to play games, and neither does Wesley. Wesley is upfront about how he feels when it comes to a relationship, and he's big on communication.

He'd rather someone come out and say what's on their mind than let the tension build. It's also easy for him to become attached to the right person, as shown in his relationship with Angela. Cancers have a tendency to latch onto people quickly, so there would be no problem with pacing in this romance.

A Leo is quick to jump into the line of fire, and Nolan would be right next to them the entire time. He's brave, selfless, and always wants to do the right thing. A Leo has a desire to venture out and fight against the injustice in the world, making Nolan their perfect partner.

He'd understand the desire to charge headfirst into danger, but he'd also do his best to protect his significant other in any way that he could. Nolan wouldn't hold them back, but he would ensure that they're making the safest possible decision.

Angela doesn't have much appreciation for those who can't stand on their own two feet. She wants to help people in whatever way she can, but she also isn't going to baby someone who doesn't want to put in the work.

RELATED: Artemis Fowl: Which Character Are You Based On Your Zodiac

Virgos love to thrive in their environment, and Angela could help push them to their limits. However, Virgos can be perfectionists making it hard to feel fully satisfied. Angela would help her partner reach their goals, while also reminding them that no one is perfect.

Lucy has multiple different sides to her personality. On one hand, she's vibrant and goofy and always manages to have a smile on her face. On the other, she's completed grounded and has a very firm grasp of reality. She's intelligent, calculating, and can pull herself together at a moment's notice.

Lucy radiates the same warmth as a Libra, and she'd have no problem getting along with one. Sometimes Libras find themselves getting carried away without forming a solid plan, and Lucy has the patience and mindset to help them map out their goals.

Andersen had no tolerance for law enforcement officers who try and take the law into their own hands. But on the more personal side of things, she's all about a person writing their own story. She's supportive, while still making sure that the people around her understand how realistic their goal might be.

A Scorpio needs someone who will appreciate their independence, rather than smother them. Andersen would take on her partner's passion and do whatever she could to help them find the right way to utilize it.

Harper is all about self-empowerment and taking life into one's own hands. She never backs down, even when all the odds are stacked against her, and she encourages others to step up and do everything they can to become better.

RELATED: Which Fate: The Winx Character Are You Based On Your Zodiac Sign?

A Saggitarus loves going on adventures, which Harper would be more than open to. Harper appreciates when people spit out what they're thinking, even if she's not going to like it. She's blunt, herself, so she wouldn't hold it against them.

Jessica is patient, kind, but most of all, strong-willed. When she wants something in life she goes after it, and she can be a force to reckon with. She would work well with a Capricorn because they both are willing to do whatever it takes to get where they need to be.

However, while a Capricorn is more adept at following the rules, Jessica can go a bit rouge. These are two different tactics that both lead to the same goal, and they can team-up and take advantage of their differing ideologies.

An Aquarius cares deeply about social justice, which makes Rachel a perfect match. As a social services agent, Rachel wants to help children who don't have the means to help themselves.

Aquarians are all about change and Rachel is someone who is willing to go with the flow. She's a grounding force in a hectic environment and can be an anchor to latch onto. When life feels a little too out of control, Rachel can help her partner take control back.

Talia is good at picking up on what a person needs and giving it to them. She's respectful of other's boundaries and doesn't push them into doing something that they don't want to do.

Some Pisces need to have time for themselves, and Talia would have no problem allowing them space. She understands that everyone needs different things, and she would probably appreciate a little alone time as well. A Pisces doesn't judge and Talia doesn't either.

NEXT: Which Nancy Drew Character Are You Based On Your Zodiac Sign?

When Will Dragon Quest 12 Footage Be Shown? | Screen Rant