“The Israel-Palestinian conflict really has no simple solution. Like, the West Bank kinda belongs to both Jews and Muslims,” Stacey Roberts of Burlington, Minnesota tells her Syrian hairstylist. And Stacey knows all about the Middle East – she just got back from Dubai. In July, Stacey and her BFF, Stacy, decided to visit Dubai after The post White Girl Totally “Gets” Middle Eastern Culture After Trip to Dubai appeared first on The Mideast Beast. 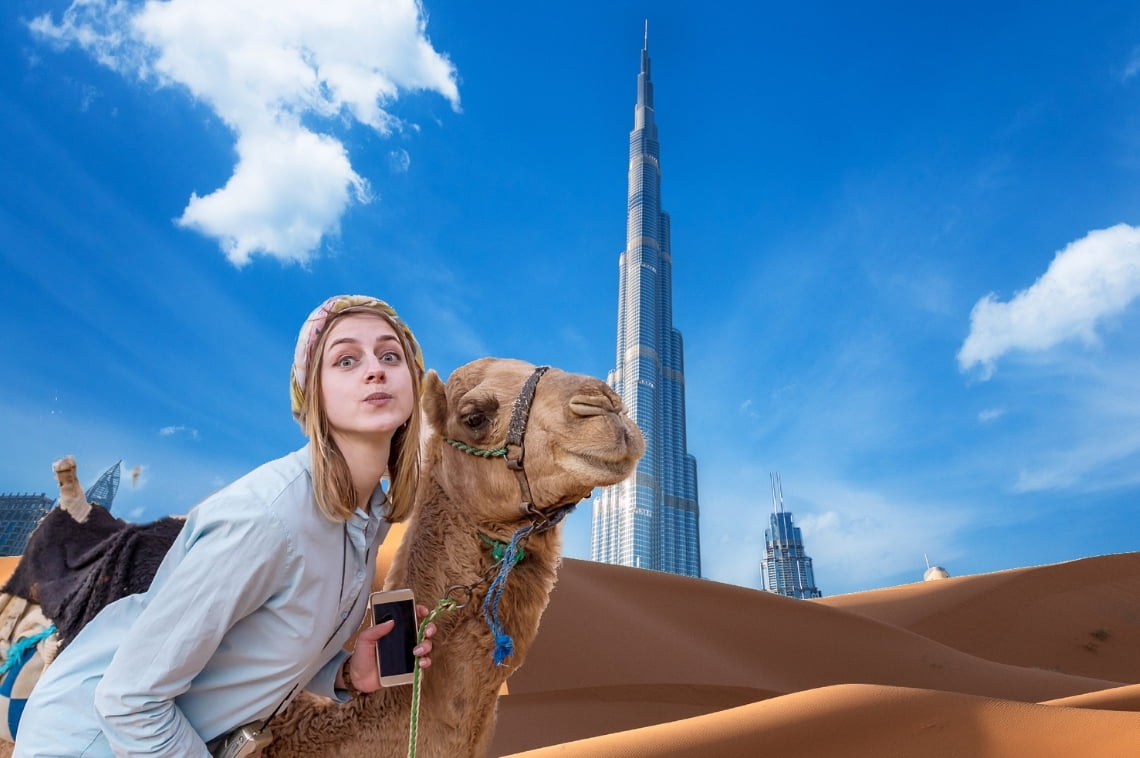 “The Israel-Palestinian conflict really has no simple solution. Like, the West Bank kinda belongs to both Jews and Muslims,” Stacey Roberts of Burlington, Minnesota tells her Syrian hairstylist. And Stacey knows all about the Middle East – she just got back from Dubai.

In July, Stacey and her BFF, Stacy, decided to visit Dubai after seeing it on “Keeping Up with the Kardashians.” Their trip took them to the exotic Hilton Hotel where they dined on local cuisine at Wolfgang Puck’s “CUT” restaurant. After taking an elevator to the top of the Burj Khalifa and riding a waterslide through an aquarium, Stacey returned to the U.S. with a newfound understanding of Middle Eastern culture and conflicts. Stacey, who according to Instagram went indoor skydiving and took a photo with a camel, says she now understands why it’s so difficult to install stable leaders in toppled Middle Eastern theocracies.

Reflecting on her view from the Burj Khalifa, Stacey said, “I could see out past the city to the desert, and I couldn’t help but think, the terrorists are hiding out there somewhere.” But after donning an authentic hijab (or was it a burqa? Stacey always gets them confused), to tour the Grand Mosque for $45, Stacey came to appreciate the religion of Islam and the art it inspires. Art like the Aladdin’s lamp keychain she bought at the gift shop.

Upon returning to Minnesota, she shared her new insights with her sorority sisters over brunch. “Islam is a very complex and beautiful religion,” Stacey explains. “Most of them are peaceful, but some are extremists. There are bad Muslims, like those Taliban guys that attacked us, but then there are good Muslims, like those Taliban guys that helped us.” She then shocked her friends by revealing that “Most of those dudes you see with turbans are actually Sikh.”

The post White Girl Totally “Gets” Middle Eastern Culture After Trip to Dubai appeared first on The Mideast Beast.

It’s the Weekend and This Man’s Ready to Rage Against the Microwave, Baby

“Why does Jasmine get to stay up later?” 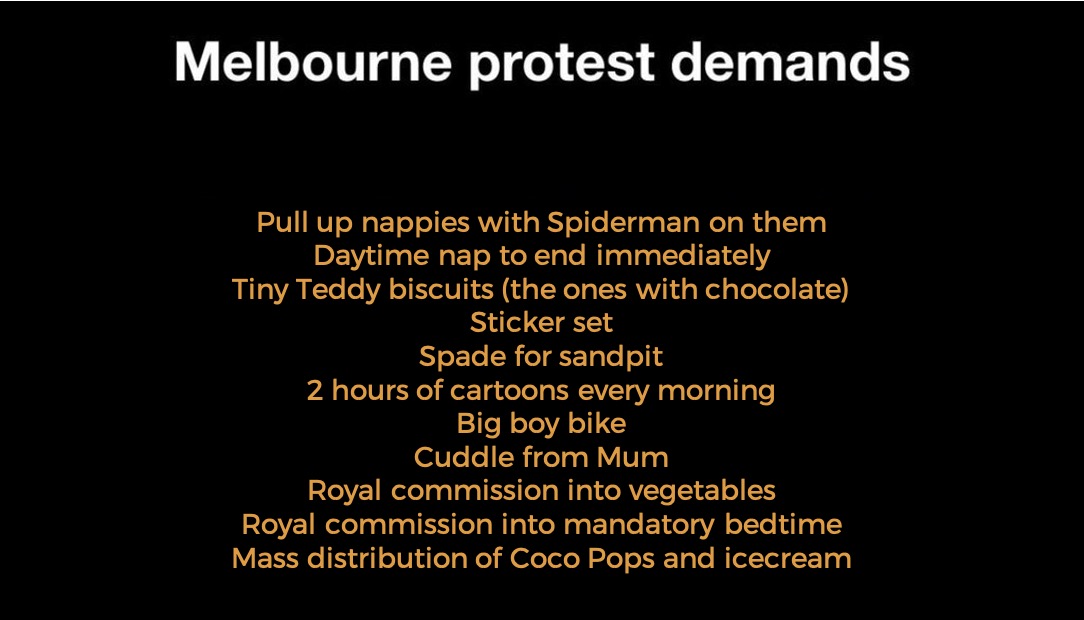 Anti-vaxxer protesters in Melbourne have released an extensive list of demands which includes pull-up nappies, more cartoon time in the mornings and an immediate end to daytime naps.

Hundreds of the little protesters, many of whom were playing dress-ups, said enough was enough. “How many more times do we have to say that we want another Tiny Teddy biscuit before we’ll be taken seriously? How much bigger do we have to be before we can get nappies with a picture of Spiderman on them like Jake has? It’s not fair!” a speaker told the crowd.

The group also called for a new bike and an immediate Royal Commission into vegetables. “They’re a trap. They’re yukky. No-one can tell me what to put in my body,” one protester said.

Breaking into a chant of “I’m not tired! I’m not!” the protesters said they wanted an end to mandatory bedtimes. One protester held a sign which read, “Why does Jasmine get to stay up later?” Another, “Josh’s parents let him watch TV on weeknights”.

Other demands included a sticker set, a new spade for the sandpit and a bulk order of Coco Pops.

Assad: Biden Smelled My Hair and Touched Me Inappropriately

Anticipating the Rapture, Pence to Hold all Emergency Coronavirus...

The Right to Vote Is a Radical Leftist Hoax