Who are the Northern Ireland loyalists threatening to shun peace deal over Brexit fears?

'Please do not underestimate the strength of feeling on this issue right across the unionist family,' the loyalists wrote. 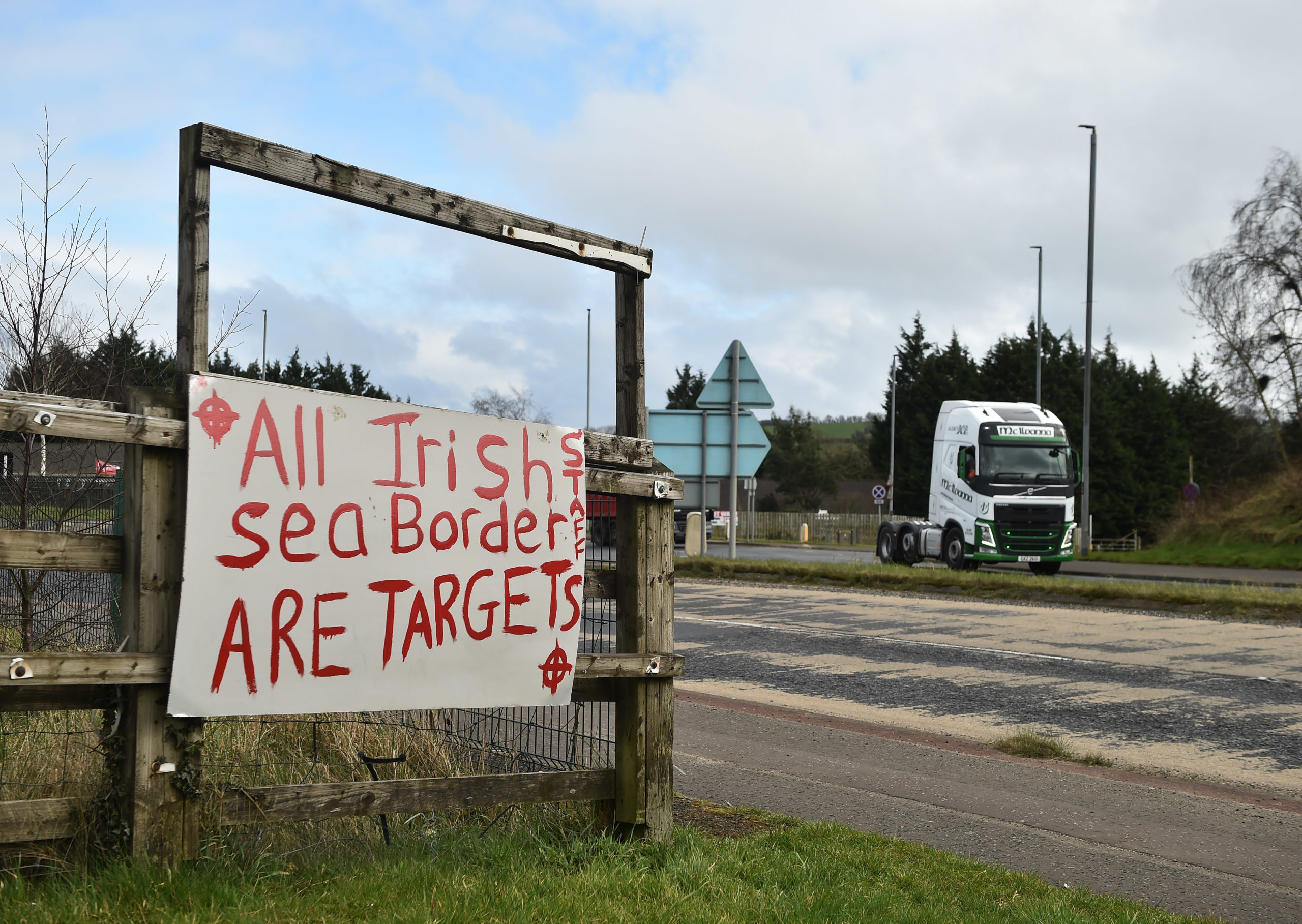 Outlawed Protestant groups have written menacing letters to the prime ministers of Britain and Ireland, Boris Johnson and Micheál Martin, warning they will shun Northern Ireland’s peace agreement until the post-Brexit “sea border” is removed.

This begs the question: Who are these people, and what does their threat mean?

The answer illustrates what a peculiar place Northern Ireland remains, a quarter-century after its rival paramilitary camps — loyalists rooted in British Protestant areas, republicans in Irish Catholic ones — stopped bombing and shooting to join wider negotiations on Northern Ireland’s future. Their ceasefires paved the way for a landmark peace accord signed by the British and Irish governments on Good Friday in 1998.

The militants didn’t disband their organizations as the peace deal envisaged, however. Loyalist paramilitary groups claiming allegiance to the British state and crown persist today in restless hibernation within working-class Protestant communities, including beside the ports of Belfast and Larne, awaiting the next constitutional crisis.

As the loyalists’ letters emphasize, they consider the creation of a new customs border between Northern Ireland and Britain — rather than on the U.K.’s true land border with the Republic of Ireland — to be that crisis.

“Please do not underestimate the strength of feeling on this issue right across the unionist family,” the loyalists wrote.

They pledged to remain peaceful, but warned that the peace deal would collapse unless the Brexit deal’s Northern Irish protocol is rewritten to soothe unionist fears of “an economic united Ireland.” That reflects the reality, so unsettling for unionists, that the protocol makes it easier to trade with EU member Ireland than with the rest of the U.K. — their cherished union.

The protocol “gives effect to the Irish nationalist position at the expense of the unionist position,” the letters said. “The loyalist groupings are herewith withdrawing their support for the Belfast agreement until our rights under the agreement are restored and the protocol is amended to ensure unfettered access for goods, services and citizens throughout the United Kingdom.

“If you or the EU is not prepared to honor the entirety of the agreement,” the loyalists told Johnson, “then you will be responsible for the permanent destruction of the agreement.”

The proxy group sending the letters, the Loyalist Communities Council, is legal — but the three paramilitary gangs it represents are not. Publicly admitting to being a member of the Ulster Defence Association, Ulster Volunteer Force or Red Hand Commando still carries the risk of criminal conviction and imprisonment.

What the loyalist groups lack in political savvy, they project in sheer strength of numbers. British intelligence agency MI5 recently estimated they have about 12,500 foot soldiers, including new recruits drawn from a generation with no memory of “The Troubles” that left 3,700 dead from 1969 to 1998.

These shadowy groups still seek to wield political influence and, if denied this, reserve a full-fledged resumption of bloodshed as their only compelling card to play.

Wielding influence by transitioning to politics proved stunningly successful for the loyalists’ arch-enemies in the Provisional Irish Republican Army. Its allied Sinn Féin party is poised to overtake the Democratic Unionists in the next Northern Ireland elections, and already serves as the main opposition in the Republic of Ireland’s parliament. Like the Irish government, Sinn Féin lobbied the EU hard to keep Northern Ireland in the single market so that Ireland’s land border could remain free of Brexit barriers.

Loyalist outlaws, however, proved incompetent at running their own political fronts and have virtually no directly elected representatives today. Instead, they provide a vein of grassroots support for the Democratic Unionists.

That relationship is what makes the letters’ words more than hot air — serving, rather, as the sharp end of Democratic Unionist demands for the protocol to be scuttled.

Yet those Democratic Unionist MPs — reflecting the instincts of a party that for decades whipped up loyalist violence for its own ends — now cite the potential for loyalist mayhem in its own militarized anti-protocol rhetoric.

The party’s Brexit spokesman, Sammy Wilson MP, said unionists “will fight this protocol with every means we have” and would employ “guerrilla warfare” to “attack the protocol to ensure it is destroyed.”

Ian Paisley MP, the son of the late preacher who founded the DUP, appealed in a parliamentary question for Johnson to meet shared unionist-loyalist demands “to ensure that the genie doesn’t get out of the bottle any further.”

For now, police commanders are viewing the loyalist words — whether in letters to premiers or spray-painted on walls — as a way to vent anger that stops short of violence.

Chief Constable Simon Byrne said he views the loyalists’ rejection of the peace deal as “a political move” that would not be followed by “a return to protest or violence.”

Stephen Farry, deputy leader of the compromise-minded Alliance Party of Northern Ireland, said he found it alarming “that what is essentially a voice for proscribed terrorist organizations is becoming an actor in a political debate.”

This insight is from POLITICO‘s Brexit Files newsletter, a daily afternoon digest of the best coverage and analysis of Britain’s decision to leave the EU available to Brexit Transition Pro subscribers. To request a trial, email pro@politico.eu.
Source : Politico EU More

Most Poles, Hungarians don’t think their countries are...

UK negotiator to EU: ‘It does not have to be like this’