The Mandalorian season 2 will feature Katee Sackoff as Bo-Katan Kryze - but who is she exactly, and what ties does she have to the Jedi? 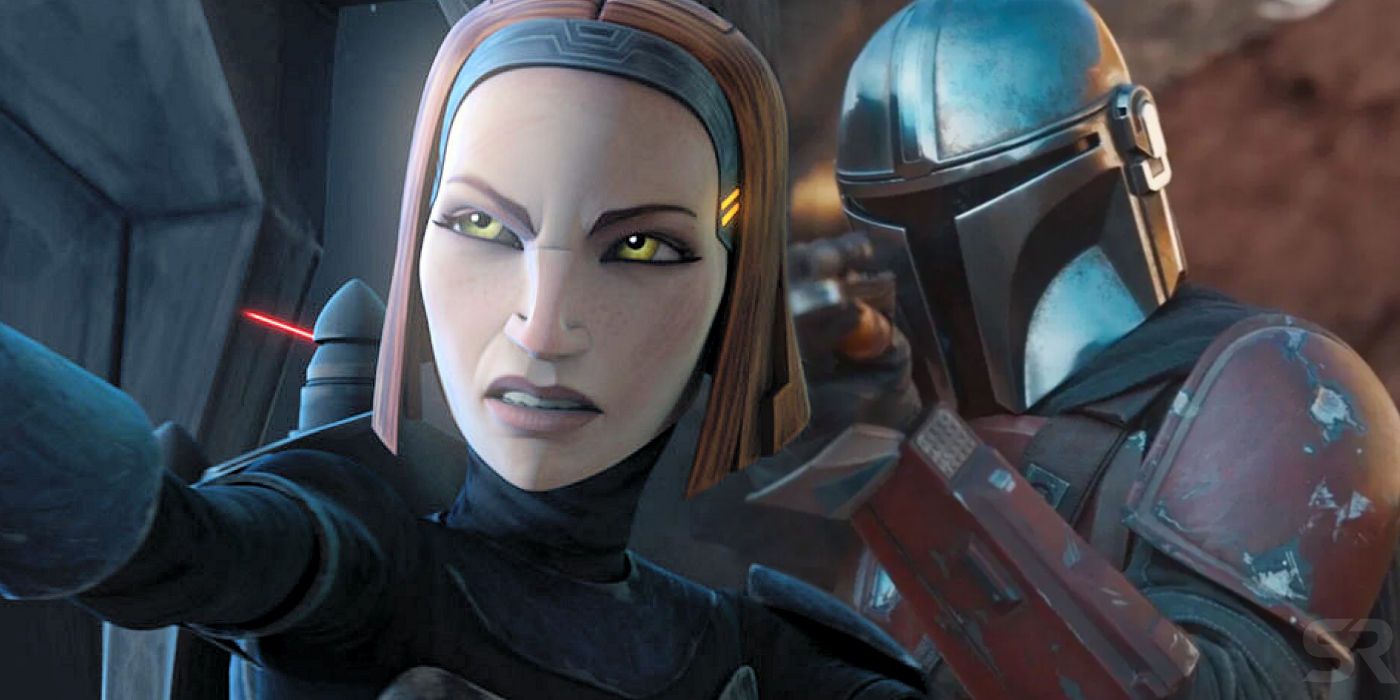 season 2 will feature Katee Sackoff as Bo-Katan Kryze, the character she voiced in Star Wars: The Clone Wars - but who exactly is Bo-Katan? The coronavirus pandemic has brought chaos to TV networks and film studios, but fortunately production, of The Mandalorian season 2 had been completed before the lockdown.

Lucasfilm has a reputation for being spoiler-averse; that was particularly notable with The Mandalorian season 1, where they managed to keep Baby Yoda a secret until the first episode dropped on Disney+. Still, it's much harder to keep secrets during post-production, especially when they're related to casting. As a result, Disney has recently confirmed Rosario Dawson will play a live-action Ahsoka Tano, Temuera Morrison will be appearing as Boba Fett, and Katee Sackoff will be reprising her  role of Bo-Katan. In truth, given the dearth of entertainment news right now due to the lockdown, Disney is probably quite happy to drip-feed this casting news and continue building anticipation for their popular Star Wars series.

Related: Why The Mandalorian Couldn't Keep Boba Fett A Surprise (Like Baby Yoda)

Bo-Katan Kryze is easily one of the most important figures in Mandalorian culture, so her appearance in The Mandalorian season 2 could likely mean the show is about to dig a lot deeper into Mandalorian society. But just who is she?

Bo-Katan was introduced in Star Wars: The Clone Wars as the disaffected sister of Duchess Satine, Mandalore's ruler. Unlike her sister, Bo-Katan believed Mandalore should embrace its martial history, and she went so far as to join a terrorist group called the Death Watch. She swiftly ascended in the ranks of Death Watch, becoming a lieutenant and running an elite squad called the Nite Owls. The Death Watch had no love for the Republic, distrusting the Jedi, and as a result they soon found themselves manipulated and ultimately betrayed by Count Dooku.

Death Watch forged an alliance with Darth Maul, who planned to frustrate the Jedi and the Sith alike; Bo-Katan opposed this alliance, but was overruled. With Maul's help, Death Watch took control of Mandalore, but to Bo-Katan's fury, Maul then declared himself their new leader - and, therefore, ruler of Mandalore. Bo-Katan led the Nite Owls in a counter-insurgency, and soon Mandalore was caught in a bloody and brutal civil war between rival factions. As the conflict escalated, Bo-Katan decided the only way to bring it to an end was to forge a new alliance with the Republic, and she freed Obi-Wan Kenobi from a trap set by Darth Maul. Sadly, she was unable to prevent the death of her sister.

In The Clone Wars season 7, Bo-Katan once again approached the Jedi and gave them updated intelligence on Maul's location. She participated in the Siege of Mandalore, a victory that happened at the same time as the events of . Bo-Katan was appointed Regent of Mandalore, but she refused to accept the Empire's rule, and as a result another civil war raged on the militaristic planet. She was overthrown by former supercommando Gar Saxon, who became Mandalore's Governor and the Emperor's Hand on Mandalore.

Mandalore knew a form of peace under the Empire, one that lasted nearly two decades. Finally, Bo-Katan returned in , forging an alliance with Clan Wren and successfully destroying an Imperial superweapon called the Duchess. In the end, Sabine Wren chose Bo-Katan as leader for the rebellion, and she wielded the Darksaber - the legendary blade of Mandalore, a unifying symbol in Mandalorian culture.

The Empire responded in force to the Mandalorian uprising, in a tragic attack known as the Great Purge. Nothing is known of Bo-Katan's fate; while she's been cast for The Mandalorian season 2, there's been no indication whether this is a flashback. One thing is for sure, though: the Darksaber was wielded by Moff Gideon at the end of The Mandalorian season 1, and Bo-Katan won't have given it up willingly. If this isn't a flashback, and if Bo-Katan is indeed still alive in the post-Return of the Jedi era, then no doubt she will be able to help the Mandalorian understand the Force powers of Baby Yoda - and she may even be reunited with Padawan Ahsoka Tano, her old frenemy.

Ghost Of Tsushima Features A Classic Final Fantasy & One...