WHO Resumes Study of Hydroxychloroquine for Treating COVID-19 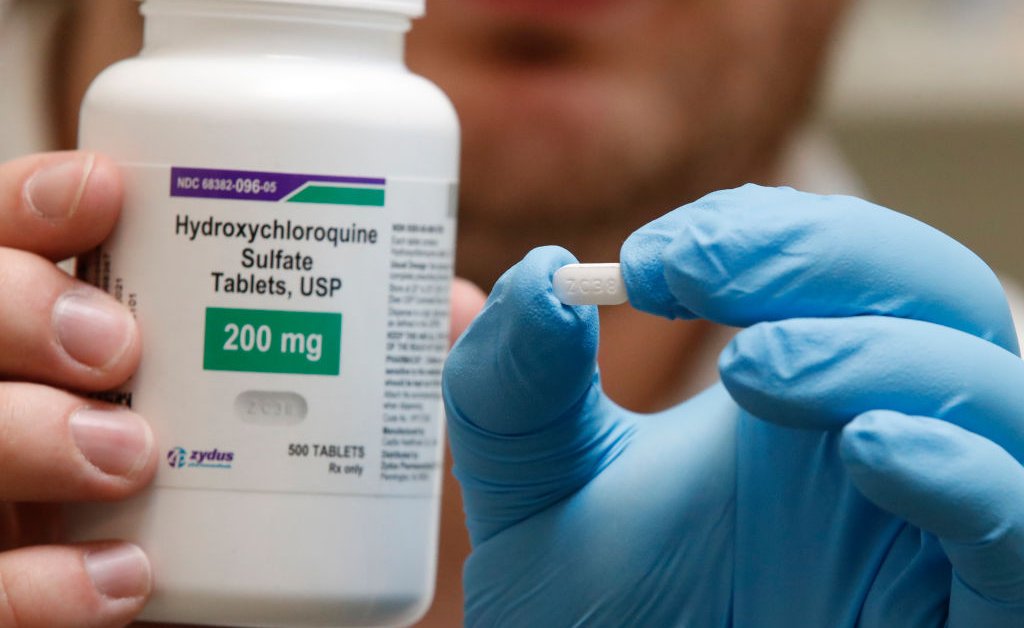 On June 3, the World Health Organization (WHO) resumed a study looking into whether the malaria drug hydroxychloroquine could be effective in treating COVID-19.

Last week, the WHO temporarily stopped people from enrolling in the trial, part of a larger study called Solidarity that is investigating a number of different potential coronavirus therapies, over concerns about the hydroxychloroquine’s adverse effects on the heart. That followed the publication of a study on May 22, involving more than 96,000 people, which found that the drug did not improve survival among patients hospitalized with COVID-19, and that these patients were more likely to develop heart rhythm abnormalities, a known risk factor of the drug, than those not given the medication. (Researchers have raised questions about how the data was collected for that study, and the journal editors are looking into the matter, but for now, the findings stand.) Other studies have similarly found that people taking hydroxychloroquine do not benefit; the results of one trial conducted in New York suggested that COVID-19 patients taking the drug were just as likely to need a ventilator and to die from the illness than those not receiving the drug.

Dr. Tedros Adhanom Ghebreyesus, director-general of the WHO, said in a press briefing on June 3 that the agency’s board reviewed the data concerning heart risks and found “no reasons to modify the trial.”

Hydroxychloroquine is currently approved in the U.S. and other countries for treating malaria as well as certain autoimmune disorders like lupus and rheumatoid arthritis. After a small study in France that was publicized in March suggested it might be effective in reducing some of the symptoms of COVID-19, doctors began investigating the medication among patients for the viral illness. Those studies—including one led by the U.S. National Institutes of Health (NIH)—are ongoing.

Some experts believe the drug might help control COVID-19 in part by blocking the virus’ ability to bind to the body’s cells. Studies in animals and cell cultures in the lab show it may also help suppress the aggressive immune reaction that doctors have seen in some patients’ lungs and respiratory systems. That suggests that by the time a COVID-19 patient is hospitalized, it might be too late for hydroxychloroquine to help, since the infection is already well underway. But until doctors have the results of rigorous trials that randomly assign hospitalized patients to receive hydroxychloroquine or placebo—like the ones currently conducted under the guidance of the NIH and WHO—are completed, they won’t know for sure if that’s the case.

In the meanwhile, other studies are looking at whether the drug might be effective if used earlier in the disease progression. So far, the results from these studies are not very promising. On the same day that the WHO resumed its trial, U.S. and Canadian researchers reported in a that hydroxychloroquine did not seem to protect people at high risk of infection from getting COVID-19. The study included 821 people who were exposed to people with COVID-19 infections either in a health care or household settings, and were then given either hydroxychloroquine or placebo within four days of their exposure; 49 people who were taking the drug developed COVID-19, and 58 people in the placebo group did, which didn’t turn out to be a statistically significant difference.

“We found that hydroxychloroquine was no better than placebo in preventing COVID-19 infection after people have already been exposed to it,” says Dr. Emily McDonald, assistant professor of medicine at McGill University and one of the study’s co-authors.

Dr. Radha Rajasingham, assistant professor of medicine at University of Minnesota and another co-author of the study, says “Hydroxychloroquine should not be used as post-exposure prophylaxis for COVID-19.”

It’s still an open question whether the drug could be effective in protecting healthy people who haven’t yet been exposed from getting infected. Studies investigating that are ongoing, but, says Rajasingham, the data gathered so far suggest it’s unlikely. Nevertheless, she says, these studies “are still valuable and…need to finish and answer the questions they were designed to answer.”

Such studies, however, have to continue balancing the potential benefit of the treatment against its potential harms, and there is reasonable concern that the risks of hydroxychloroquine might be too high given the general trend of little improvement among people taking the drug. In a on May 28, researchers led by Favio Fenton at Georgia Institute of Technology detailed how the drug affects electrical signaling in the heart of rabbits and guinea pig, and contributes to abnormal heart rhythms; these animals serve as model for understanding heart issues in humans. “We see the wavelengths of the signaling become longer, and cycles that before weren’t arrhythmic now with the drug we see big changes in the propagation waves,” he says. “We have to be careful that this drug is not allowed in patients who are not in studies where they can be monitored. Our study shows that you have to be careful.”

Indeed, on April 24, the U.S. Food and Drug Administration issued a warning about using hydroxychloroquine outside of study settings, and advised doctors not to prescribe the drug off-label for treating COVID-19.

Despite concerns about the medication’s side effects, the WHO decided to continue its study among hospitalized patients in order to get concrete answers, backed by solid scientific research, to an open question about the world’s most pressing health threat. “The message is that it’s possible to do the proper study, and while I know we are all eager to try out different potential therapies, it’s reasonable and proper to wait for the proper study to get the definitive answer,” says McDonald. “Otherwise the next time we have a wave [of COVID-19 cases], we are going to be asking the same questions if we don’t get the answer properly. Our study answered one question and we’re happy to have the answer one way or the other because it’s nice to know something definitive. We won’t have to revisit this particular question again and we can look at new options.”

Studies On Effects Of COVID-19 Over People With Diabetes

Why Aren't We Promoting Health to Combat COVID?

How To Help Your Body Fight A Virus

Coaching: The 30-day eating challenge that can blow your...

Only About Half of Americans Would Get a COVID-19 Vaccine,...