WHO says outbreak 'not even close to being over'

Experts say the actual numbers, both in the US and globally, are probably far higher, in part because of testing limitations and the large number of people without symptoms. 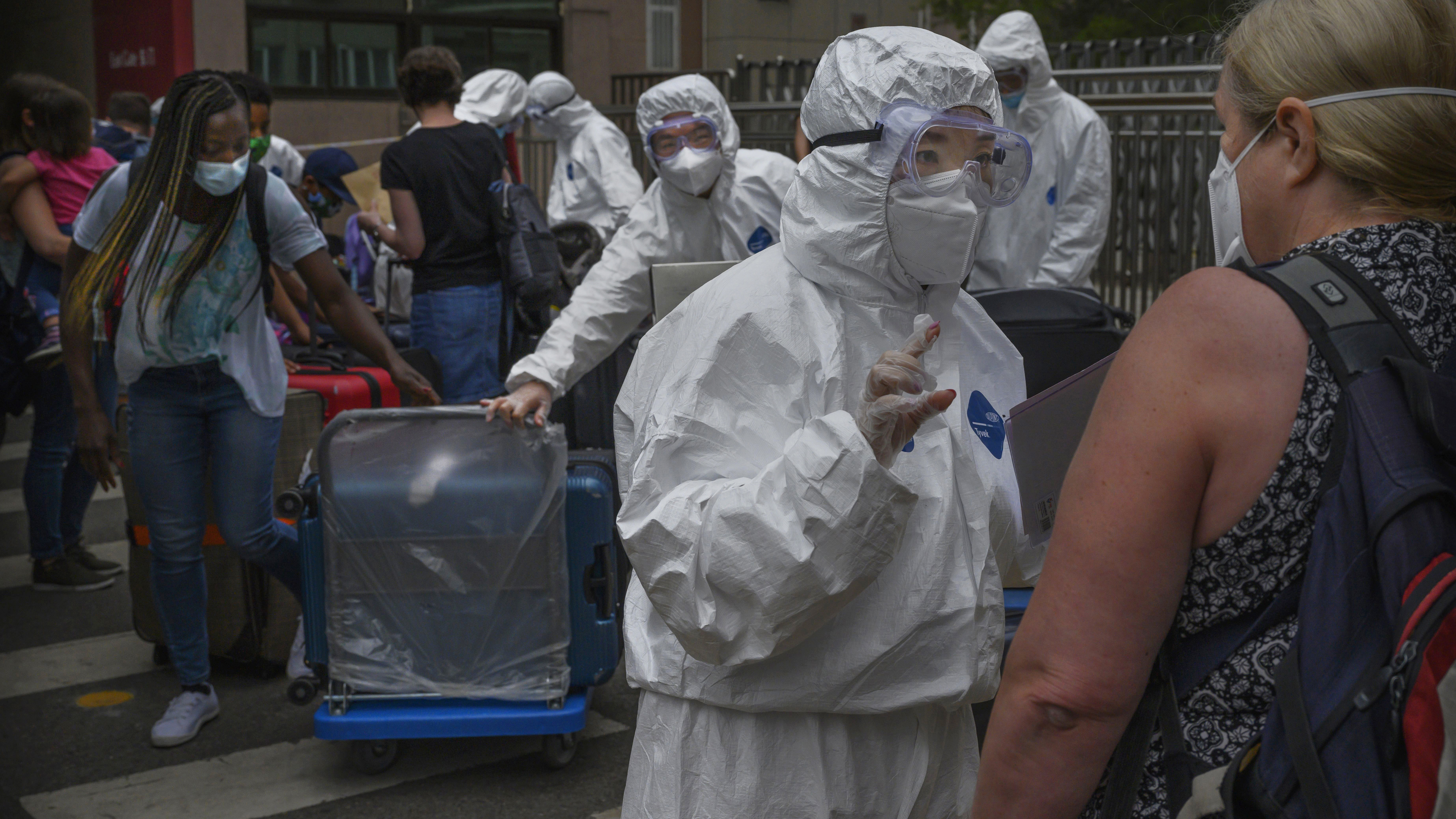 The head of the World Health Organisation says the coronavirus pandemic is "not even close to being over" and that the outbreak is accelerating globally.

At a news briefing on Monday, Tedros Adhanom Ghebreyesus said that Tuesday marks six months since the UN health agency was first informed of a cluster of unusual pneumonia cases in China - the first indications of the coronavirus' emergence.

"Six months ago, none of us could have imagined how our world and our lives would be thrown into turmoil by this new virus," he said, noting WHO has since recorded more than 10 million cases and 500,00 deaths globally.

Tedros said WHO will be convening a meeting this week to assess the progress made in coronavirus research so far and reevaluate priorities moving forward as the pandemic continues.

Dozens of vaccine candidates are currently in early stages of testing and some may move into late-stage testing this summer.

Tedros warned that because "most people remain susceptible" to the virus, the world is still only in the early stages of the outbreak. "The worst is yet to come," he said. "With this kind of environment and condition, we fear the worst."

Governments are stepping up testing and reimposing restrictions as newly confirmed coronavirus infections surge in many countries.

The United States on Monday reported 38,800 newly confirmed infections, with the total surpassing 2.5 million, or about a quarter of the more than 10 million cases worldwide, according to a tally by Johns Hopkins University.

Experts say the actual numbers, both in the US and globally, are probably far higher, in part because of testing limitations and the large number of people without symptoms. 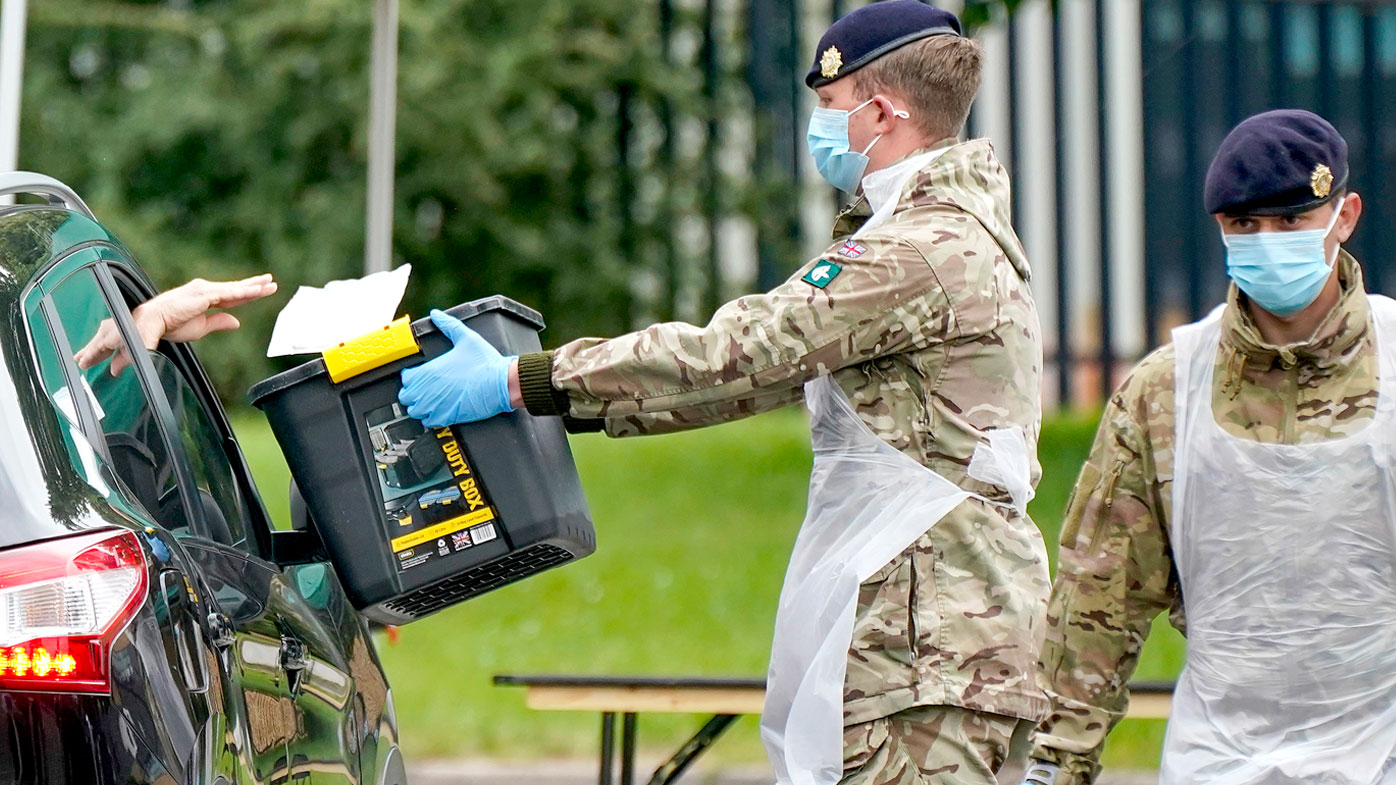 Beaches are closing and beer is going untapped as Florida, Texas and other states backpedal on their reopenings, ordering mandatory wearing of masks in public and closing down restaurants and bars.

India's 20,000 new infections were another record.

Several Indian states reimposed partial or full lockdowns after the total number of cases jumped by nearly 100,000 in one week to about 548,000. 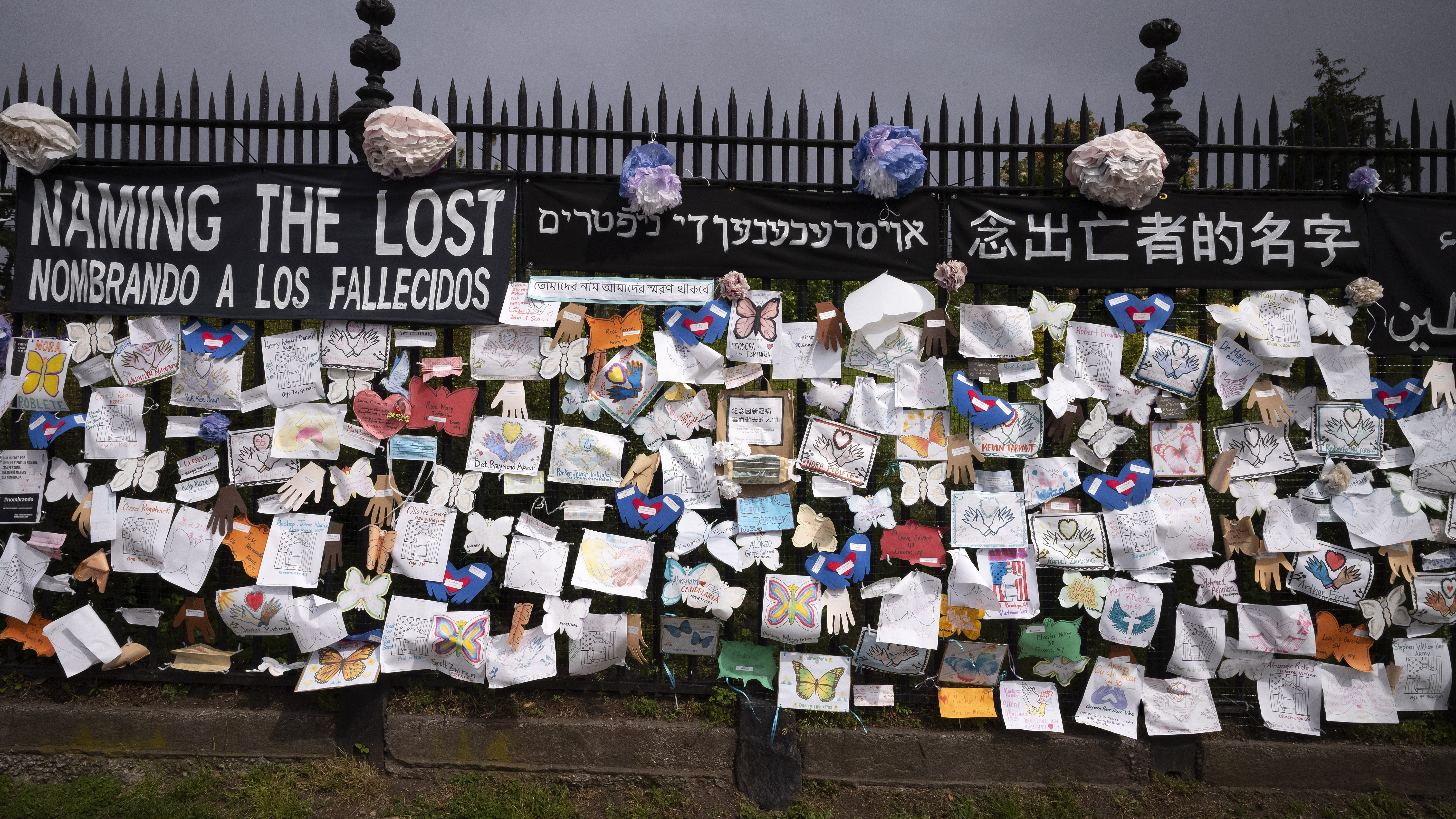 In China, nearly 8.3 million out of about 21 million have undergone testing in recent weeks in Beijing after an outbreak centred on a wholesale market. The country reported just 12 new cases Monday, including seven in Beijing.

South Korean authorities reported 47 new cases as they struggled to curb outbreaks that have spread from Seoul to other regions.

Widespread testing and contact tracing helped South Korea contain its initial outbreak in which it was finding hundreds of new cases a day in late February and early March. Most of those cases were in the area surrounding the city of Daegu, where many were linked to a single church with thousands of members. 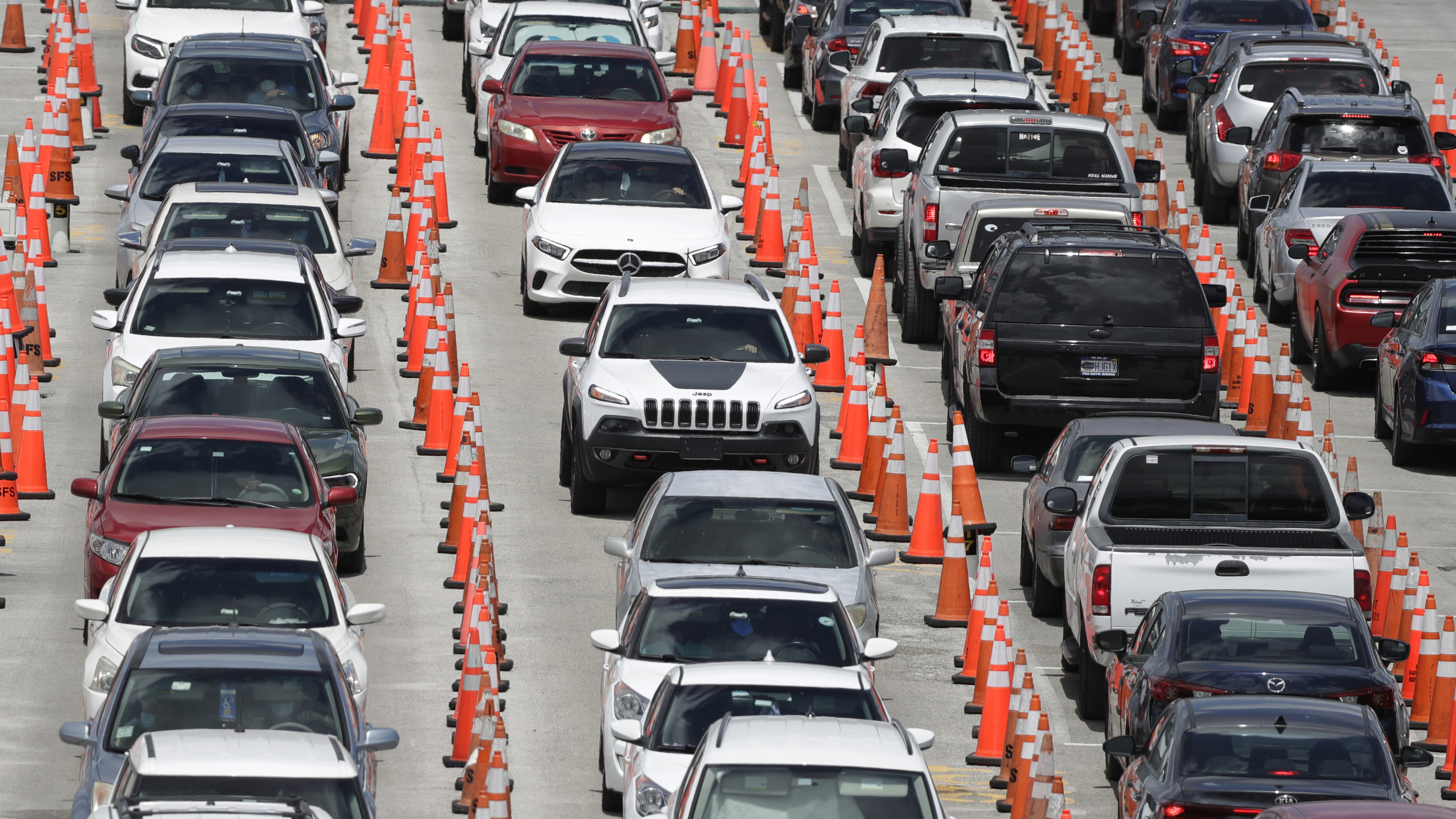 Tracing recent transmissions in the Seoul metropolitan area, home to about about half of the country's 51 million people, has proved to be more difficult.

South Korean officials have said they are preparing to impose stronger social-distancing measures – including banning gatherings of more than 10 people, shutting schools, halting professional sports and restricting nonessential businesses – if the daily increase in infections doubles more than twice in a week.

The British government has reimposed lockdown restrictions in the English city of Leicester after a spike in coronavirus infections, including the closure of shops that don't sell essential goods and schools. 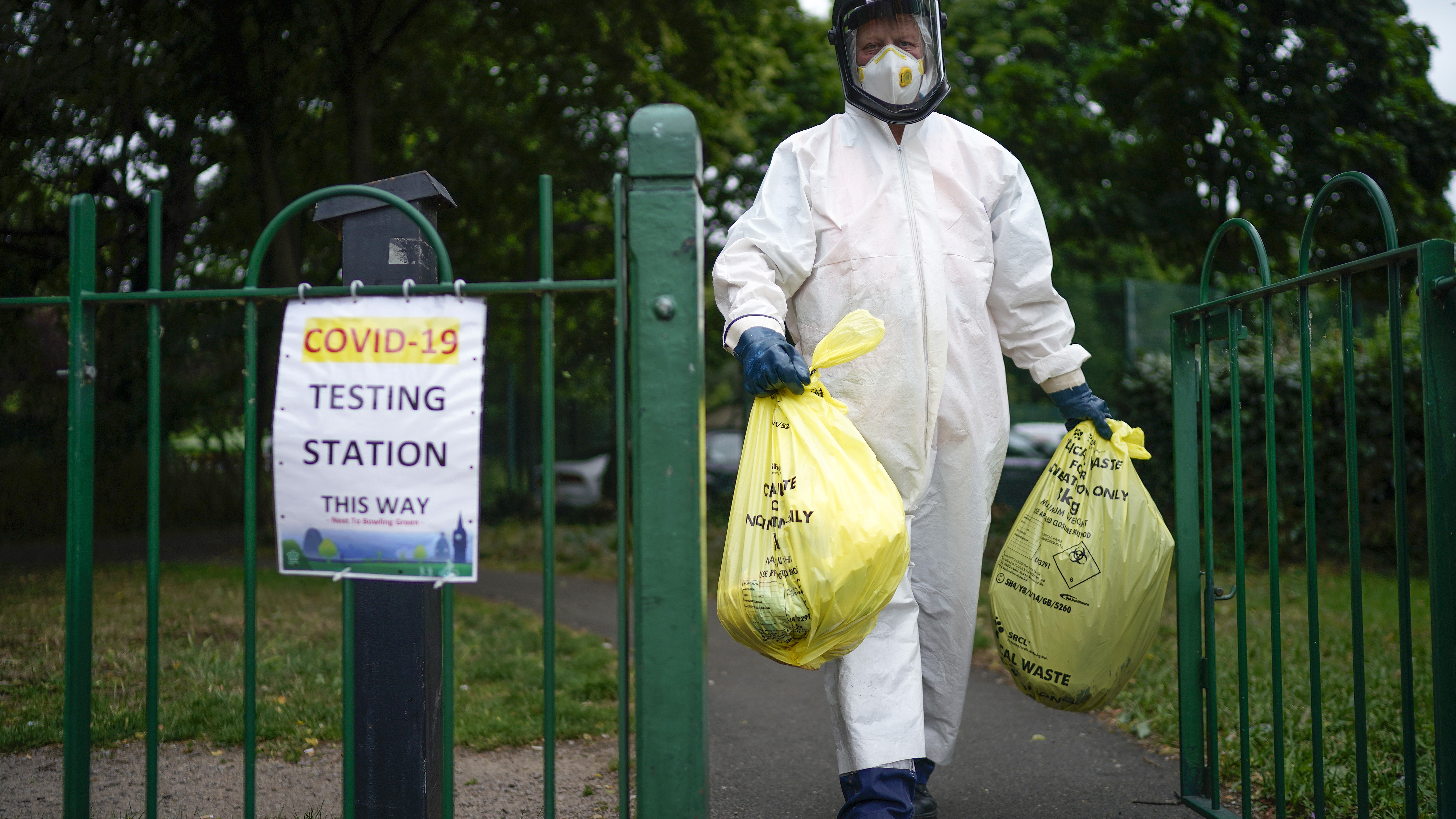 In a statement in Parliament, Health Secretary Matt Hancock said the government won't be recommending that the city joins in the easing of the lockdown in England that is due to take place on Saturday, which includes the reopening of pubs and restaurants.

He also said non-essential retailers, such as department stores and electronic retailers, will have to close again, two weeks after they reopened.

In addition, he said that schools will have to close from Thursday, though they will stay open for vulnerable children. And he also travel to, from and within the city will have to be curtailed.

Hancock said "precise and targeted actions like these will give the virus nowhere to hide and help us defeat this invisible killer."

EU decides who can travel 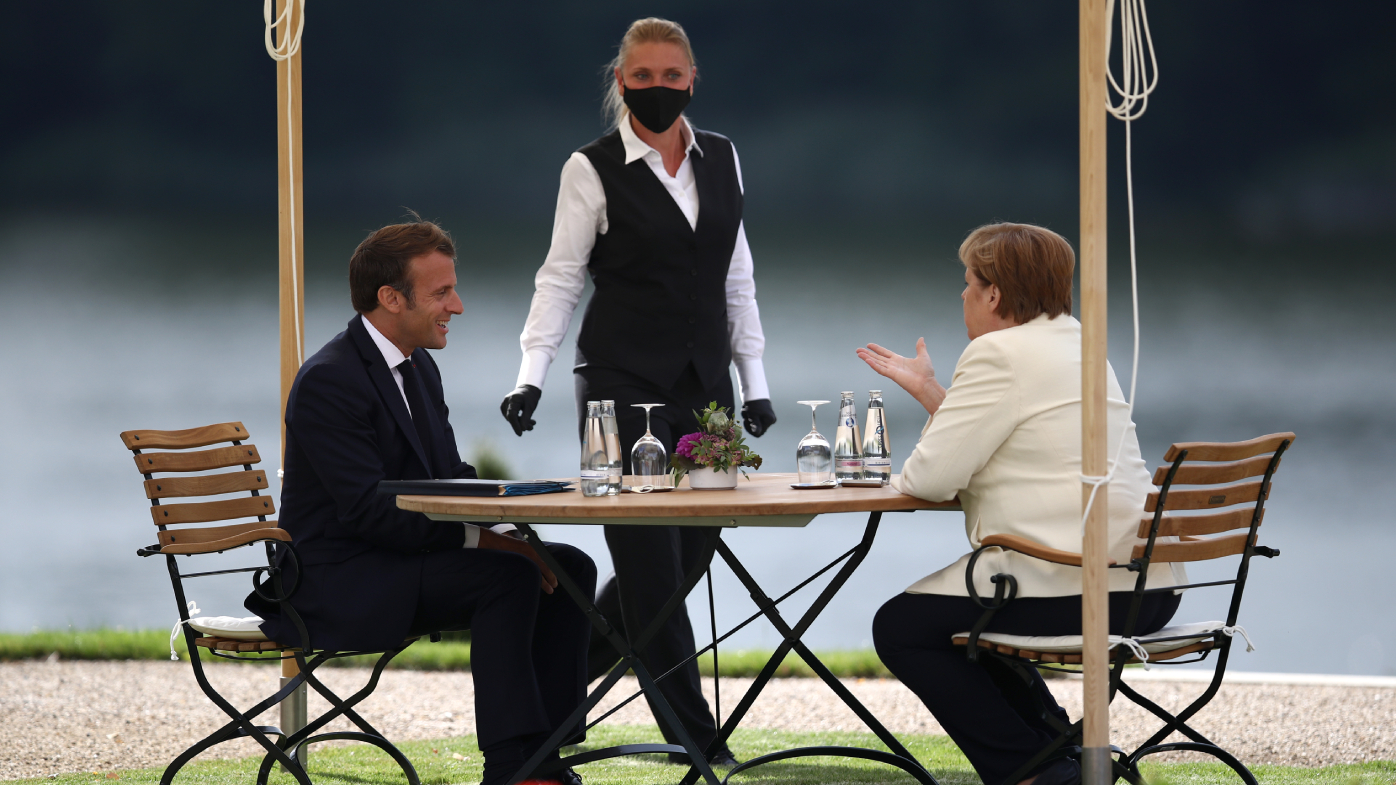 Merkel on the weekend said she was convinced Europe could overcome the challenges even though the coronavirus continued to be a threat, and that EU economic recovery measures need to be passed as quickly as possible.

The EU is preparing a list of 15 countries whose citizens will be allowed to visit the bloc beginning Wednesday, Spain's foreign minister, Arancha Gonzalez Laya, told the Cadena SER radio network. Because of the resurgence in the US, America may not be on that list.

"This is not an exercise to be nice or unfriendly to other countries. This is an exercise of self-responsibility," she said.

Travellers at Frankfurt airport, Germany's biggest, will be able to get an on-site coronavirus test before jetting off. The walk-in testing centre opened Monday. 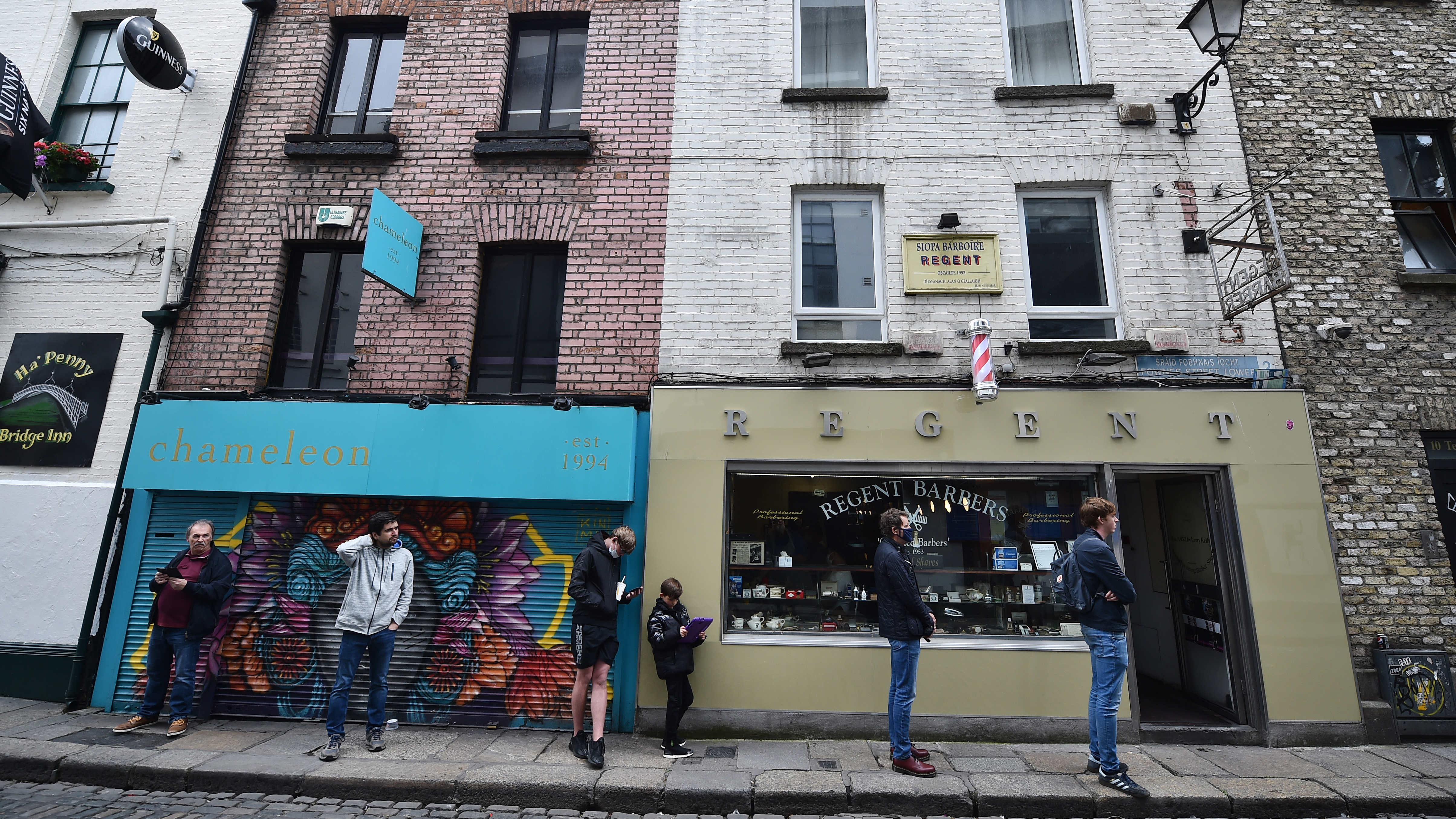 Italy added six new victims and 126 new coronavirus infections to its official COVID-19 toll, one of its lowest daily tallies since the outbreak began four months ago in the onetime European epicenter.

Three of those new infections are in the northern Veneto region, which is now ordering tests for foreign home care workers after a cluster developed among returning Moldovans.

Veneto registered Italy's first COVID-19 death on Feb. 21, the same day that the outbreak erupted in neighboring Lombardy. But whereas Lombardy's outbreak spun out of control, Veneto managed to contain infections in part through broad testing and rigorous isolation of even asymptomatic cases.

Veneto's governor, Luca Zaia, said Monday that 10 cases had been traced to a group of Moldovans who returned to Italy by bus, including the elderly Italian who employed one of the workers as a home care aide.

Vancouverites are dispelling the dread of boarded-up businesses by painting up the...

The members of the Air Force who make up the Hurricane Hunters departed on their...

The order allows "any non-essential gathering of ten or fewer individuals, for any...

From The Town to the infamous Gigli, here are Ben Affleck's best (and worst) movies...

Pubs and clubs attached to a restaurant can reopen across NSW this Friday.

After the Bavarian State Government eased regulations and measures regarding the...

What about six consonants in a row?

Updates to the Coronavirus Policies of Sugardaddy’s Gentlemen’s...

With the Coronavirus halting nearly every part of our economy, for moviegoers, it...