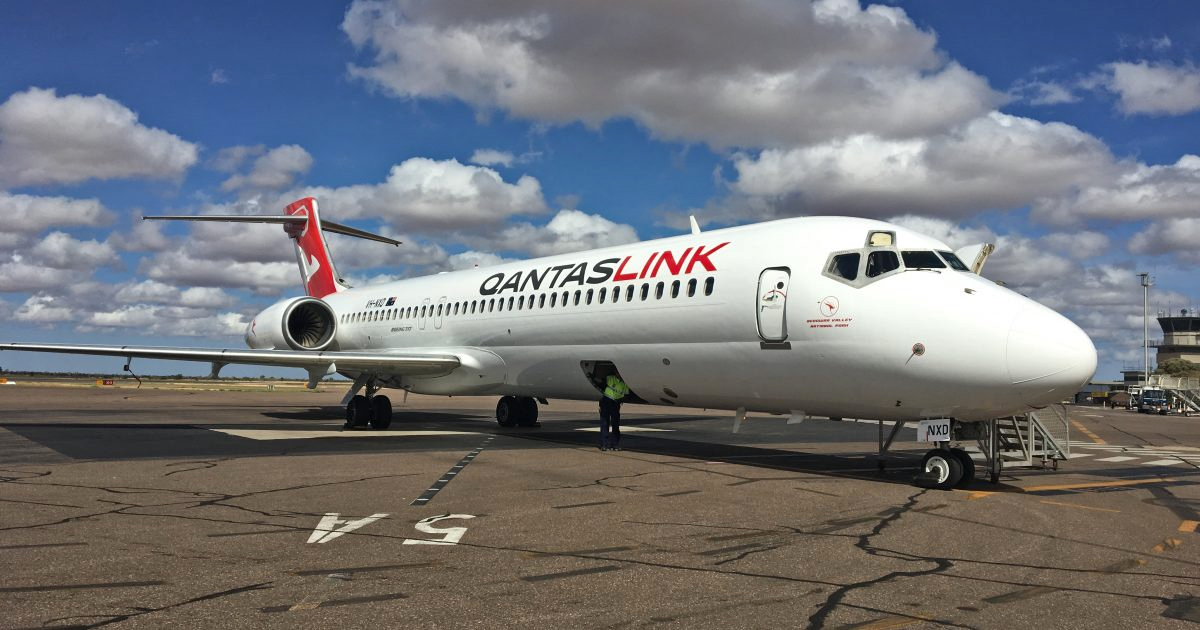 The Australian Transport Safety Bureau (ATSB) has completed and released a report into an incident involving a Fokker 100 over Western Australia last year. The Fokker 100 was operated by Network Aviation on behalf of QantasLink and flying from Perth to Geraldton. An excessive cabin altitude warning caused the flight to descend 17,000 feet in a matter of minutes. The ATSB report found a loose insulation blanket was the cause.

On August 10, 2020, the Fokker 100 (registered as VH-NHC) was flying from Perth to Geraldton. Onboard were five crew and 57 passengers. The scheduled passenger service is a short 420-kilometer hop up the west coast. Network Aviation typically run one or two Fokkers a day on the sector for QantasLink. The aircraft in question, VH-NHC, is over 27 years old. It came to QantasLink/Network Aviation six years ago. In its former life, VH-NHC flew for American Airlines, OceanAir, and Avianca Brasil.

According to the ATSB report, the aircraft was 167 kilometers SSE of Geraldton and eight minutes into the cruising altitude of 26,000 feet when the incident occurred. The pilots received an excessive cabin altitude warning, with no associated faults identified. Oxygen masks were deployed in the cockpit, and the aircraft began an emergency descent.

Approximately one minute into the descent, oxygen masks in the cabin had not descended. When reported to the cockpit, the pilots realized the cabin altitude indication was increasing but had not yet reached the altitude where the masks would automatically deploy. The pilots then proceeded to manually deploy the cabin oxygen masks.

The Fokker 100 was at 9,000 feet within a matter of minutes and leveled out. Because the plane was closer to Geraldton than Perth, the decision was made to continue on. The aircraft landed safely, and no injuries were reported.

A post-flight look at the plane revealed an insulation blanket had become wedged in the secondary (air) outflow valve, affecting pressurization. The ATSB report found this impacted modulation of the aircraft’s cabin pressure. The report also found the insulation blanket had not been correctly secured to the aircraft’s structure. This allowed it to “migrate” into the outflow valve.

“A combination of these two conditions resulted in the insulation blankets not being secured to the structure following maintenance.

“Industry best practice recommends that, when removing a part or component, to not assume it had been correctly installed previously. In all cases, the relevant maintenance documentation should be referred to, ensuring the part or component is being installed to the current specifications.”

Network Aviation replacing insulation blankets on all its Fokker 100s

Network Aviation isn’t the only Australian-based airline flying Fokker 100s. The sturdy plane is a popular choice for charter and lease operators. After the August incident involving the Network Aviation plane, the ATSB has advised other operators to conduct inspections of their own fleets.