When looking at the cockpit of any plane, you’ll notice many similarities: an array of switches, information screens,… 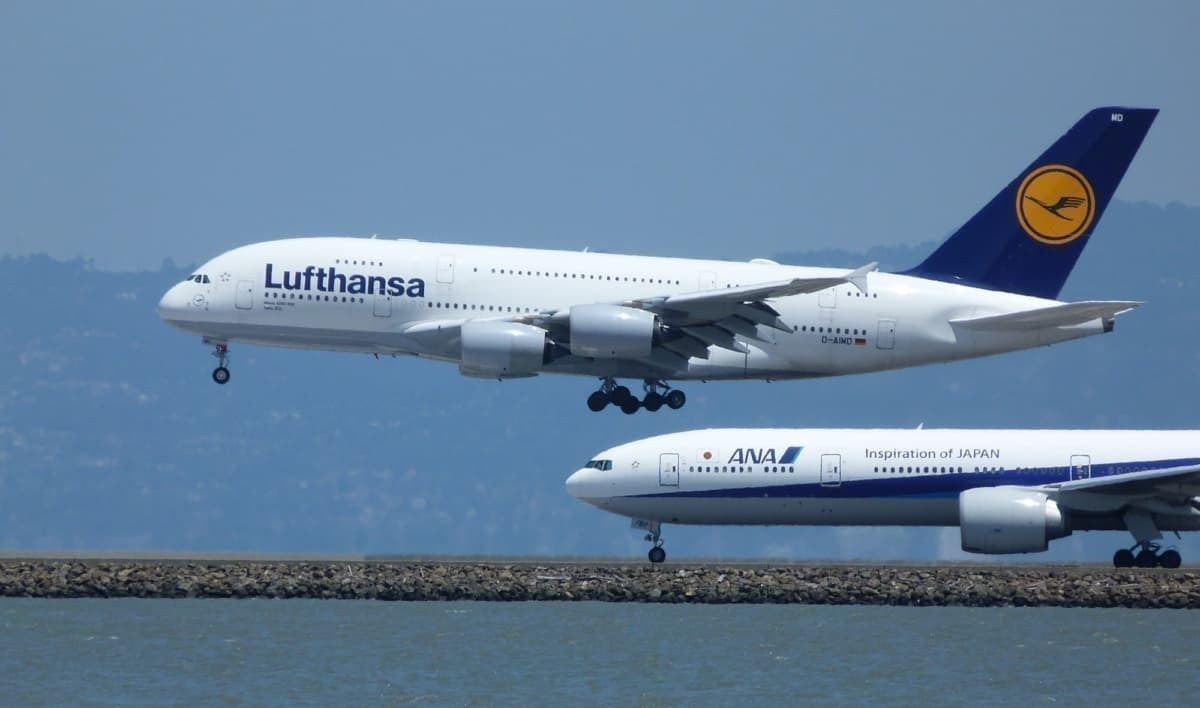 When looking at the cockpit of any plane, you’ll notice many similarities: an array of switches, information screens, and more. However, one difference you might see is the presence of a yoke or of a sidestick, depending on the manufacturer. While Airbus aircraft feature a side stick, Boeing planes come with a yoke to steer the aircraft. But why is this? Does it make a difference in the functioning of the plane?

Prior to the introduction of the A320 family, all aircraft featured a central yoke in the cockpit. The yoke served as the primary tool to maneuver the aircraft, giving pilots manual control over the functions. For a long time, the yoke remained the industry standard, being used on every type of aircraft, from the turboprop to the 747.

However, in 1985, Airbus decided to revolutionize commercial aviation by introducing the side stick instead of the central yoke on its A320. Until then, side sticks were only common on fighter jets, such as the F-16 or Rafale. Airbus’ decision to introduce the side stick came alongside the new ‘fly-by-wire’ system, which replaced manual flight controls with computer-based controls.

The new computer-based controls allowed Airbus to recreate the cockpit configuration and simplify controls. The single-handed side stick allowed for a more comfortable experience and gave pilots more space to interact with the new information systems.

There was a commercial reason to make the switch as well. Airbus was searching for a way to break the stronghold the 737 had over the narrowbody market. By introducing the side stick, Airbus managed to differentiate its planes and give airlines a fundamentally different aircraft than the 737: the A320.

Airbus went on to employ the side stick on all its subsequent aircraft, which means nearly all Airbus aircraft in the sky now feature this design. The absence of the larger yoke means more space, and Airbus has used that to create a new cockpit around computers and displays. Most recently, the airline has moved to introduce a touchscreen cockpit, minimizing the need for manual switches altogether.

The yoke lives on

While Airbus may have transitioned away from the traditional yoke, Boeing did not follow suit. To this day, all Boeing aircraft feature the central yoke along with many advanced technology implementations. There are a few reasons for this.

Boeing actually considered introducing a side stick as early as 1967, with the first 737 aircraft. However, it opted not to, owing to design considerations and concerns that the shift would be too drastic for existing pilots (sounds like a familiar concern?).

With the success of the 737 and 747, it only made sense that Boeing continued on with a similar cockpit design. However, this is not to say that Boeing has also not implemented the newer ‘fly-by-wire’ systems. The 777 became the first aircraft to feature the new system, with the subsequent 787 and 747-8s further improving the technology.

It’s clear that Boeing sees no reason to move away from the yoke. As long as the airline is able to continue innovating, there is little reason to make fundamental design changes. Its latest aircraft, the 777X, continues with the yoke while featuring a futuristic, touchscreen flight deck.

So, which is better?

The first question you might think of while reading this might be, which of these systems is better? Both Airbus and Boeing offer strong and logical explanations for why their systems are better. However, the answer is complicated (and differs depending on who you ask).

The pro-Airbus side insists that the side stick makes how a much more comfortable flying experience for the pilots and ensures that pilots remain within safe limits. The side stick also makes operating the array of computers and systems much easier with more space and one free hand. The side stick also represents the next step in flight development, setting the stage for more innovations.

The pro-Boeing side says the yoke is an important tool to operate the aircraft in emergencies, allowing for an override in emergency scenarios. The side also insists that the yoke design retains more general flying skills, as well as coordination between the pilot and co-pilot. Lastly, the yoke is a part of the flying tradition and there remains little reason to change it since technology can evolve around the yoke instead.

When speaking with pilots, the view is similar. Depending on which aircraft, some insist the yoke offers more control, while others say the comfort of the side stick is unparalleled. The answer to the question which is better is not an easy one and stems from the design philosophies of Airbus and Boeing.

When discussing side sticks and yokes, its important to see how the technologies fare in the real world. While aviation is at its safest period in history, there have been instances where both these technologies have come under scrutiny.

The side stick technology was thoroughly investigated following the crash of Air France flight 447. The Airbus A330 crashed into the Atlantic following a loss of autopilot and the flight crew’s struggle with the side stick. At one point, both pilots tried to operate the side stick at the same time, canceling each other’s actions out and pushing the plane into a stall.

After the accident, many criticized the side stick design since it did not account for the other pilot’s actions. Whereas in a yoke design, one pilot’s actions are mimicked on the other yoke as well. However, others have chalked the incident to the flight crew’s reaction rather than a system fault.

In the case of the yoke design, critics point to the 737 MAX. The older design of the 737 family means the aircraft doesn’t have many new safety features found on newer aircraft. For instance, the 737 MAX does not use the ‘fly-by-wire’ system on most of the main controls. Boeing’s pursuit to make the plane as similar to the 737 NG, to avoid pilot retraining, has meant leaving out newer flight deck features. While this may not be a criticism of the yoke itself, it does make it seem like outdated technology.

Eventually, both Boeing and Airbus follow different ideas on the degree of automation in the flight deck. This, in turn, translates to the flight experience pilots see onboard, both of which have their own merits and demerits. Which it’s unlikely Airbus will ever move back to the yoke, could Boeing do so? We’ll find out in the next few decades.

What do you think about the side stick and yoke debate? Do you have a preference? Let us know in the comments.

The History of the Rolex Daytona Movement Evolution

The Rolex Daytona has been a fixture within the luxury watch market for decades....

The mayor said New York City is not yet ready to roll out the plan, because there...

Sessions claps back at Trump: ‘You’re damn fortunate’ I...

A commission will work to increase the representation of minority communities in...

Serves this as a side dish or as meal on its own.

Authorities in Cyprus say they'll pay the holiday costs of anyone who tests positive...

Ed Harris’ The Man In Black Will ‘Kill Everyone’ In ‘Westworld’...