Tom Hardy stars as Al Capone in Josh Trank's movie about the infamous gangster's final year. But why is the character referred to as "Fonz" in Capone? 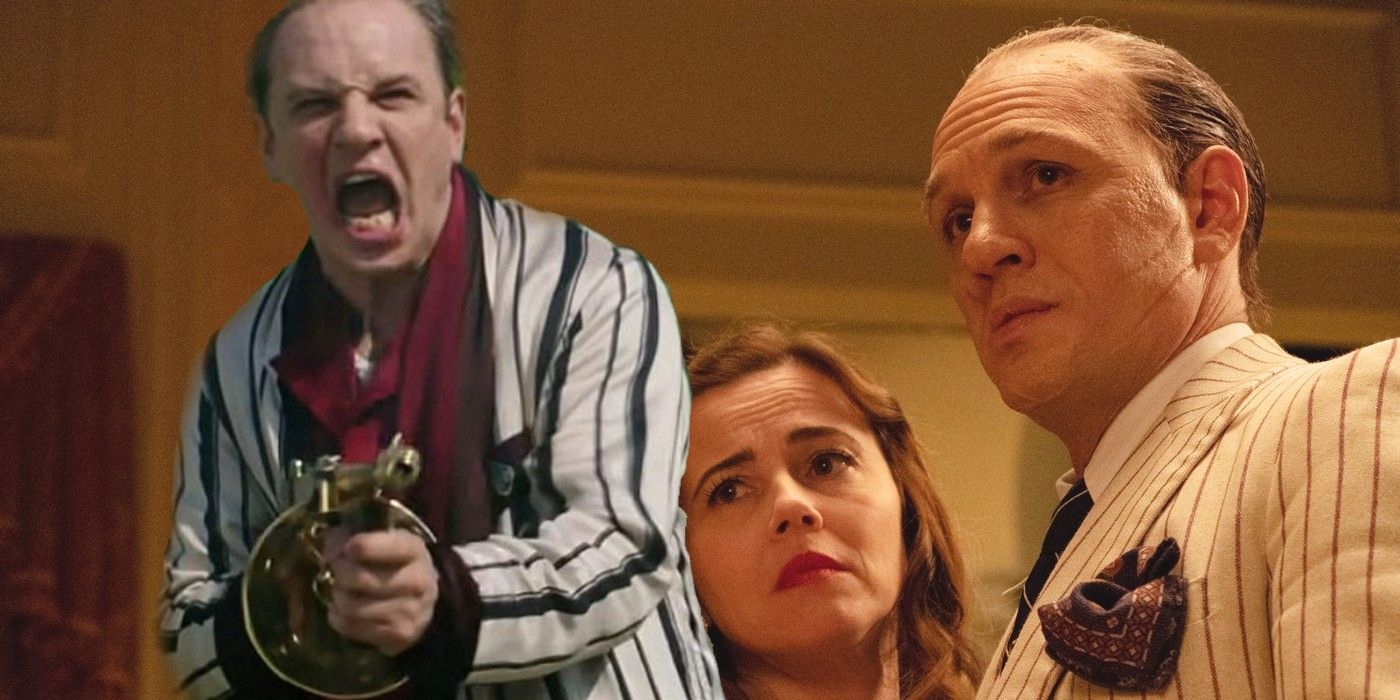 Why is Tom Hardy's Al Capone referred to as "Fonz" throughout the new Capone movie? Although movie theaters across the world remain shut due to the pandemic, new movie releases have continued to trickle out of Hollywood via streaming services, on-demand and home media premieres. is one such movie, and has certainly made an impression in a market desperately wanting for fresh material. However, Capone has proved extremely divisive thus far. Not only does the film focus on the slow decent into madness Al Capone suffered as a result of neurosyphilis, but much of the story is a reflection of its subject's state of mind. Tom Hardy's performance in this strikingly unique role has attracted a very mixed response.

Due to the period Capone is set, the title character is far from what many might expect. Rather than the gun-totting ruthless gangster that partially inspired Scarface, Trank's movie explores the dying days of a deeply troubled and horrifically ill man. Anyone looking to see Al Capone mowing down rival gangsters will be disappointed here, but those looking to see Tom Hardy soil himself are well catered for. Another disconnect between the Al Capone audiences may expect and the character Capone delivers is his name. Throughout the movie, Al is referred to as "Fonz" by his wife Mae, his friends and family, and many others who interact with him.

Related: Why Capone's Reviews Are So Mixed

On a surface level, Fonz is short for Capone's full name, Alphonse - a moniker that surprisingly didn't catch on in mob circles. However, the consistent use of "Fonz" denotes two key facets to Tom Hardy's character. The first is a common feature in virtually all classic gangster movies: the separation of business and family. Capone places a heavy emphasis on blood ties; the film opens with the titular gangster playing hide and seek with the younger members of his family and ends with him being appreciated at thanksgiving dinner and reuniting with his estranged son. Essentially, Fonz is how the man is known to his family, Al is what his subordinates and rivals call him, and this is shown when Gino inadvertently says asks if there's anything "Al" needs. This mirrors a common thread found within many popular gangster movies. For example, The Godfather begins by showcasing the very stark difference between the happy, affable Grandpa Vito and Don Corleone, being asked for deadly favors on his daughter's wedding day.

The other reasoning behind Hardy's Al Capone largely being referred to as Fonz is to further separate this iteration of the character from his criminal past, both on a narrative and personal level. As previously mentioned, Gino makes the mistake of referring to his boss as Al, and this is swiftly followed by a reminder from Mae that no one is to use that name "in this house." Fonz isn't just a friendly family nickname, it represents Capone in his later life. To the papers, the cops, the button men, this man was known as Al, but in Capone, Al has effectively already died. Fonz is all that remains, and Mae is desperate to keep things that way, removing her husband from as much of his past as possible to give he and the family a peaceful final year away from the world of blood and violence. The name "Al" only conjures unwanted memories.

The importance of calling Al Capone "Fonz" was reflected in the movie's original title. Before changing distributors, Capone was called Fonzo, putting far more emphasis on the figure's latter, family life. Perhaps if the first title had stuck, audiences would've known not to expect a gritty gangster movie, but an offbeat, surreal look into Al Capone's twilight. Either that or Happy Days with Tommy guns. Whether he's Al or he's Fonz, Capone remains a subversive watch and this feels like a deliberate direction from Trank. Certainly, Hardy succeeds in being divisive, and the emphasis on the Fonz name also serves its purpose successfully - drawing a line between the gangster's drastically different lives.

More: How & When Did Al Capone Die

Pokemon: Farfetch'd Is Nearly Extinct Because It's a Popular Food

Orange Is The New Black: 10 Interesting Facts About Ruby...