Why did Russia go after the European Parliament?

It doesn't carry out EU foreign policy or adopt sanction, yet MEPs have often gone further than the EU in criticising Moscow. 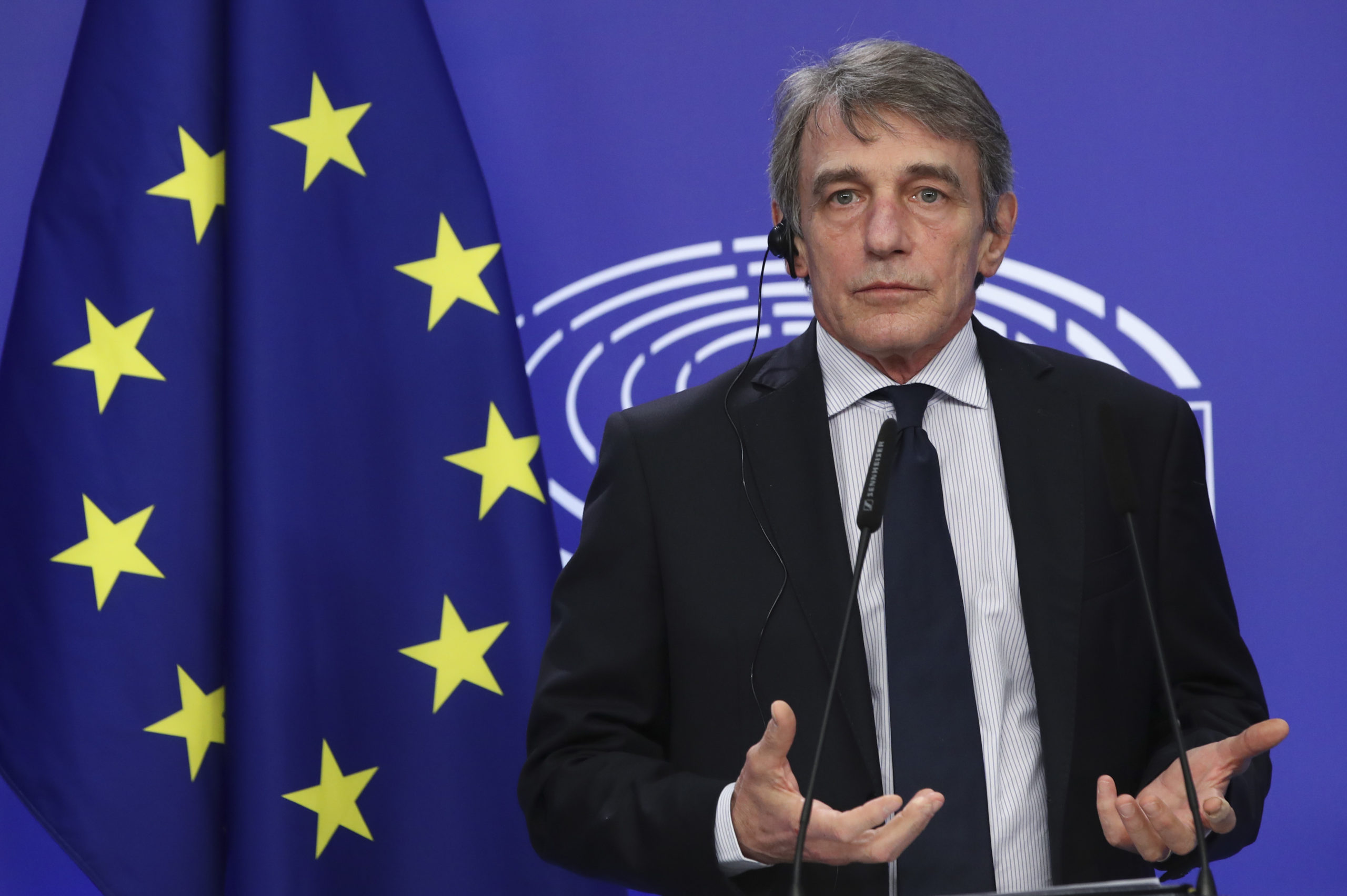 David Sassoli did not draft the EU’s sanctions against Russia. He hasn’t set foot in Moscow during his time as European Parliament president. And officials close to him say he wasn’t planning to go there any time soon.

Yet last Friday, Sassoli was banned from entering Russia, included on a list of eight senior European officials that Moscow issued.

Some of the names made sense. European Commission Vice President Věra Jourová, for instance, has led the EU’s campaign against Russian disinformation.

But Sassoli’s inclusion was somewhat perplexing. The Parliament does not carry out the EU’s foreign policy — that’s the External External Action Service (EEAS). Yet the EEAS head, Josep Borrell, wasn’t on Russia’s list. The Parliament doesn’t adopt sanctions against foreign countries — that’s the Council of the European Union. Yet officials from that body weren’t targeted, either.

Still, from a PR perspective, there are myriad reasons Russia would go after Sassoli — and, by extension, the European Parliament. Free from the diplomatic or bureaucratic constraints of working with the Russians, MEPs are relatively unconstrained to criticize, harangue and bludgeon Moscow over its malign behavior. And it’s these barbed critiques and resolutions that flow into news stories and circulate on Twitter. Essentially, it’s what the public often sees coming from the EU about Russia.

And the Parliament has been specifically vocal about an issue seemingly at the heart of Russia’s move — the poisoning and jailing of opposition leader Alexei Navalny.

“In the public view, Parliament has seized the leadership role in this debate,” Sergey Lagodinsky, a German Green MEP who grew up in Russia, told POLITICO. “It’s a voice that is directly legitimated, and it’s more political, more ambitious.”

“We are politicians more than the bureaucrats or the executive branch,” he added.

Or, as Sassoli put it, the ban simply wasn’t about him.

“It’s not a personal issue,” he told Italian daily La Stampa on Sunday. “One hits the president to hit the Parliament.”

MEPs have been beating the drum about Navalny’s case for months.

Last August, Navalny — Russia’s most prominent critic of President Vladimir Putin — was poisoned while flying within Russia, nearly dying. The EU and many of its allies swiftly accused Moscow of orchestrating the attack.

Over in Parliament, MEPs began lashing out at the Kremlin.

In September, MEPs adopted the first of three strongly worded resolutions condemning Moscow for its mistreatment of Navalny — first, for his poisoning, then later, for his arrest and jailing.

The resolution, backed by 532 MEPs (out of 705), “strongly condemns the attempted assassination of Alexei Navalny,” and urges Russia to “put an end to the harassment, intimidation, violence and repression of their political opponents.”

Two months later, in November, Parliament asked Navalny himself to appear at an online meeting of its foreign affairs committee. At the gathering, Navalny pleaded for EU action.

“It is extremely important for Russians to know that Europe as a whole and the European Parliament will not keep silent on such events,” he told MEPs.

In January, after Navalny had returned to Russia — only to be immediately detained on what were considered specious charges — Sassoli introduced a plenary session in Brussels by calling on the Russian authorities to release Navalny.

“His detention represents a violation of human rights,” he proclaimed. “And we support him.”

That same month, 581 MEPs approved a resolution calling on EU member states to “take an active stance” on Navalny’s arrest and to “significantly strengthen the EU’s restrictive measures vis-à-vis Russia.”

Yet in speeches, some MEPs went further than the EU itself, calling on the bloc to penalize Russian oligarchs linked to the regime, as well as members of Putin’s inner circle — a step they said would hit harder than punishing government officials. Others also called on the EU and its member states to abandon the controversial Nord Stream 2 pipeline, which will move natural gas between Russia and Germany.

Just last week, 569 MEPs adopted a text that called for “the immediate and unconditional release of Alexei Navalny,” whose sentencing is “politically motivated” and “runs counter to Russia’s international human rights obligations.”

It’s this behavior that put Parliament in the Kremlin’s crosshairs, said David McAllister, another German MEP who chairs the Parliament’s foreign affairs committee. Russia’s travel ban, he said, targeted “an independent institution,” one that “has been and remains vocal when it comes to controversial issues around the world.”

The Parliament’s handling of the Navalny case represents a broader trend of needling Russia during Putin’s reign.

MEPs have also used the annual Sakharov Prize for Freedom of Thought to send political messages to Moscow.

Still, Sassoli is not the first Parliament official to be banned from traveling to Russia.

In 2014, former MEP Rebecca Harms, a long-time Putin critic and co-chair of the European Greens, was banned from entering into Russia after being held at Moscow’s Sheremetyevo airport for four hours.

And in 2015, after the EU introduced sanctions against Russia for its annexation of Crimea, the country imposed an entry ban on 89 European citizens, including Anna Maria Corazza Bildt, a former Swedish MEP.

US secretary of state hails UK alliance but stresses need for stability in Northern...

Nicola Sturgeon: A swift return to normal ‘not on the cards’

Belgium lifts its lockdown — what is allowed and when