Why Evan Peters' Quicksilver Should Return In WandaVision

Based on recent comments, WandaVision may be setting up Quicksilver's return. If he does appear, it should be Evan Peters' take on the character. 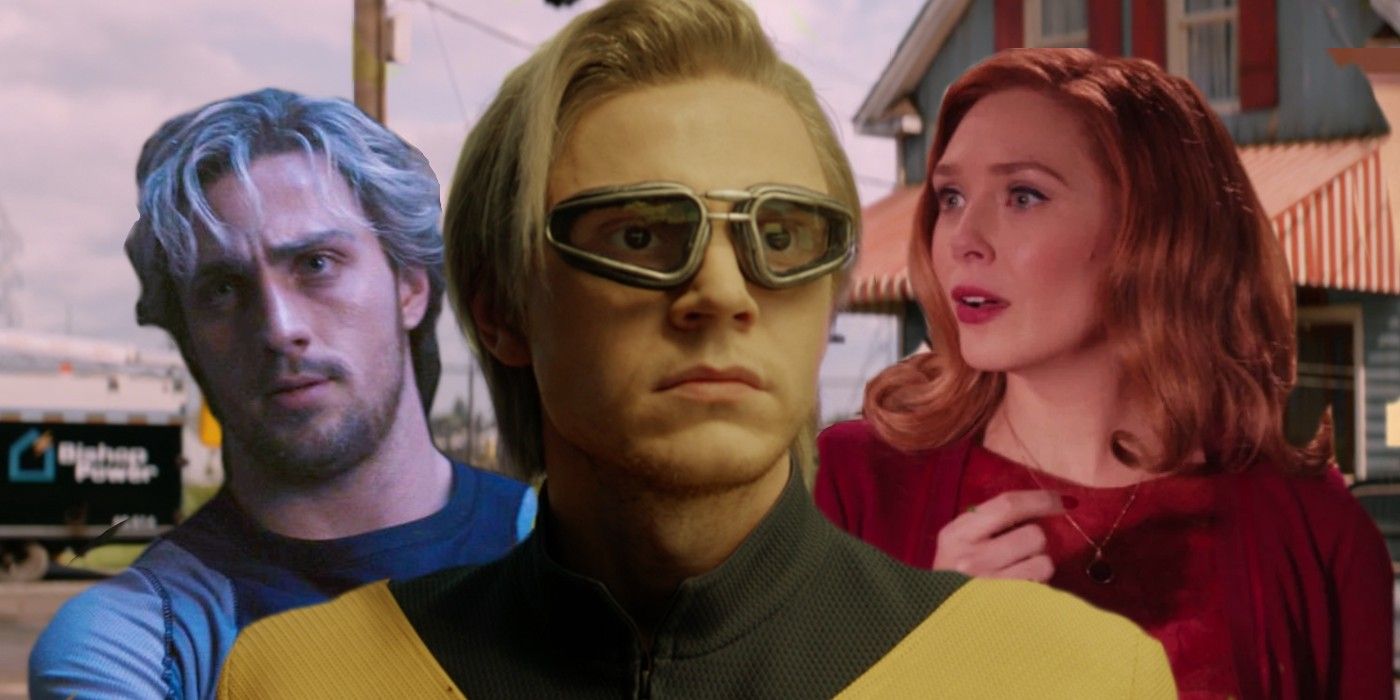 Marvel should bring Evan Peters’ Quicksilver back in WandaVision. Based on recent comments made in the Disney+ show’s latest episode, it does seem like Marvel may be setting the stage for the classic Avenger’s return to the MCU. Plus, Peters is reportedly appearing in the show.

In Avengers: Age of Ultron, Aaron Taylor-Johnson’s Quicksilver died in the battle against Ultron. To fans of Marvel’s top speedster, it was disappointing that he died in his first and only MCU appearance. While his sister has maintained a strong and lasting presence in the Marvel Cinematic Universe, Pietro Maximoff has remained dead in the MCU. However, he wasn’t the only live-action Quicksilver to grace the big screen. Since the rights to him were shared by Fox and Disney, the X-Men movies were able to utilize him through actor Evan Peters. Unlike Taylor-Johnson’s Quicksilver, Peters was able to play Quicksilver in three X-Men movies.

In , the MCU’s Pietro Maximoff was namedropped by Wanda (Elizabeth Olsen) and Geraldine (Teyonah Parris), who brought up the fact that he was killed by Ultron. Wanda was clearly unsettled by this, and it’s possible that discussing this painful memory will lead to his return. If Wanda did use her reality-warping powers from Marvel Comics to create twin boys and resurrect Vision (Paul Bettany), then it’s certainly not unfeasible that she could revive her brother as well. It could be that if Marvel does go down that road, his return could happen with a big twist: Evan Peters could be playing him.

Quicksilver could be the huge , and having him in the show would make sense. First of all, it would help set up Spider-Man 3’s implementation of the multiverse concept. The cast of Spider-Man 3 including characters from past Spider-Man franchises does indicate that Marvel films outside the MCU exist in alternate timelines, and WandaVision could firmly establish this ahead of the movie by bringing in Fox’s Quicksilver. As for how it could work that her brother could look so different, it may be that she somehow pulls him in from the multiverse, instead of just creating him. It could show that her powers are out of whack and a bit out of control. It could also be a sign of her growing mental and emotional instability.

Unless some craziness in the multiverse allows for two versions of the same character in WandaVision, Marvel may have to choose between Evans Peters and Aaron Taylor-Johnson’s Quicksilver. An additional reason why Peters’ Pietro could be the better choice is the show’s comedic tone. The Quicksilver from the X-Men movies fits this better than the MCU’s version. Like the way the comic book hero was portrayed in the classic Avengers comics, Age of Ultron’s Pietro was a very serious character, and not someone known for his sense of humor. To make him work in WandaVision, he may have to be lightened up a bit too much, whereas, with Peters, significant changes wouldn’t be necessary because he’s already a “fun” superhero.