The Airbus A350 XWB family represents an exciting development in next-generation long-haul air travel for the European manufacturer.… 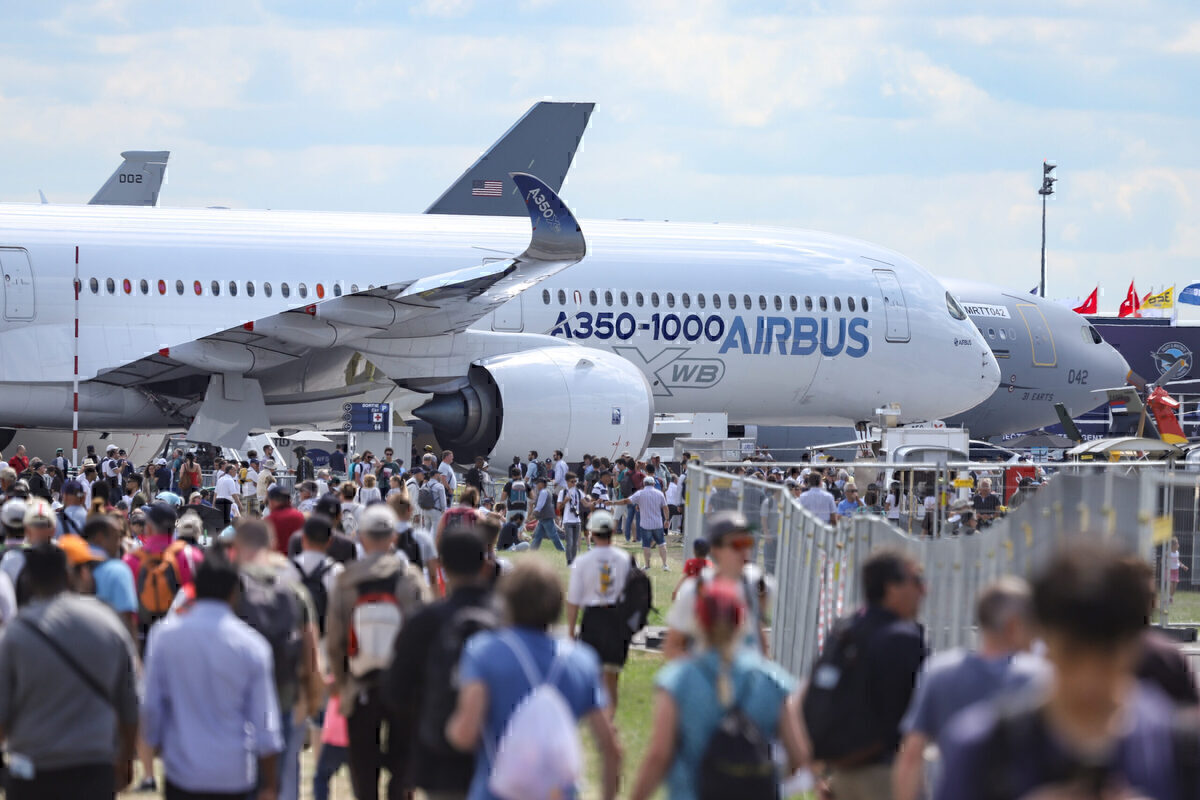 The Airbus A350 XWB family represents an exciting development in next-generation long-haul air travel for the European manufacturer. It first flew in 2013, and entered service with Qatar Airways two years later. The family consists of the A350-900 and -1000 variants, of which the former has seen far more commercial success. But why is this the case?

A brief history of the A350’s development

Airbus proposed the concept of the A350 back in 2004, as a response to Boeing’s next-generation 787 ‘Dreamliner’ family. The European manufacturer initially planned for it to be a re-engined development of its existing (and successful) A330. Its wings would have also featured similar composite materials to those found on the 787.

However, when market demand proved inadequate, Airbus changed direction with the project. It instead elected for a wider fuselage (nine-abreast in economy class compared to eight-abreast on the A330 and A340), and new engines. Known as the Rolls-Royce Trent XWB, these were specifically designed for the A350 (although Airbus first trialed them on an A380 testbed).

The A350 made its first test flight in June 2013 from Toulouse, France, and received EASA certification 15 months later. FAA certification followed after just a further two months. This allowed the A350-900 to eventually enter service with Qatar Airways on January 15th, 2015.

Let’s take a look at some of the specifications of the two A350 variants in various crucial areas. In each instance, we will list the A350-900 first, followed by the -1000.

As we can see, the five-meter difference in length contributes to a significant advantage of 50-60 passengers for the A350-1000 over its smaller counterpart. Meanwhile, their wingspans are identical, and the longer A350-1000 is just three centimeters taller.

This aircraft doesn’t just excel in terms of size and, subsequently, passenger capacity. Indeed, it also has an additional 1,100 km (600 NM) of range. This makes the larger variant seem the more favorable product, but the sales figures tell a different story.

Every month, Airbus publishes updated details of its worldwide orders and deliveries for its diverse portfolio of commercial aircraft. The most recent installment at the time of writing was valid to February 28th, 2021, and it displays a striking contrast.

In terms of orders for the A350 XWB (eXtra Wide Body) family as a whole, Airbus is approaching the four-figure mark. In total, it has received 913 orders for A350 family members, of which it has delivered 408. However, the split between the -900 and the -1000 is far from even.

With 745 examples, the smaller -900 makes up over 80% of the orders received for A350 family members. Meanwhile, the larger -1000 has received just 168 requests. This disparity is even more striking in terms of the aircraft that Airbus has delivered.

Of the aforementioned 408 deliveries, a staggering 87% of these have been examples of the -900 variant, totaling 355 aircraft. In contrast, airlines worldwide have thus far received just 53 A350-1000s.

Do any airlines fly both variants?

While the A350-900 is by far the more popular variant, a handful of airlines operate both versions. One of these is French-Caribbean carrier Air Caraïbes, whose fleet, according to Planespotters.net, features three -900s and one -1000.

Korean carrier Asiana currently only operates the -900, but also has the -1000 on order. Similarly, Starlux Airlines has placed orders for both variants. Airbus’s figures show that the Taiwanese carrier has nine -900s on order, alongside a further eight -1000s.

The other two airlines to fly both variants are among the A350’s largest operators. Planespotters.net reports that launch customer Qatar Airways flies 34 A350-900s, representing nearly 10% of all deliveries for this variant. With 19 examples, its share of A350-1000 deliveries (33.3%) is even higher!

Reasons for the contrasting popularity

So why is there such a contrast between the two variants’ sales figures? Why would airlines turn down the extra capacity and range offered by the A350-1000? Several key factors may hold the answer to this question, one of which is the price.

As Simple Flying reported in January, the list price of a -1000 is $366.5 million. At nearly $50 million more than the -900 ($317.4 million), this adds up quickly when ordering multiple aircraft. This causes airlines to consider whether they can justify the cost of the extra range and capacity.

Better than it needs to be?

Finally, there is the matter of the -1000’s range and capacity, which initially made it seem preferable to the smaller -900. However, in reality, these figures are almost better than they need to be. In terms of range, there are very few routes that the A350-900’s 15,000km (8,100NM) range does not cover.

As such, the only real advantage of the -1000 is its higher capacity. However, that too has also become rather obsolete in light of the coronavirus pandemic. Of course, there will be a time when airlines do need such extra capacity once again. Here’s to hoping that that time isn’t too far away.

Have you flown on either or both of the A350 variants? Which is your favorite? Let us know your thoughts and experiences in the comments!

Will There Ever Be A Bigger Passenger Plane Than The Airbus A380?