Shane Bond, Mumbai Indians (MI) bowling coach, and former New Zealand speedster has reflected on MI spinner Rahul Chahar’s rapid rise in the Indian Premier League (IPL). A few days after Rahul Chahar managed to spin out the formidable batting unit of Kolkata Knight Riders (KKR) in the ongoing Indian Premier League (IPL) 2021, Mumbai Indians (MI) head coach Shane Bond has reflected on the rapid rise of the Indian spinner. Rahul Chahar has turned out to be a value for money addition at the Mumbai camp in the cash-rich league. Shane Bond: Rahul Chahar Has Got A Long Way 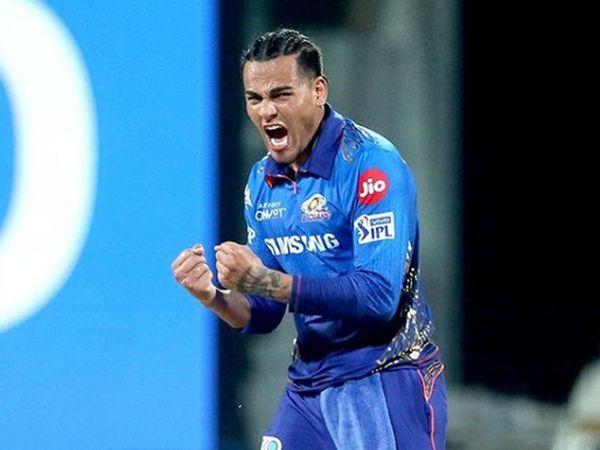 A few days after Rahul Chahar managed to spin out the formidable batting unit of Kolkata Knight Riders (KKR) in the ongoing Indian Premier League (IPL) 2021, Mumbai Indians (MI) head coach Shane Bond has reflected on the rapid rise of the Indian spinner. Rahul Chahar has turned out to be a value for money addition at the Mumbai camp in the cash-rich league.

Shane Bond: Rahul Chahar Has Got A Long Way To Go

Signed by the Rohit Sharma-led side at the IPL 2018 auction, spinner Rahul Chahar has cemented his position in the Mumbai Indians XI after a series of match-winning performances.

Speaking about his contribution to the Mumbai franchise, MI bowling coach Shane Bond lauded the spinner for his recent exploits in domestic cricket’s biggest extravaganza. Speaking during the traditional press conference ahead of Mumbai’s clash against Sunrisers Hyderabad (SRH), Shane Bond explained why Rahul Chahar is a key member of the Mumbai Paltan in the 14th season of the IPL.

“He is doing extremely well if you look at Rahul (Chahar), he is still an incredibly young man, who has played a fair bit of cricket and now some high-pressure cricket, and (in) finals and a key member of our team, so in terms of his development, I still think he is got a long way to go,” Bond said.

Shane Bond also said that Rahul Chahar is a good listener and the ace spinner is backed by premier bowlers including the likes of pacers Trent Boult, Jasprit Bumrah, and spinner Krunal Pandya all of whom can complement the ‘wicket-taking bowler’ of the Mumbai Paltan.

“We have got some outstanding strike bowlers to bowl in the power-play, Trent Boult, Booms (Jasprit Bumrah), and whoever compliments them, Krunal Pandya who is brilliant for us in the last game, probably slightly more defensive bowler. And Rahul is a wicket-taking bowler, you make him bowl those balls that are just too good,” Bond said.

The 21-year-old turned the match against KKR on its head with his 4 for 27 against the two-time champions. Rahul Chahar sent back the top four KKR batters (Shubman Gill, Nitish Rana, Rahul Tripathi, and Eoin Morgan) and registered figures of 4-0-27-4 that won him the Player of the Match award. Highlighting the wicket-taking traits of Rahul Chahar, Shane Bond recalled the match-winning spell of the Mumbai spinner.

“Example is just the powerful (balls he bowled) in the last game he bowled absolute jaffa, his role is to come and spin the ball and if the boys are around and create some pressure, it gives him the opportunity to take those wickets, so that’s the role we look for him to do in the team,” Bond added.

Rahul Chahar was adjudged the Man of the Match in Mumbai’s thrilling 10-run win over KKR at the MA Chidambaram Stadium. Rahul Chahar has till now picked 34 scalps in 33 IPL games averaging 25.55 with his career-best figures of 4/27 coming in the last outing against KKR.

Mumbai Indians showed confidence in this skillful leg spinner and gave him 13 of the 16 matches they played in 2019. There is no dearth of talent in him and he surely proved that in the 2020 season scalping 15 wickets, not letting the batsmen get away with his clever googlies.

List of cricketers who have withdrawn from IPL 2020 and...

Team Is United And No Friction In The Squad: N Srinivasan...