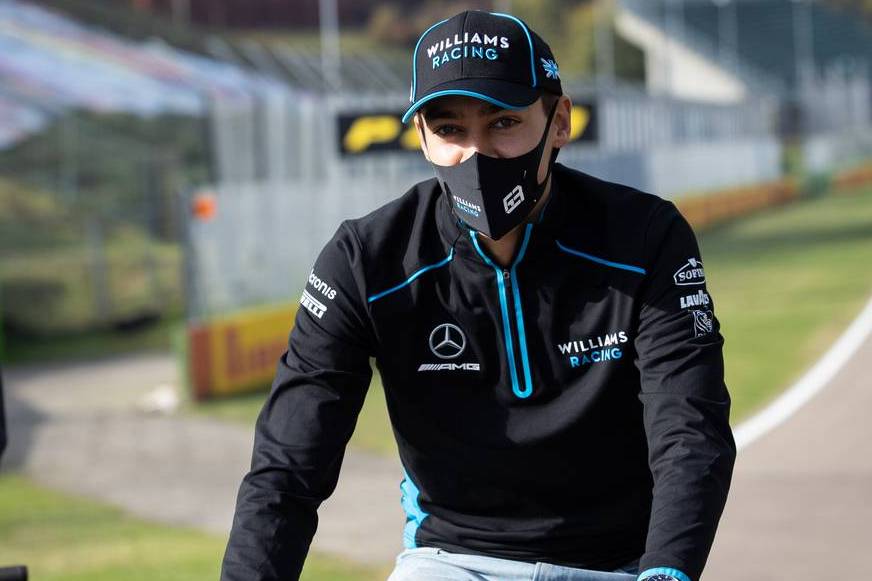 Williams acting team principal Simon Roberts has put to rest speculation over George Russell's future, confirming the Briton's presence on the grid with the British outfit in 2021.

Last weekend in Portugal, faced with rumors that Williams could part ways with Russell despite the 22-year-old being contracted to the team and sign up Sergio Perez, an evasive Roberts had refused to confirm the team's line-up for 2021.

But at Imola on Friday, Roberts ended the speculation in no uncertain terms.

"I probably caused a bit of confusion last week," said Roberts. "I’m sorry about that.

"We didn’t really want to comment on the driver position. As George said Claire made the announcement earlier this year.

"Nothing’s changed and this is our driver line-up for this year and next year. We’re very happy with them and we look forward to continuing to work with them."

Russell will therefore embark on a third season with the Grove-based outfit, his second alongside Nicholas Latifi whose position in the team was never questioned thanks to the funding provided by the Canadian.

The news implies that Sergio Perez's hopes of remaining on the grid next year hinge with Red Bull, with Haas expecting to entrust its cars next season to rookies Mick Schumacher and Nikita Mazepin.

The Milton Keynes- based outfit is likely to decide in the coming weeks whether it will retain Alex Albon alongside Max Verstappen or rely on a driver outside its pool of talent, in which case Perez is considered the favourite to inherit the coveted seat.

Ricciardo: We could be in for a crazy race at the Ring!