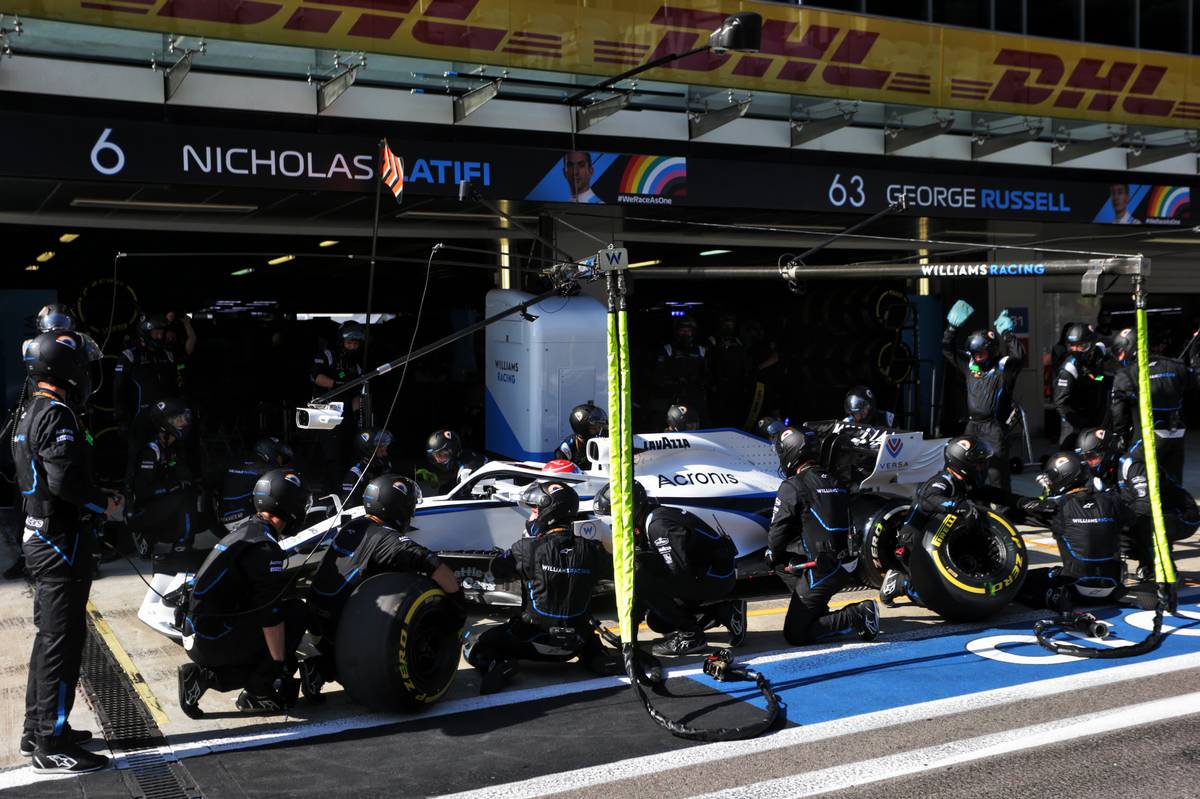 Williams' head of vehicle performance Dave Robson had admitted that the team has a lot of work ahead of it this weekend at the Autódromo Internacional do Algarve in Portimao.

The team suffered from the loss of practice time last time out at the Nurburgring, where poor weather forced the cancellation of both Friday practice sessions.

That was a setback to the squad's rolling programme of upgrades, and Robson said that he was hoping to get things back on track this weekend.

"Losing the Friday running in Germany has left us with a lot of work to get through this weekend," he said.

"We have some new aerodynamic test parts this weekend and the drivers will share the programme to understand if the new components are behaving as expected."

It's not just the team's development programme that will be taking up the time as the first half hour of FP2 will be given over to tyre testing for Pirelli.

On top of this it's the first time that Formula 1 has staged a race at Portimao, adding yet another level of complication.

"We have a busy few days ahead of us and are looking forward to a new venue, some warm sunshine and a productive weekend," said Robson.

"[It's] a modern facility with an interesting layout, reminiscent of Barcelona, but with much more elevation change. The final high-speed corner, which returns the cars to the main straight is likely to become a favourite with the drivers.

"Whilst the undulating circuit has never held a Formula 1 race before, it is not completely unfamiliar to the F1 fraternity as it was used for pre-season testing in the winters of 2008 and 2009."

He pointed out that Williams had one potential advantage over most of their rivals this week.

"Whilst the majority of drivers are yet to experience the Portuguese circuit, both George Russell and Nicholas Latifi are fortunate to have driven there in previous years."

In Russell's case, he took part in the FIA Formula 3 European championship staged at the circuit five years ago.

"It is a really great track and I haven’t raced there since 2015," he commented. "It will be a challenge for all of the teams with no previous data to rely on, which will hopefully mix things up."

"I am very excited to get on track at Portugal," added Latifi. "It is a track that I have only been to once on a test day quite a few years ago.

"From what I remember, it is a very technical track with lots of elevation changes and very steep changes too, it has a roller-coaster feeling.

"It should be very fun to drive, and it will be a new challenge for everyone to discover and find the setup," he said. "I am looking forward to that and hopefully we have a good weekend."

The post Williams 'has a lot of work ahead' in Portugal appeared first on F1i.com.

Vettel no fan of 'lottery' standing starts after red flags