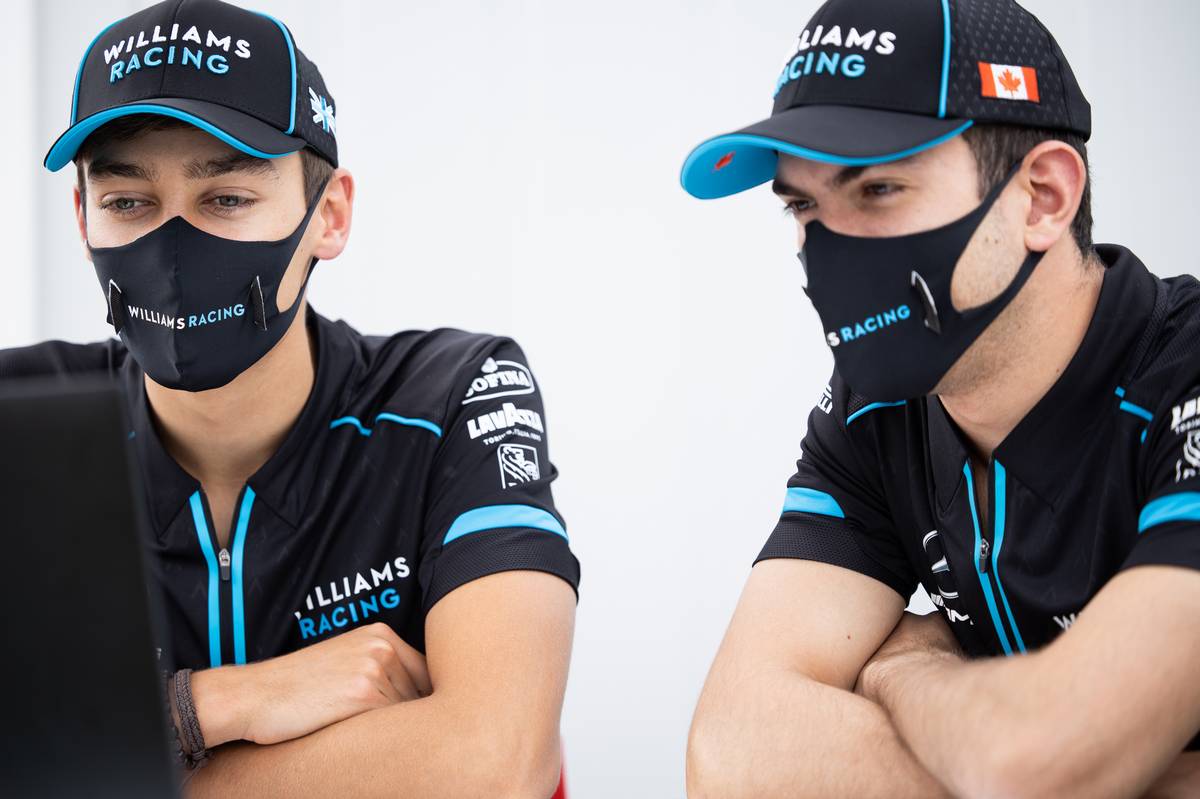 Williams team boss Simon Roberts refused to confirm whether George Russell and Nicholas Latifi's 2021 contracts with the British team are rock solid for next season.

Doubts have emerged over both drivers' 2021 deal following Williams' recent change of ownership. Both Russell and Latifi were confirmed for next year by Claire Williams last summer, but the outfit's takeover by Dorilton has thrown the validity of the contracts in doubt.

Russell's seat is seen as the most vulnerable as the British driver does not bring funding to the team, contrary to Latifi.

With free agent Sergio Perez and his Mexican backers searching a drive for 2021, the outgoing Racing Point charger may be vieed as an attractive proposition for Williams.

On Thursday, Russell insisted he would be racing with Williams next year, but interim team boss Roberts was asked to set the record straight on Friday at Portimão regarding his drivers' contracts, but the Williams man refused to offer any insight.

"There’s lot of speculation, there’s lots of good drivers around that are now looking for seats," Roberts said.

"Dorilton bought the team, and nothing changed. I can’t say any more than that."

"I’m not going to say anything about either of our drivers," added the Brit. "They’ve both done a great job. There’s so much speculation around.

“I don’t want to inadvertently fuel it. Someone will take some nuance of what I say, so we’re happy. Let’s watch the rest of the market.

"I’m just not going to talk about it. Dorilton bought the team, nothing changed with regards to the drivers.

"There’s just so much speculation and rumour, it’s crazy. It’s silly season after all. We’re not saying any more than that."