With a veteran back in the lineup, Coastal Carolina opens spring with Any Given Tuesday title

With the start of the spring college season, States Fort shelved a short stint as a cigar broker to get back to college golf. This COVID (...) 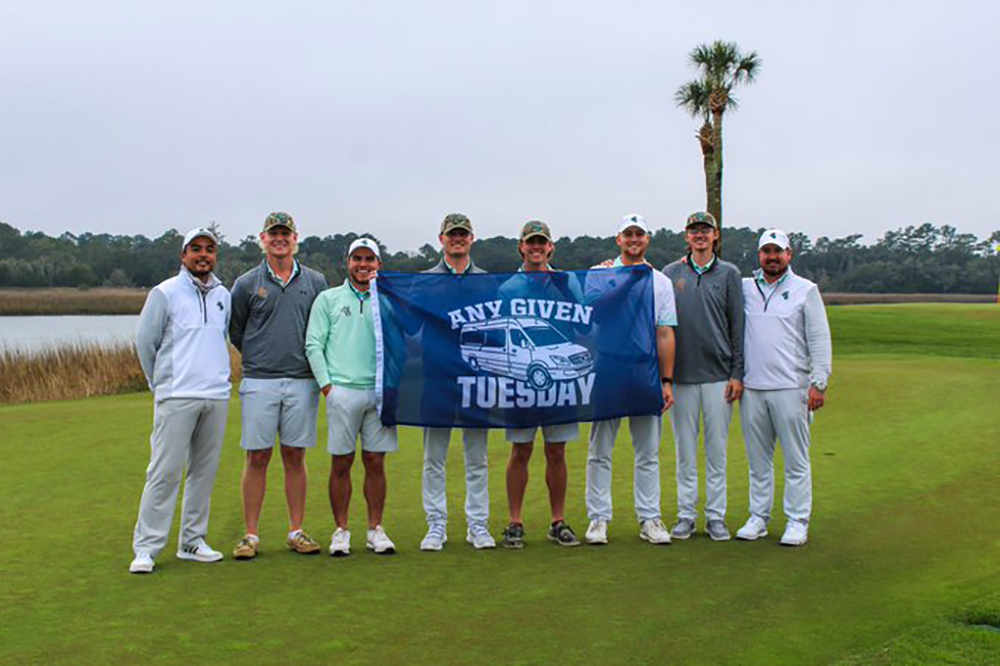 With the start of the spring college season, States Fort shelved a short stint as a cigar broker to get back to college golf. This COVID season has forced tough decisions and unusual circumstances, to say the least.

For the past six months, Fort, who has already earned bachelor’s degrees in accounting and marketing from Coastal Carolina, worked a remote job for Big Country Cigar Brokers. It was a low-key commitment with the small company he could maintain while also getting on the golf course and taking his fitness to the next level, which ultimately took his golf to the next level.

When college golf was shut down mid-March, Fort figured that was it. He interviewed a few days later for a job as a traveling cigar salesman, but then spoke with head coach Jim Garren about the possibility of a fifth year.

The only problem? Coastal Carolina had no tournaments on the schedule in August when the enrollment deadline passed, so ultimately Fort sat out the fall semester. He’s back this spring working on his MBA and competing with the team.

“I missed the guys,” Fort said of sitting out the fall. “It hurt so bad getting to watch them play well in the fall and not being there.”

With Fort back in the fold for Coastal Carolina’s spring debut at the Any Given Tuesday Intercollegiate, the Chanticleers have their first victory of the season – also their first team title since March 2019. Coastal Carolina, at 37 under as a team, won by 13 shots. Fort closed with bogey-free 65 at Oak Point Golf Club in Kiawah Island, South Carolina, and won the individual title by four shots.

Scores: Any Given Tuesday Intercollegiate

The win was a product of patience on a course where placement was key. Keep the ball in the fairway, and Oak Point is gettable.

While his team competed last fall, Fort worked, but he also got serious in the gym. Together with a few friends from church, he picked up a gym membership and started getting stronger.

Ultimately, Fort gained 15 pounds and picked up about 4 mph of clubhead speed, which translates to about 10 extra yards.

At the Any Given Tuesday event, each team was broken into two groups of three players as a COVID precaution. Everybody on Coastal Carolina’s roster had experienced that in the fall, except Fort. Every other player had also experienced the start-stop nature of this season. Coastal Carolina originally would have played a North Carolina-Greensboro-hosted event in Puerto Rico this week, but when that moved to South Florida then fell off the schedule, Garren added this one.

“We’ve played four tournaments this season, none of them were on the schedule in mid-August,” Garren said. “…We’ve gone through this four times now so we’re ready for anything that can come up, I guess, at this point.”

Everything is a bankable experience, in Garren’s mind, and the Chanticleers’ last two tournament starts have offered vastly different lessons. In October, Coastal Carolina ended its fall at the very bottom of the 12-team Maridoe Collegiate.

“We got our brains beat in,” Garren admitted. “The course beat us up.” 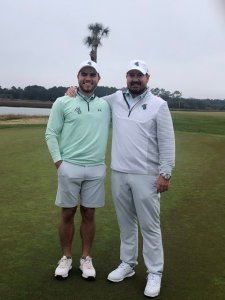 It made for low spirits at the end of the event, but Garren saw no downside to competing at one of the most notoriously difficult venues in amateur and college golf. Coastal Carolina had played there in 2018 and afterward, Garren thought the difference in his guys was noticeable. Maridoe exposes every weakness in a player’s game.

“I think it just makes you better,” he said. “Our guys worked so hard late fall after the season ended and over the winter. They’ve looked as good as they’ve ever looked since I’ve been here, and I think playing that type of event has a lot to do with that.”

In a typical year, Costal Carolina will compete in five different time zones. Winning is important, but Garren wants to see how his men stack up against better teams, too. The spring schedule looks a lot more regional than usual this year, and it started with a lighthearted week in Kiawah Island. Teams stayed in houses rather than hotels and Coastal Carolina had a veteran back in the fold in Fort.

Garren wonders if across the country, the quality of play has risen with more schools going to hybrid-model classes and players having more time to play. There’s this, too: College golf can go away in an instant – and come back just as quickly.

Many players may find some extra gratitude in knowing that. Fort, for one, leaves Kiawah Island validated.

“Seeing the team win today, it made it all worth it.”

'This isn't the end of my story:' Kamaiu Johnson withdraws from Farmers Insurance...

Watch: Tiger Woods prepping for U.S. Open on the practice...