With Phil Mickelson, Ernie Els & Jim Furyk, the Champions Tour might be onto something

When was the last time you paid attention to the PGA Tour Champions before Phil Mickelson won his debut on the 50-and-over (...) 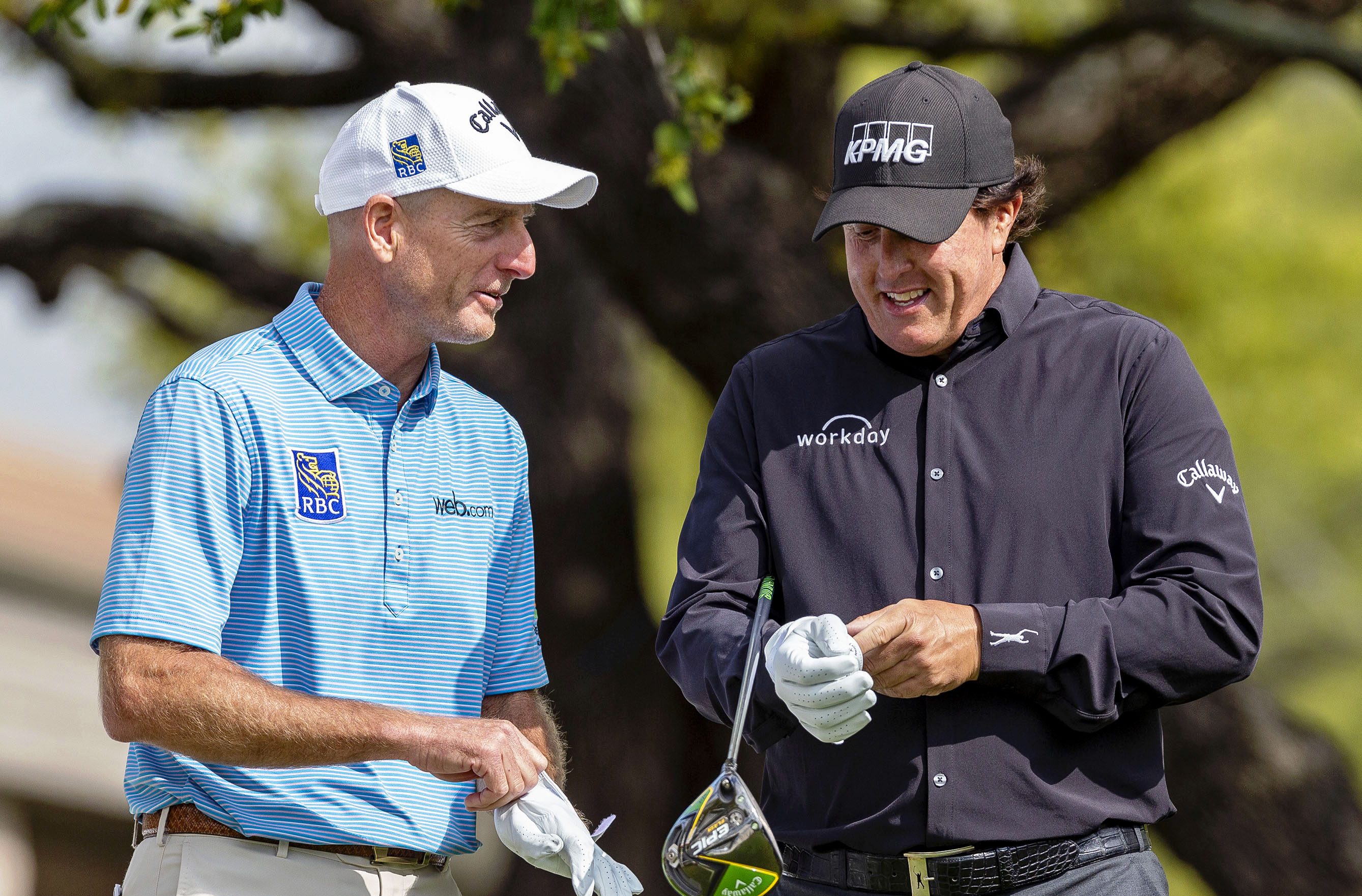 When was the last time you paid attention to the PGA Tour Champions before Phil Mickelson won his debut on the 50-and-over circuit earlier this week?

Was it when Jim Furyk won his debut on that tour earlier this month? When Ernie Els won in his third start on the tour in the pre-pandemic era of golf?

For too many golf fans, the PGA Tour Champions has been a tour they don’t think about at all. Yes, there is excellent competition on that tour, and there are some big names floating around the tour like Colin Montgomerie, Bernhard Langer and Fred Couples. But in the last decade, the PGA Tour Champions circuit hasn’t been a big drawing card for television ratings or in some cases on-course galleries.

The reasons for that are plenty, from top players sticking on the PGA Tour after they turn 50 to winning players on the senior tour who lack the household-name status for most golf fans to the burgeoning interest in the regular tour.

But now the senior tour has Mickelson, one of the game’s most popular players over the last three decades. What Mickelson brings to senior golf is something that the PGA Tour Champions has always fed on: star power.

In the early days of the Senior PGA Tour, there were excellent players such as Julius Boros, Roberto De Vicenzo and even all-time great Sam Snead. But it was when Arnold Palmer joined the tour in 1980 that the 50-and-over circuit took a step into the consciousness of most American golf fans.

Ten years later, it was Jack Nicklaus turning 50 that made fans take notice of the PGA Tour Champions. Then two years later, Lee Trevino added his enthusiasm to the senior tour. It seemed like every few years a senior rookie would come along and get fans focused on the senior circuit again.

Of course, not every superstar eligible for senior golf plays much on the PGA Tour Champions. While Lee Trevino started 396 times on the senior tour and Tom Watson played 211 times, Nicklaus played just 84 senior events after turning 50. Greg Norman played just 14 senior events, and they tended to be the senior major championships. Davis Love is 56 and has played just 21 senior events while playing more than 70 regular tour events in that time.

A talented group of senior rookies

But this current crop of 50-year-olds has something a little more going for them than some recent senior rookies. Els, Furyk and Mickelson are all major championship winners and all have golf pedigrees that go well beyond their major wins. Ryder Cups, Presidents Cups, World Golf Championship, domestic and international victories come with each golfer. They are, at 50, still more recognizable than many players on the regular tour, even though their consistent winning days are behind them.

There is an appeal to senior golf for players, as Mickelson pointed out. It was great to be back with many of the golfers he has played much of his career against, and the course was set up to be less penal than a regular tour course. Mickelson could spray his driver and still find fairways, something that is tougher to do on the regular tour.

A 19-picture homage to Phil Mickelson in shades 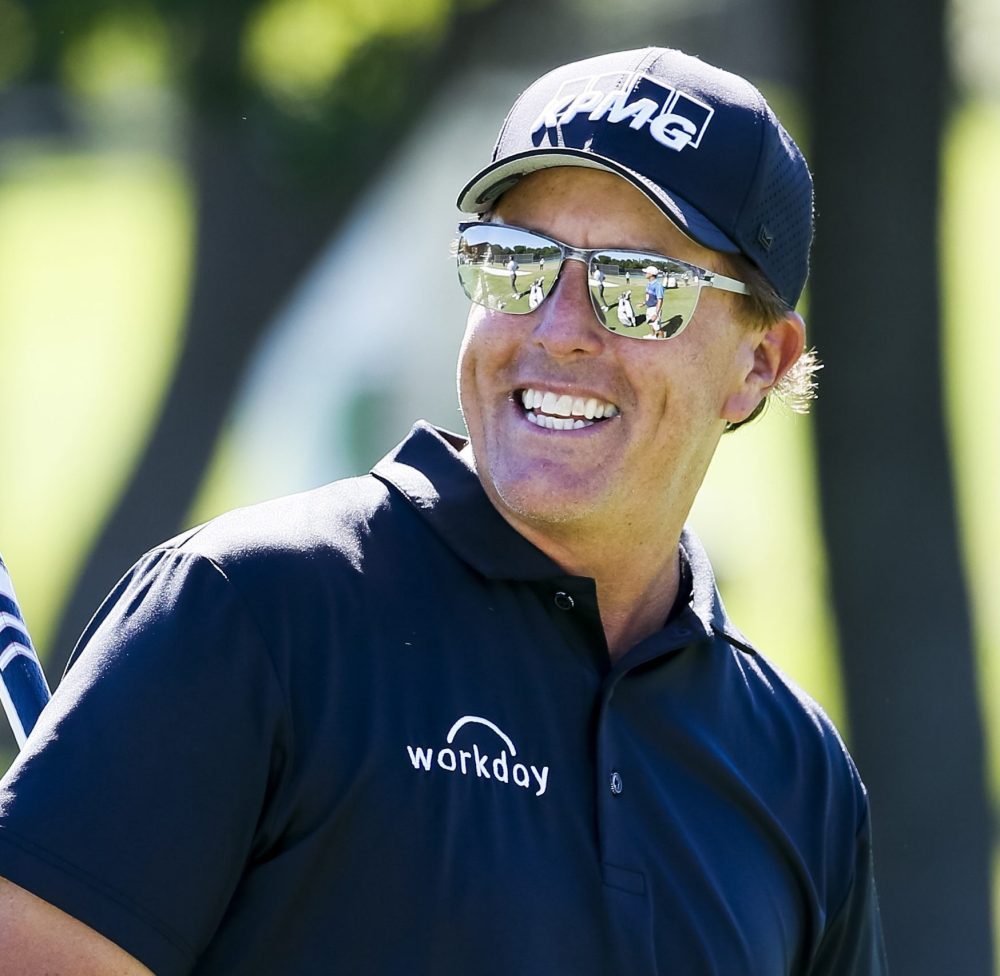 view 19 images
Maybe Mickelson, Els and Furyk will follow a familiar path like other players the last few years, playing little senior golf but mostly senior majors, while playing limited schedules on the regular tour. But even if all three follow that direction, it is still a boost for the senior tour, which needs a boost every few years.

And the presence of those three players alone might make for a pretty interesting U.S. Senior Open next July in Omaha.

Larry Bohannan is The Palm Springs Desert Sun golf writer, part of the USA Today Network. He can be reached at larry.bohannan@desertsun.com. Follow him on Facebook or on Twitter at Sun.@Larry_Bohannan.

Tiger Tracker: Woods off to best start of the week, 2 under at the turn

Phil Mickelson: 'This is the worst I've played in the last...

Danielle Kang sizzles in the desert to share early ANA...