The 25-year-old woman sustained critical injuries after falling from the 'Hangover' ride in front of family members and friends at the Cairns showground. 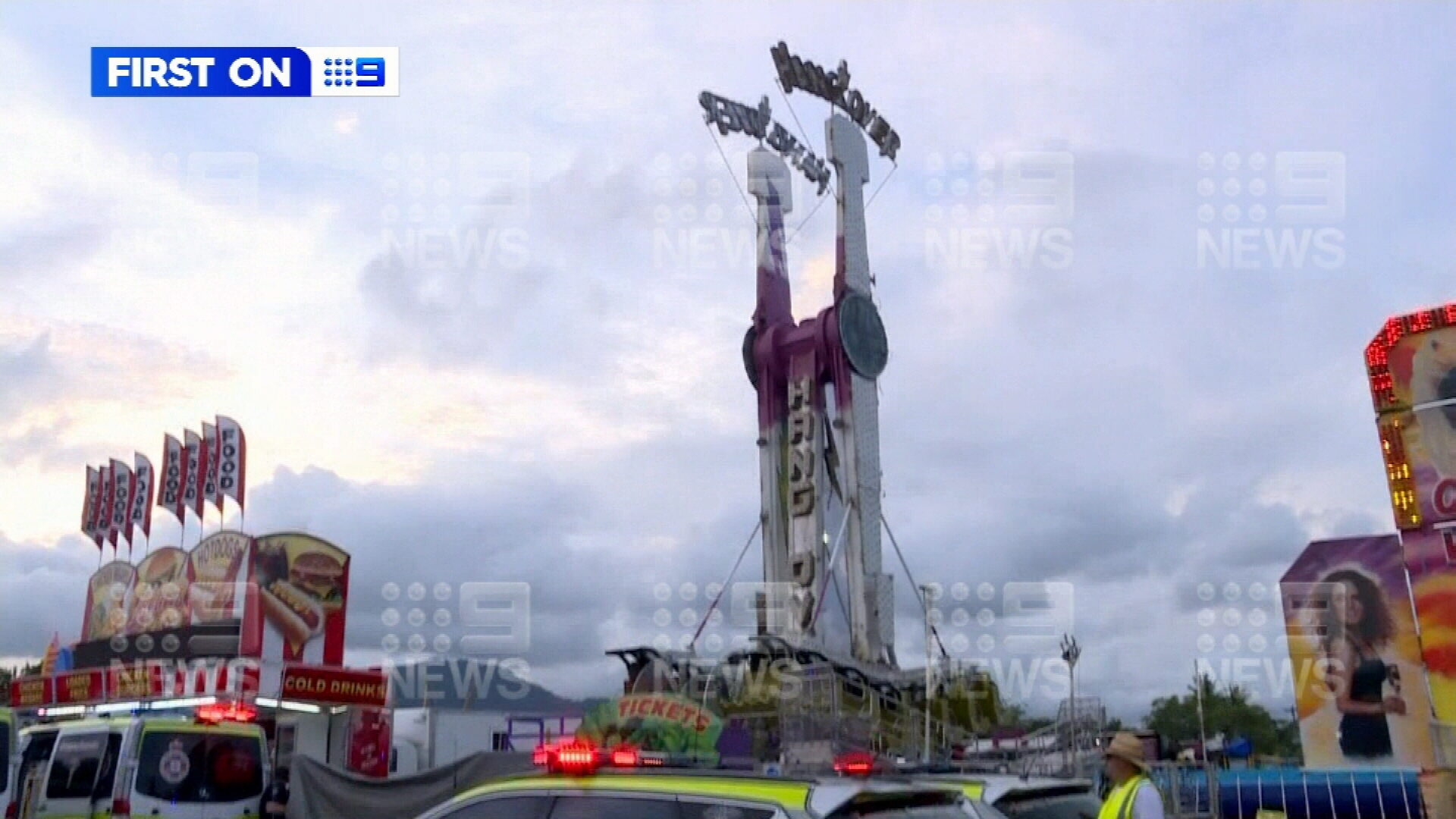 A Queensland woman's condition has stabilised in hospital but remains critical as she fights for life after falling up to 30 metres from an amusement park ride in Cairns.

Paramedics were called to the 'Showfest' event at Cairns showgrounds on Scott Street at about 5.30pm yesterday.

The 25-year-old woman sustained critical injuries after falling from the 'Hangover' ride in front of family members and friends at the showground and was taken to Cairns Base Hospital. 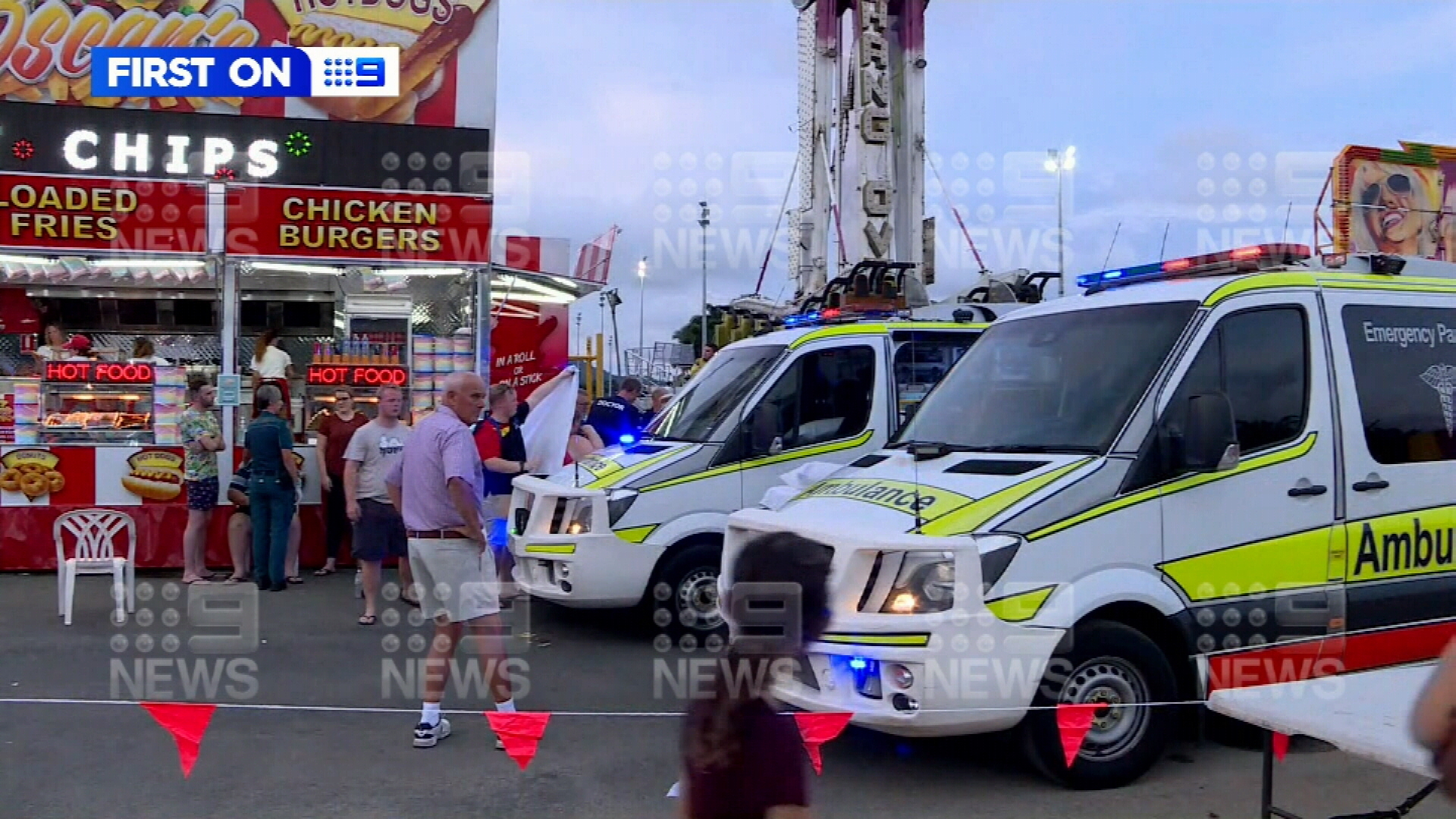 9News understands the ride the woman had been on has been shut down however other rides at the park remain open.

'Showfest' claims its event is the "greatest show on Earth". Organisers today released a statement to say they're "deeply shocked and saddened" by the incident and are "working closely" with police to investigate.