August 13th is celebrated as the ‘international left-handers day’ and is usually spent by commemorating quality left-handed cricketers produced in the past and present. The history of the ‘left-handers day’ goes back to 1976, when the founder of the Left-handers International, Inc, Dean R. Campbell observed it for the first time. Now, former Indian legend,… 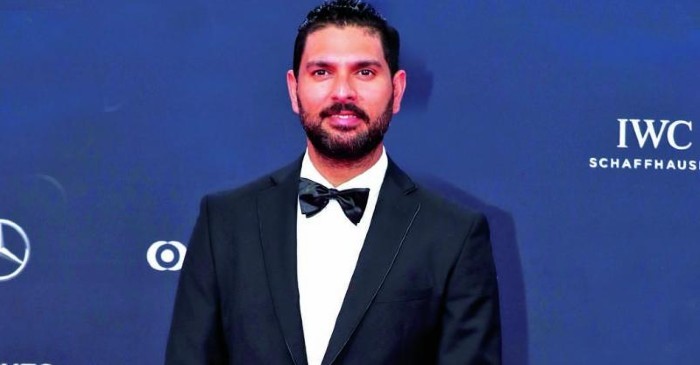 August 13th is celebrated as the ‘international left-handers day’ and is usually spent by commemorating quality left-handed cricketers produced in the past and present.

The history of the ‘left-handers day’ goes back to 1976, when the founder of the Left-handers International, Inc, Dean R. Campbell observed it for the first time.

Now, former Indian legend, and one of the best genuine left-handed all-rounders witnessed by the game, Yuvraj Singh, has named his best four left-handers in the world.

“Here’s a tribute to some of the greatest left-handed legends the game has produced. Add on to this golden list and share with me your favourite left-handed batsmen #InternationalLeftHandersDay,” Yuvraj tweeted.

Yuvi shared a collage of four of the greatest southpaws of the game, namely Brian Lara, Adam Gilchrist, and Matthew Hayden.

Here’s a tribute to some of the greatest left handed legends the game has produced. Add on to this golden list and share with me your favorite left-handed batsmen #InternationalLeftHandersDay pic.twitter.com/wovMFYSQoR

A lot of the credit of Yuvraj’s excellence at the highest level must be attributed to Ganguly, who backed the Punjab powerhouse’s abilities. ‘Dada’ was also known as the ‘God of the Off-side’.

The glorious feats of the Calypso legend, Lara, is a part of folklore. The ‘Prince of Trinidad’ notched up the highest score in Test cricket twice, during his epic knock of 375 and 400*. Lara ended his career amongst the highest run-scorers in international cricket.

The hit opening pair of Hayden-Gilchrist was feared by many. The Australian duo revolutionized ODI cricket with their attacking abilities. Their contribution to white-ball cricket in tandem remains insurmountable.

Top IPL franchises also paid tribute to their left-handed in the team with their respective tweets.

Cricket without left-handers wouldn’t be right! ????

I Would Want To Genuinely Watch What KL Rahul Does In This...

Tom Banton Is A Better Version Of Kevin Pietersen: David...

Too Early To Compare Tom Banton With Kevin Pietersen: Graham...