Zurich Classic: The budding bromance of Patrick Cantlay and Xander Schauffele comes to the Big Easy

Ever since the Sentry Tournament of Champions in January, Patrick Cantlay has been hounding his pal Xander Schauffele to partner with (...) 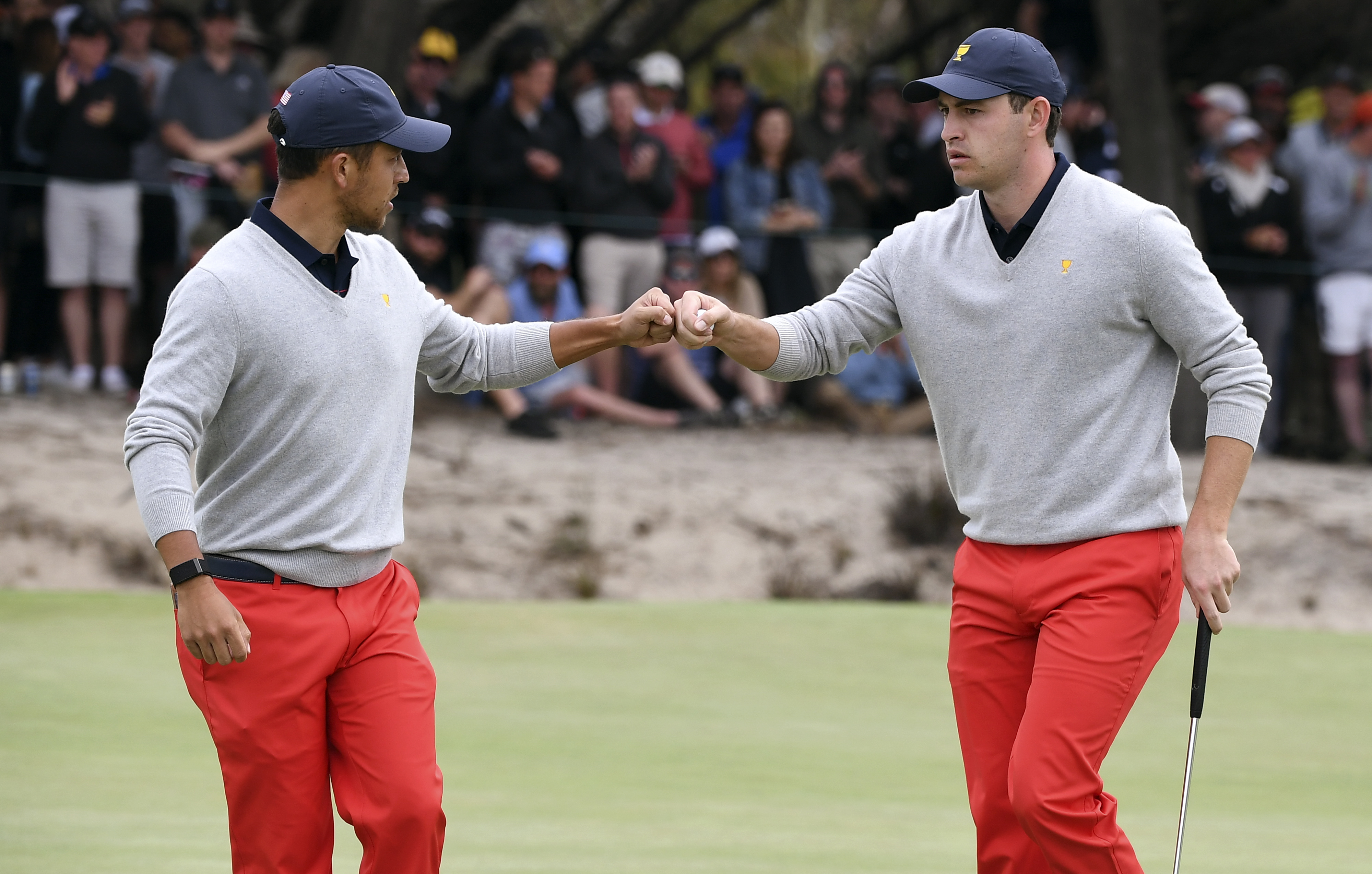 Ever since the Sentry Tournament of Champions in January, Patrick Cantlay has been hounding his pal Xander Schauffele to partner with him at this week’s Zurich Classic of New Orleans. To hear Schauffele tell it, he enjoyed playing the role of hard to get, especially as Cantlay put on the full-court press with members of his team, including instructor Jamie Mulligan and manager Preston Valder, sending text messages on Cantlay’s behalf.

“I was kind of messing with Pat,” Schauffele conceded. “I had a little inside game with Jamie to lead Pat on for a few months here, even though I was kind of committing to playing anyways.”

These two SoCal natives have known each for a long time, with Schauffele still remembering the time in 2012 when he got schooled by Cantlay at a college tournament at CordeValle when Cantlay was the top-ranked amateur in the country for UCLA and Schauffele a freshman at Long Beach State (before transferring to San Diego State University).

“My coach at the time at Long Beach wanted me to play with the top player in the world to kind of compare and Pat shot a swift little 65 there and I think I shot 78,” Schauffele recalled.

His takeaway from that first encounter?

“He was way better than me and I needed to get better at golf,” Schauffele said. “I’ve come a long way here.”

Indeed, he has. Schauffele couldn’t remember whether he was the last one into the Zurich Classic field in 2017 or not, but he was “auto-paired” with journeyman pro Tag Ridings.

“I was just happy at that point in my rookie year to get in,” Schauffele said.

With Cantlay, they form the highest-ranked team in the field this week with both players in the top-10 of the official World Golf Ranking (Schauffele No. 5, Cantlay No. 10). The budding bromance between Cantlay and Schauffele ignited at the 2019 Presidents Cup in Australia when they bonded playing gin on the flight and ended up as partners in all four of the team sessions of the international biennial competition. Ever since, they’ve become regular practice-round partners.

“It’s very competitive, and we feel like when we play against each other it sort of sharpens ourselves for the best week possible,” Schauffele explained. “We know our games inside out, I think that will give us an advantage.”

There is much to like about their game and where they could be headed. Schauffele is coming off a tie for second at the Masters while Cantlay has a victory at the Zozo Championship in October and runner-up at the American Express in January before cooling off with missed cuts in consecutive events. But their futures both appear so bright they ought to wear sunglasses at night.

“You all seem to write articles saying that we’re under the radar or unsung or whatever, you guys have better adjectives for that,” Cantlay said.

When asked which player was funnier, Schauffele answered first: “Both rather dry, I would say. I’m definitely more sarcastic than Pat is. Pat is much more linear than I am.”

“We have fun though,” Cantlay said. “We think about life and golf very similarly. We each have a little different strengths in our golf game, but all in all I think we’re both all around pretty solid tee to green and on the green. So nothing too flashy about what we do.”

This week may end up being a nothing-too-flashy test run for a starring role on Team USA at the Ryder Cup in late September. It hasn’t gone unnoticed by U.S. team captain Steve Stricker that they could be a reliable pairing at Whistling Straits and for years of team competitions to come. But making a good impression with Stricker isn’t foremost on their mind this week.

“He knows that I would love to play with Pat and vice versa,” Schauffele said. “It’s a fun week that we don’t get to do very often. Yes, it’s a Ryder Cup year, but I think it’s moreso Pat and I are buddies and we’re definitely trying to win this golf tournament.”

A once-proud Augusta golf club is now up for 'auction'...

Zozo Championship moves to the West Coast amid coronavirus...